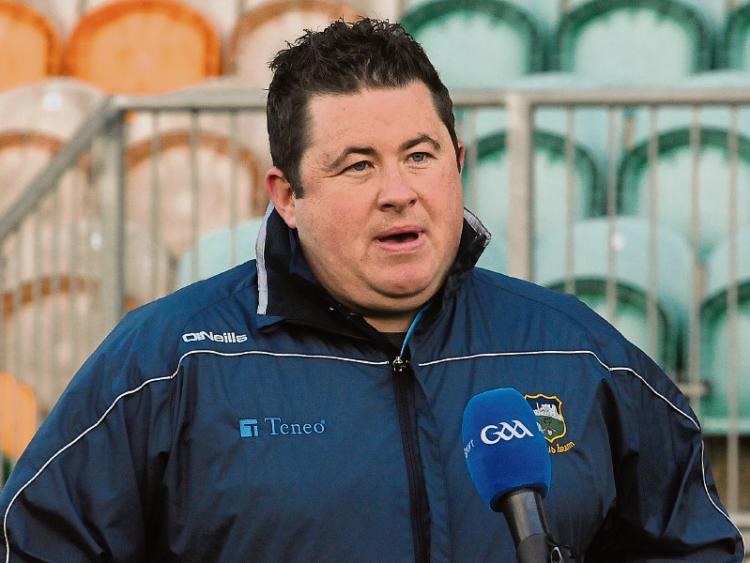 Tipperary Manager, David Power said it was pleasing to see his side fight back against Leitrim Picture: Willie Donnellan

Tipperary Manager, David Power was happy to come away with the two League points on Sunday and admitted Leitrim had their homework done on his team.

“It was always going to be nervy up here. I think the pleasing thing for us is that we went two points down and it looked like we were in bother, but we came back. I thought last Sunday (against Offaly) was a way more composed performance,” he said.

For Leitrim, he knew that this was their big match: “They were looking at this for the last number of weeks so we knew this was going to be a massive challenge. Ultimately it was about getting the two points and that’s what we did, thank God.”

David said that Donal Wrynn caused them a lot of problems. “He was very good and he caught a lot of ball. We lost our way there, but at least we fought back and that was the pleasing thing for us.

“At times there was a lack of movement, but a lot of that is down to Leitrim doing their homework as well. That’s a thing that we’re going to have to work on during the week. We all know we didn’t play well today, and in order to get a performance next Sunday (at home to Clare), we’ll have to improve by a huge amount.

David said it was good that there was pressure on them going into the Munster Championship.

“It was important to get a win and it’s been great preparation for the championship to have two good matches,” he said.

He was without the services of two of his star players on Sunday (the injured Steven O'Brien and Philip Austin) and admitted it is very hard to tell if they will be involved next weekend. “It’s going to be touch and go, hopefully we’ll know more by Wednesday night,” he said.

Finally, asked about his remarks the previous weekend and his criticism of Leitrim in not travelling to Newry to take on Down, the Tipperary manager did not withdraw his remarks but would not be drawn any further, simply stating that “the decision last weekend was last weekend.”