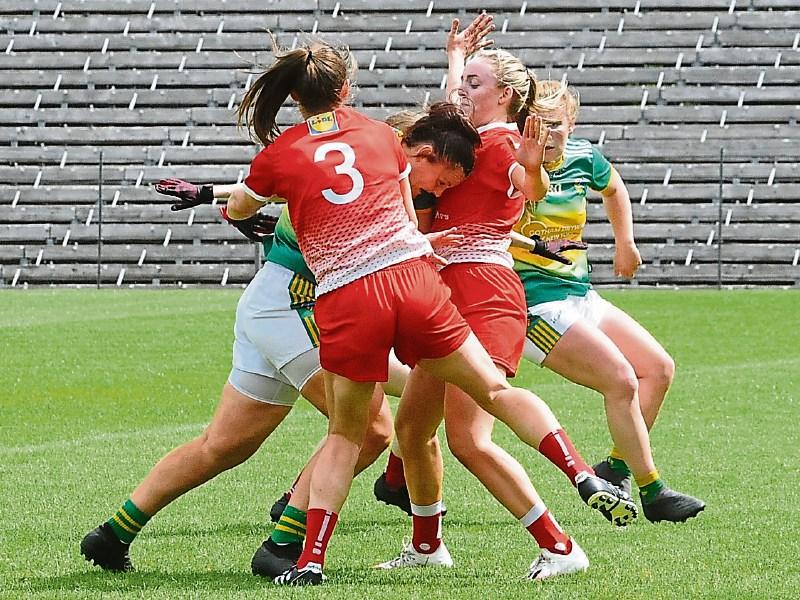 Where, where to begin? After an incredible week for Leitrim sport, I'm just left wondering what exactly do I talk about in this week's column for there are no shortage of dramatic stories, heartbreak and joy!

Although he is a true son of Sligo, Leitrim, and Manorhamilton in particular, have a big stake in the fortunes of young Dean Clancy who claimed a superb victory in the European U22 Boxing Championships in Italy last Thursday, finally getting the gold medal after two previous silvers at continental underage events.

From reading the reaction of the Irish boxing community, it seems that Clancy is a right good one and when he ended his tweet with “#Paris2024” once he collected his medal on Thursday, I don't think anyone with any knowledge of the boxing game would bet against the Sean McDermott Clubman from reaching the Paris Olympics.

Of course, he is a Sligo man but with a Manorhamilton father and training out of John Gilligan's medal factory in the Bee Park Resource Centre, I think we can claim him as one of our own - well done Dean and all his team at Sean McDermott Boxing Club on a truly amazing achievement.

Now, I can't say I'm a great fan of racing, I suppose like many of you, it might be the occasional office pool on the Grand National or wager on Cheltenham but I know enough to recognise the achievement of Cloone's Shane Kelly who rode Rohann to glory at the Wokingham Stakes at Royal Ascot last weekend.

The 42-year-old native of Drumbore in Cloone was clearly delighted with his victory on the David Evans trained horse as he commented “It's just wonderful when it all works out. I've had a few near misses before in the past but it’s a flagship meeting, and to get a winner at Ascot after all these years is fantastic.”

Again, congratulations to the UK based Kelly on a wonderful achievement in his career.

I am a bit more familiar with the exploits of Gerard O'Donnell alright - athletics is my big passion, no matter what I say about the Dubs or Everton and although it might be easy to become blase about the Carrick AC's hurdlers achievements, a fifth national title in a row is nothing to be sniffed at!

Got to say though that Gerard might make it a bit easier on all of us watching as he specialises in come from behind victories but perhaps that is what makes it all the more exciting. Five in a row, a sixth in all, I was joking with Gerard during our interview that he has to win five more to top the all-time winners list in the event - not asking for much am I?

Again congrats Gerard and great to see his work off the track as a coach bearing fruit too. Congrats too to another budding coach in Rio Olympian Breege Connolly who has been advising new Women's 5,000m champion Aoife Kilgallon of Sligo - great to see the knowledge and expertise of two great ambassadors for this county being put to great use, something Colin Griffin did with outstanding results in his own career.

It wasn't all joy at the weekend however because for every winner, there is someone who sees their dreams cruelly dashed. Eanna Madden filled what is described as the toughest position in sport when he finished fourth over 200m in Morton Stadium on Sunday. Yet, given a tough 18 month spell hampered by injury, fourth was a huge statement from the Mohill man and indicative of his raw talent. We might have also seen a glimpse into the future as Eanna returned to the 400m - watch this space with interest.

But when it comes to heartbreak, Clones was the place to be! I'm not sure I've ever gone to a Leitrim game of any description more confident of a win for the Green & Gold. Nothing in sport in guaranteed - just ask Kylian Mbappe and France, I don't think anybody saw that coming.

I'll be honest - I didn't see a Louth victory coming either, Hugh Donnelly's team were too powerful and too athletic for the Wee County and while I was expecting a tough battle (I was seriously impressed with Louth despite their eight point defeat in Ballinamore), I was sure Leitrim would prevail in the end such is their talent.

Trying to work out what exactly happened still has me baffled but you can't deny that Louth were the better team for long parts of Sunday's game, they did their homework and did it very well and they deserved their win.

Yet! Yet! But for two goals direct from misplaced Leitrim kickouts and a couple of wonder saves from Louth keeper Una Pearson, it would have been Leitrim celebrate and not the Wee County - such are the small margins in sport.

If the last week showed us anything and I'd include the Euros in this too, it showed us the majesty and drama and heartbreak and joy of sport at its most basic human level. It is the reason we keep coming back to it, the reason Leitrim Ladies will pick themselves up for the championship, the reason Dean Clancy and Gerard O'Donnell will keep pushing on because there is truly nothing like it!