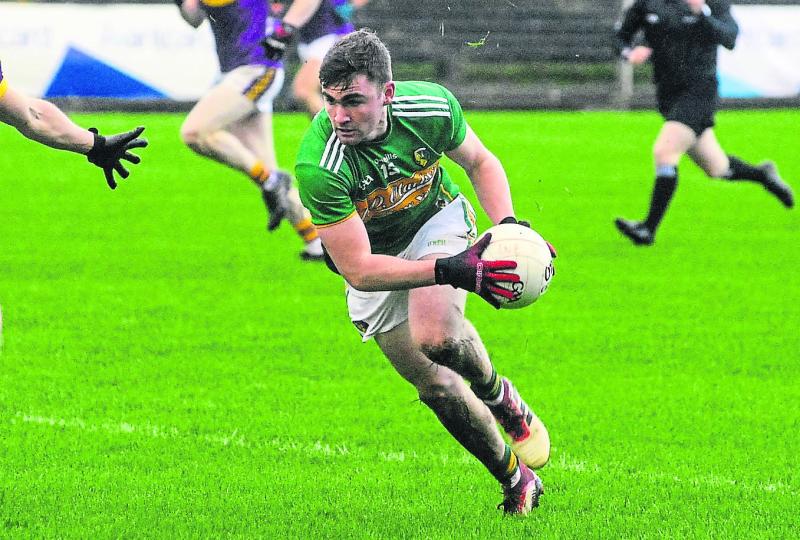 Leitrim star Ryan O'Rourke has been ruled out of the Connacht SFC clash with Mayo Picture: Willie Donnellan

Star forward Ryan O'Rourke will play no part in the Connacht Senior Football Championship clash with Mayo as the injury woes of the talented Fenagh St Caillin's player has again struck.

Leitrim manager Terry Hyland revealed the news that the Green & Gold would be without O'Rourke for the Connacht Semi-Final clash with reigning champions and All-Ireland finalists Mayo in Elvery's Mac Hale Park on Sunday July 11 (2pm throw-in) as he chatted with the Observer in the lead-up to the game.

Asked about if the speedy O'Rourke would be involved in the Mayo clash, Terry said "Ryan is not going to be, no, not at this stage to be fair. He is back and he is doing a little bit of training."

The Fenagh man missed last year's championship clash with injury and has suffered from hamstring problems during his career, most notably when he had to leave the field in the first 15 minutes of the 2017 Connacht U21 Championship clash with Galway and Hyland believes that Leitrim must find the root cause of the Fenagh player's struggles.

"I suppose where we have to look at Ryan is get him ready for the future," mused Hyland, adding "Ryan has been like this for the past four or five years where he gets a three or four game stint under him and suddenly picks up a hamstring or another kind of an injury. He picked up that injury last year, he had come back and suddenly he picks up a hamstring so it is a case of assessing why and getting him right for next season."

Answers needed but what are the questions

John Connolly talks what are the roots causes of Leitrim's struggles, a powerful Ladies display and a tribute to the late Aiden Crossan

And while Hyland admits O'Rourke is a big loss to his team, someone must step up to take his place: "There is some good talent in the Leitrim forwards. At the end of the field is probably where Leitrim is strongest, in the forward division. Ryan is a hell of a player, there is no point in saying he is not.

SEE MORE FROM TERRY HYLAND ON WWW.LEITRIMOBSERVER.IE AND IN NEXT WEEK'S LEITRIM OBSERVER