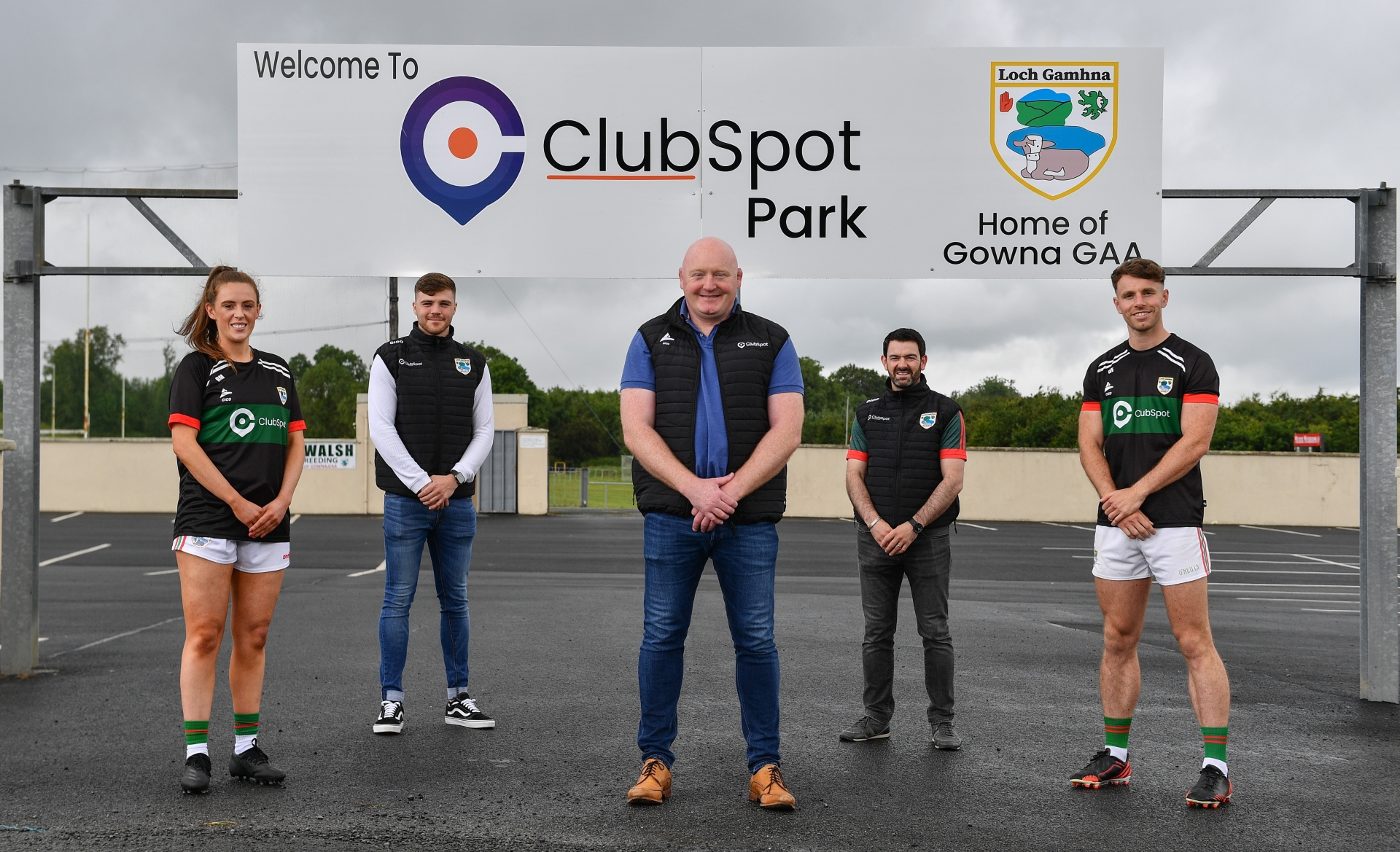 A Cavan GAA club has created history by becoming the first GAA club to sell the naming rights to their club grounds when they teamed up with local sports-tech startup ClubSpot.

Gowna GAA have been creative in their efforts to raise funds post-Covid-19 and announced their groundbreaking deal with ClubSpot at a special launch at the new ClubSpot Park on Tuesday afternoon.

ClubSpot was founded by Gowna GAA player John Hyland and creates mobile apps for sports clubs in order to help them communicate with their members and boost their revenues by providing a system to manage club news, events, messaging and online fundraising.

In what is the first deal of its kind in Ireland, Gowna GAA are creating a new revenue stream that will surely be adopted by sports clubs up and down the country.

Like many small towns and villages, Gowna GAA club is the heart of the local community and the benefits of this are not lost on ClubSpot founder John Hyland. John remarked: “I’ve been very lucky to be a part of this club all my life, and I am delighted to now be able to contribute to the running of the club. I am still involved in fundraising with Gowna and understand the difficult times many clubs are experiencing. I set up ClubSpot with the goal of making it easier for clubs to raise funds and communicate with their members. Thankfully we are now doing this for many clubs across the country.”

Last year, Gowna GAA became one of the first GAA clubs in Ireland to launch their very own mobile app, and they are now partnering once more with ClubSpot to blaze a trail in commercial partnerships for grassroots clubs.

Strategic Advisor Bernard Jackman said: “ClubSpot are providing an elite-level service to grassroots clubs. We understand the sacrifice and work that goes into sport at a grassroots level and we wanted to develop a product to make life a little bit easier for the many volunteers who are the backbone of community-based clubs”.

Gowna GAA have big plans to further improve their facilities, including the installation of a brand new all-weather pitch this year. Catering to over 20 Mens and Ladies teams, the club must continue to seek new areas for growth as they aim to provide more value to their local community.

Gowna GAA now rely on ClubSpot to power that growth, using their system to manage membership, communicate with players, fundraise online and manage all club events.