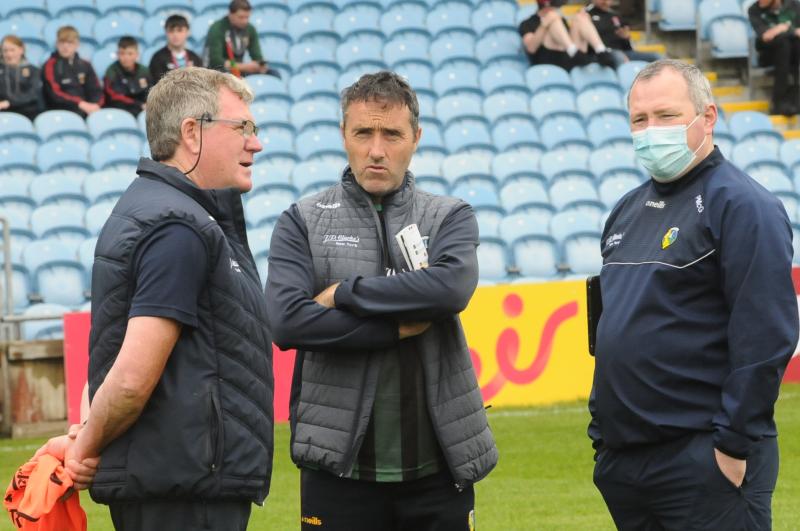 Terry Hyland was in no mood to make excuses or gloss over what happened last Sunday. Just consider his first words when chatting with the media: “To be honest with you, we were outclassed and outgunned and that was it, we were probably caught in most sectors of the pitch and we weren’t just fit to live with them.

The Leitrim manager agreed that defeats like last Sunday will cause players to question their involvement in the inter-county game: “To be fair to the guys, they are frustrated, they are in bad form, they are the guys who will get it in the neck for the next three or four days, through no fault of their own.

“You saw that when the national league games are over, a lot of lads decide they want to go back with their clubs and it is very hard to retain players in a system if they feel they are going to get a hockeying. That has been a problem that has been there, it is not new, that has been going on for the last ten years.

“The system needs to be balanced so that it allows them the opportunity to stay on and improve. Again, the Leitrims of this world, what happens is they go out and get a beating like that, they close the kit bag, they don’t open it up for the next six or seven months and they start again and they’ve lost too much ground because they haven’t got enough game time in between.”

Looking back over his three seasons with the Green & Gold, Terry sees an increase in standards but admits Leitrim may have fallen back: “You are going to have good days and unfortunately today was one of those bad days. We will get days when we had a lot of fun, they got a Division 4 Final, the boys enjoyed that, the people of Leitrim all enjoyed that and unfortunately as a group, we haven’t built on that.

“Now, it is not a case that Division 3 or 4 getting worse, they are actually improved but the other teams are pulling away probably at a greater speed.”