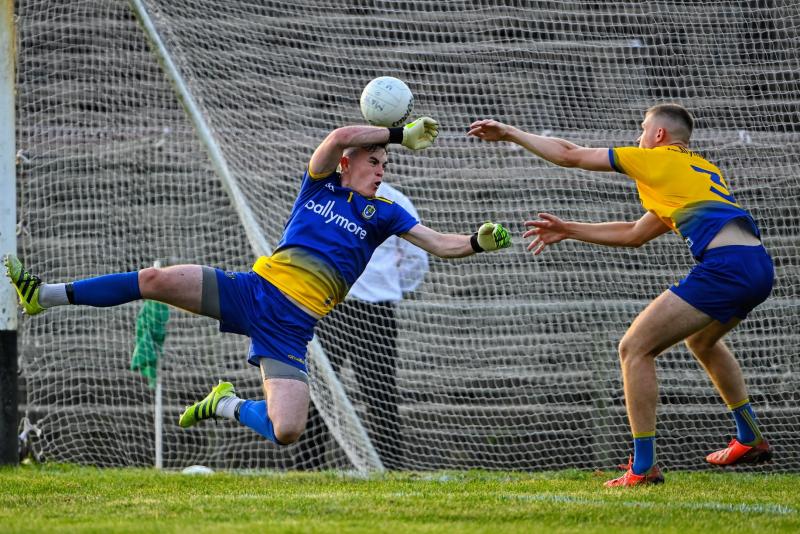 Roscommon were crowned Connacht U20 Champions in Elvery’s Mac Hale Park on Wednesday evening after they overwhelmed favourites Mayo with a fabulous second half display.

Roscommon, who beat Leitrim in the first round of the competition, actually failed to score before the first water break but from then on, they took over completely, out-scoring Mayo 2-11 to 1-4 for the remainder of the game.

It will come as some slight consolation to the Leitrim players that a team they had matched for all of the first half in their game at the beginning of the month went on to win the Connacht title in such dominating style.

However, it will also increase the anguish over the ten minute spell either side of halftime that saw Roscommon score 4-3 after Brendan Guckian’s side were reduced to 14 players with a black card for Gavin Reynolds.

A slow start from Roscommon meant Mayo held a 0-3 to 0-0 lead at the first water break thanks to points from Jack Carney, Jack Mahon, and Conall Dempsey but Roscommon out-scored the home team 0-5 to 0-1 for the rest of the half with points from  James Fitzpatrick (2), Darragh Heneghan, Ben O’Carroll and Daire Cregg.

That gave Roscommon a 0-5 to 0-4 halftime lead and they took complete control of the tie when Adam McDermott, their excellent full-forward, blasted to the net after 40 minutes.

However, it looked as if Mayo had found a way back into the contest when referee Thomas Murphy awarded them a penalty and sin-binned captain and full-back Colin Walsh. However, keeper Conor Carroll made a superb save to deny Jack Mahon’s spotkick.

Despite being down to 14 players, Roscommon made sure of the victory with a superb goal from man of the match James Fitzpatrick while Mayo were denied a goal thanks to a brilliant Walsh block on the line.

Mayo did find the net with an injury time goal from the penalty spot but it was nothing more than a consolation as Roscommon won their first U20 title since winning the U21 back in 2015.