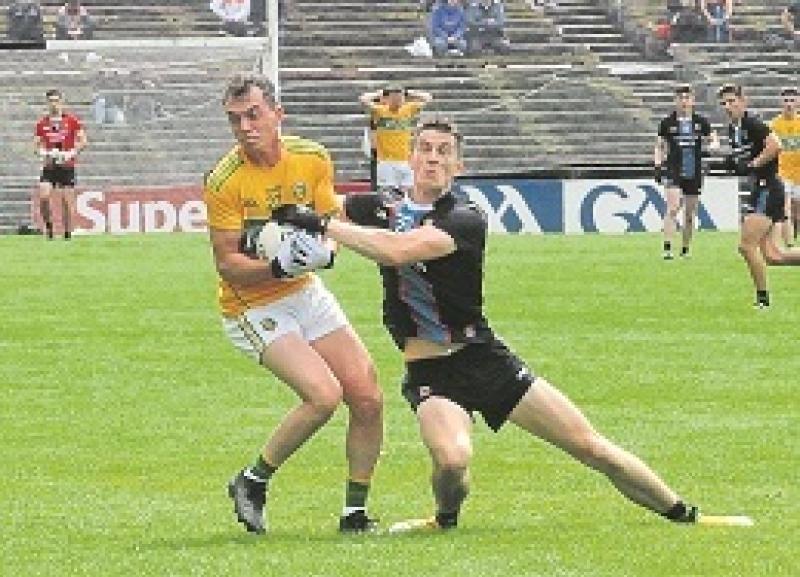 The only surprise from Sunday’s traumatic drubbing in Elvery’s Mac Hale Park was that people seemed so surprised. For, if we are being completely honest, the signs were there for all to see and everybody with a hint of Green & Gold in their veins knew it too.

When die-hard supporters told me they couldn’t face travelling to Castlebar for the game last Sunday and there were reports that even players’ families weren’t buying their allocation of tickets, you know there is a problem. Analysing the game is meaningless because we all saw what happened and the problems lie much deeper than one result against Mayo.

The predictable wailing and gnashing of teeth on social media about the ills of the gaelic football world following Leitrim’s 5-20 to 0-11 reverse might have you think this was a aberration but sadly, it is just the latest depressing step in a downward spiral of our County senior footballers.

History tells us that we’ve only beaten Mayo three times in the championship and as bad as Sunday’s 24 point loss was, it only equalled the record set back in the early 70s - Conor Dolan’s injury time point saving Leitrim from an embarrassing new record!

That's the reason why we greeted last November’s 11 point loss to Mayo as a sign of progress because the results have only been going in one direction over the last ten years. And it is hard to see where an improvement is going to come from unless we manage to draw an equally downtrodden Sligo in the next couple of years.

Think I’m being overly harsh? Well consider the Connacht results going back to 2008:

Right now, I’d jump at an eight point loss like we suffered in 2014 or 2015 but then I remember the reaction to those defeats was not good, Leitrim fans slamming what were regarded as unacceptable hammerings!

I wrote a pessimistic preview last week because that was the vibe I was getting throughout the county. Right now I would not want to be a Leitrim footballer - not because they did anything wrong but because they are being held up on social media as some sort of poster boy for what’s wrong in the gaelic football kingdom.

Let’s be honest - Leitrim didn’t show up last Sunday, they lacked aggression and there seemed to be a passive acceptance of what was going to happen. And it showed - the startling stat that there was not one booking in a championship match seems too incredulous to be true but it is!

I don’t know the internal workings of the Leitrim camp but you can’t avoid the whispers that Terry Hyland’s time is coming to an end but putting it down to the manager is blinkered in the extreme. I certainly can't fault Terry, nor his predecessors Brendan Guckian and Shane Ward, for their efforts but the harsh truth, spelt out often enough over the years by this writer, is that the standard of footballer being produced in the county has dropped over the last ten years.

Look back through the years and you can see it in the results - a steady descent from a competitive outfit that was never quite able to make the big breakthrough to a team that is openly pitied by all and sundry. You have no idea the amount of times I heard rabid Mayo fans sigh “poor Leitrim” in the second half, fans who had been cheering each score in the first half as if it was a winning score in the All-Ireland!

We all have our theories as to the cause in Leitrim’s decline. Ok, Mayo are different class but it doesn’t explain Roscommon’s average winning margin of 14.5 points over our last four encounters with the team who are supposed to be our deadliest rivals!

My two cents, for what it’s worth, is that two disastrous decisions taken in the early 2000s have set club football in the county back by decades and I mean decades. Sunday’s result was ten years in the making and it will take at least that long to recover.

The frankly crazy experiment to expand the Senior championship to 16 and then 20 teams didn’t raise standards, it diluted them and they never recovered. Around the same time, underage football introduced 9, 11 & 13-a-side competitions so that small clubs could field teams. An admirable aim but in that truly unique Irish way, the system was exploited by clubs seeking short term gains rather than seeing the bigger picture.

Smaller teams meant clubs could get more from your better players but it also meant less players coming through the ranks and the skills of the game were neglected as one or two players on each team literally ran the show. Some argue that small sided games are the way to go but on much smaller pitches, not one or two players running up and down the field dominating games but not developing the skills needed to survive at adult level.

Terry Hyland got a frosty reception when he remarked on the lack of physicality in Leitrim club football but the proof was in the pudding last Sunday. Unfortunately, it is human nature that players and clubs will only rise to the standard they have to and if you can win in Leitrim without going the extra mile, then why would you?

Last year’s club championship was also an outlier - Covid meant players had nothing to do but play football and it showed. It was also the first year of smaller championships so making a competition harder to win helps raise the standard everywhere - sounds simple doesn’t it?

But it runs much deeper than reform of structures at club and county level and tales in recent days of pressure being put on players - Senior, U20 and Hurling - to drop out from the County squad to play a League competition, with no relegation or promotion and designed specifically to be played without County players, reveals much of where the problems lie in this county.

We can all identify the problems, solving them is quite another matter and much more room than I have here!