Mayo blow Galway away in second half to retain Connacht title 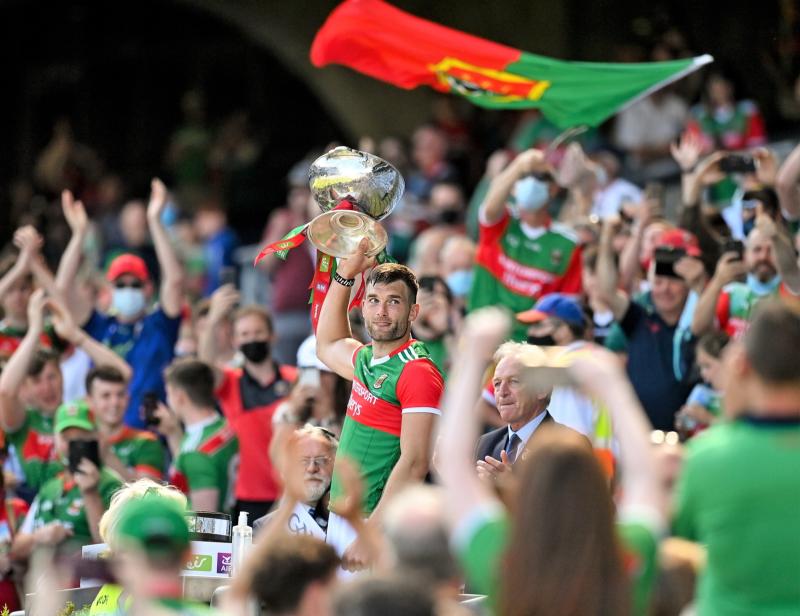 Trailing by five points at the halftime break, Mayo delivered an exceptional second half display to retain the Connacht Senior Football Championship title on Sunday in Croke Park, eventually beating the Tribesmen by six points in a stunning turnaround.

Goals from Shane Walsh and Damian Comer had put Padraig Joyce's Galway in command at the break as they led 2-5 to 0-6 at GAA headquarters with an upset looking possible. However, within a minute of the restart, Aidan O'Shea, repositioned at full-forward, created a goal when he fielded a high ball and fed Matthew Ruane who was fouled for a penalty.

Ryan O'Donoghue dispatched the penalty to cut Galway's lead back to two points and James Horan's side needed no second invitation, reeling off six unanswered points as well as having an apparently good goal disallowed as they led 1-12 to 2-5 with Galway's first score of the second half coming with nine minutes left from a Tierney free.

But any hope that score might spark a late Galway revival were brutally squashed when Matthew Ruane goaled a minute later to all but seal the title for Mayo.

Galway will look back on a serious injury in the first half for Shane Walsh when the Galway ace was dumped on the ground by Padraig O'Hora, the Mayo man escaping centre, as a turning point. Before that, Walsh had tormented the Mayo defence but even with a pain killing injection during halftime, the Galway man was not the same player in the second half with Oisin Mullen nullifying his presence.

Mayo now await the winners of next Sunday's Leinster Final between All-Ireland champions Dublin and Mayo in the All-Ireland Semi-Final on the weekend of August 14/15.