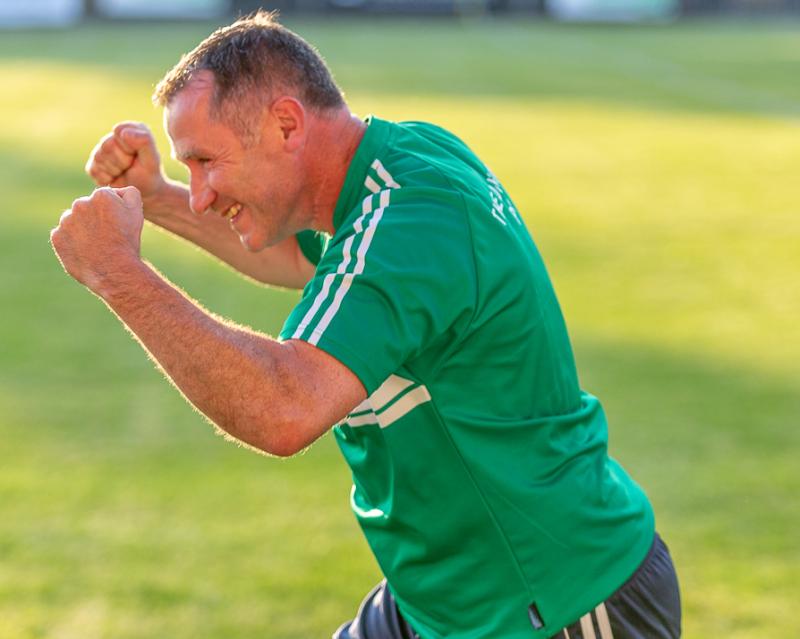 A Final may have just been won but Fintan McBrien is already setting his sights high as the former Aughavas and Leitrim predicts great things for the newly crowned 2020 Vistamed Leitrim Junior A champions.

“Happy wouldn’t be a word for it - we’re just over the moon,” was Fintan’s immediate reaction before going on to set his team’s sights for the next few years. “They are a young outfit, they are going to be around for a while, we have lots of young talent coming through the club now and we have lots of lads coming for the next couple of years so we’re going to be there or thereabouts if we can keep everybody together.

“That’ll be our objective - to compete in the Intermediate Championship and who knows where you could go. They’ll be well fit to compete at intermediate level and we’ll take a look at the draw now next week and there are a couple of local derbies there we’ll be looking at and four out five gets through to a quarter final and we’ll be saying to ourselves, why not us?”

As a man who won a Senior title in a trophy laden career with Aughavas, the question is how does Saturday’s triumph compare with all of his great playing days: “This is every bit as good as any of them! People might say it is only a Junior Championship but Jesus, a Junior championship is as good to us because we’re probably as low as we can go truly so it is only up we can go now.

“With a bunch of young players, we know we can go and compete and that is what we’ll be doing. It is brilliant for the parish and great for the lads, I’m just thrilled for the lads.”

In fact, Fintan reckons his players made coping with Covid delays and the pandemic easy for him: “To be honest with you, it hasn’t been tough because I can just tell you, these bunch of lads are tremendous, no matter what you ask of them, they’ll deliver and if you ask them to go to the moon and back, they’ll do it, they are just a brilliant bunch of lads.”

However, the game didn’t start that well and although admitting he was worried, Fintan felt his team were too good not to get back into the contest: “I suppose after seven or eight minutes, I was looking back at the lads on the line there with me and I was saying if we don’t settle down fairly quickly, this game could be out of reach.

“But we knew we were too good to not turn up and once we got our first score and settled down, we really settled into the game and went at them. There was nothing in it the whole way through. We might have gone five ahead but Cloone always looked dangerous going forward, they were going down the middle there and they could have got a goal there at any stage and we did miss a few opportunities but I can’t praise our lads enough.”

Fintan also championed the cause of man of the match Seamus Sweeney, urging whoever takes over as Leitrim Senior manager to look at the match winner: “Seamus Sweeney is an exceptional player, has been for us for a couple of years. He has been leading our attack all the time, he is definitely county material - for a Leitrim manager coming in, he certainly has to be looking at players like Seamie. He can kick off both feet, he is excellent from frees, he has pace, he has everything, he is a great link man and I can’t praise him enough.”