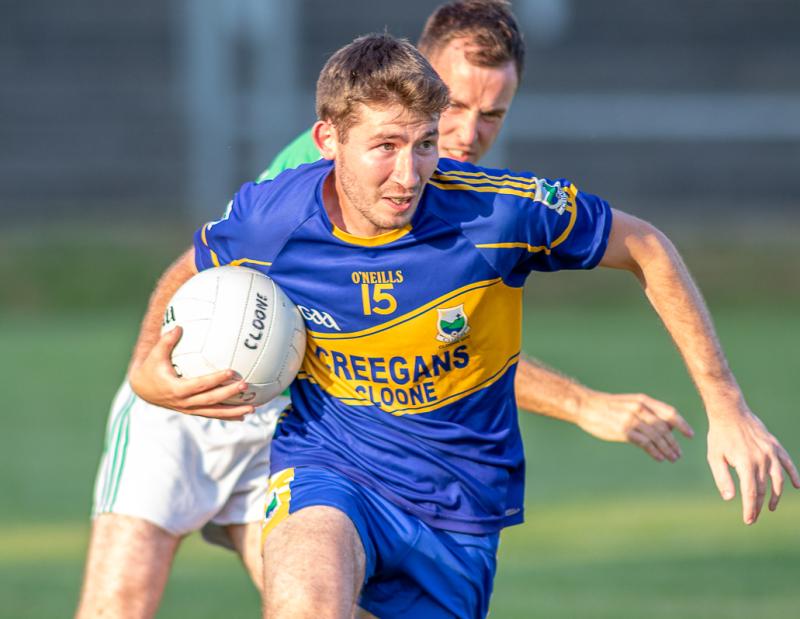 Too many self-inflicted mistakes and missed opportunities cost Cloone dearly in last Saturday’s 2020 Vistamed Junior A FC Final. At least that was the fairly straightforward reaction from manager Enda McGann immediately after their loss to Aughavas in Avant Money Pairc Sean Mac Diarmada.

“We were fighting at the end,” agreed the Cloone manager when the Observer asked him about Saturday’s game, “but there were too many mistakes. When we had the ball, we didn’t make the right decisions with the ball and to be fair, on average, they were probably the better team at the end of the day.

“They had a few nippy forwards which stood to them - the freetaker, Sweeney I think it was, he missed nothing - whatever he kicked, it went over the bar so it was just one of those days.”

Losing two first choice players to injury in the first half did not help Cloone’s cause: “Losing your centre-back and a corner-back was a killer because the lads you are putting on, they’re not naturally in those positions and you’re trying to cover positions. Yeah, it didn’t really help but we’re not going to make that an excuse.

“It was tough, we thought after the first 15 minutes, we were in with a chance but it just didn’t work out on the day but the only good thing is that we have two weeks to get back on the horse again and fix it.”

Cloone did have a chance to cut the gap to a point when a brilliant move cut open the Aughavas defence only for Shafik Ouibhi to make a vital block on Gavin Reynolds’ goalbound shot and Enda admitted it was a big turning point!

“Before the water break in the second half, if that had gone in, it would have rattled them. That is what we were aiming for, just to get a goal but it just never materialised. It was just one of those days, we missed a few frees, we missed four kickable frees and that didn’t help either - you can’t afford to miss your frees.”

Cloone face a short turnaround with the 2021 championship due to start in a matter of weeks but Enda sees positives in their situation: “It is better than waiting 12 months! At least they can get over it, deal with it today, deal with it today, back out Tuesday evening on the pitch and fix the things we did wrong today, that’s about the height of it at this stage.”