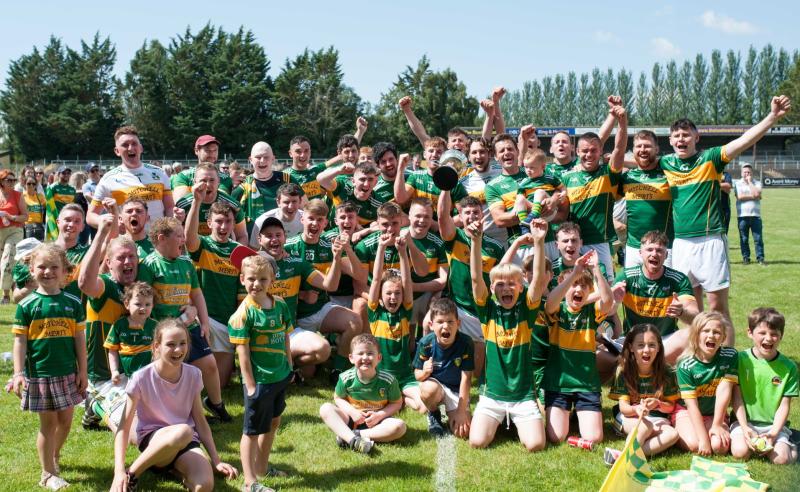 You get the feeling that Niall Woods is one of those glass half full kind of guys, the sort who prefers to see opportunities rather than obstacles! So much so that the former Leitrim star believes that the Covid induced delay to the 2020 Smith Monumentals Intermediate championship may have helped Gortletteragh in the long run.

Asked if coping with the pandemic and the delay in playing a final that was twice cancelled at short notice was difficult, Niall said "I suppose it has and it hasn’t. You can feel sorry for yourself but, bigger picture, it is a small thing, football. It has its place and all that but this final was a good focus point from the start of the year.

“If we were looking at having the championship in a couple of weeks time, we probably wouldn’t be in the condition that we are so in a way, it has helped us focus, it has got numbers out from the start of the year rather than coming out in dribs and drabs, lads were ready to go from maybe eight weeks ago. 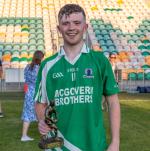 “We came back in good condition so from that point of view, we were happy we had it to look fortune to. It was disappointing, you wanted to play it last year but as I said, bigger picture stuff and in the grand scheme of things, having it called off wasn’t the end of the world.”

Niall even saw the benefit in having to play a League Final next Saturday with the Senior championship the following weekend: “That’s a blessing as well - you can get lads to cop on. If we had nothing next weekend, you mightn’t see the boys until next weekend. We will still enjoy tonight and whatever tomorrow brings, it needs to be celebrated, boxed off and done with, move forward but the League game will focus us and we’ll move forward into the championship then.

“At the end of the day, winning was the most important thing and if we manage it right, it is good momentum going into the Senior championship. Now if we can manage that and bring it forward, it should only be positive.”

“We needed everyone to have that big game and some days you go for balls and you miss them, I got today but I was lucky today with bits and pieces falling my way but look, we’re all happy with how we played.”

Having said that, Niall admitted to a feeling of dread when Ray Cox hit the net midway through the second half: “Definitely when Ray hit the back of the net, it was just after us missing a chance, you were thinking these things are fine margins. If one team takes over, you don’t want to chase a game in those kind of conditions so we wanted to get ahead and stay ahead and luckily we did in the end.

“But you’d be wary because it is Annaduff, we’ve played them so many times and it is only ever a score in it, two points is probably the max that’s been in it, a bit more today but they always have that thing about them where they are never beaten until they are off the field so you just couldn’t, you couldn’t - you’d be crucified if you let them back in.”