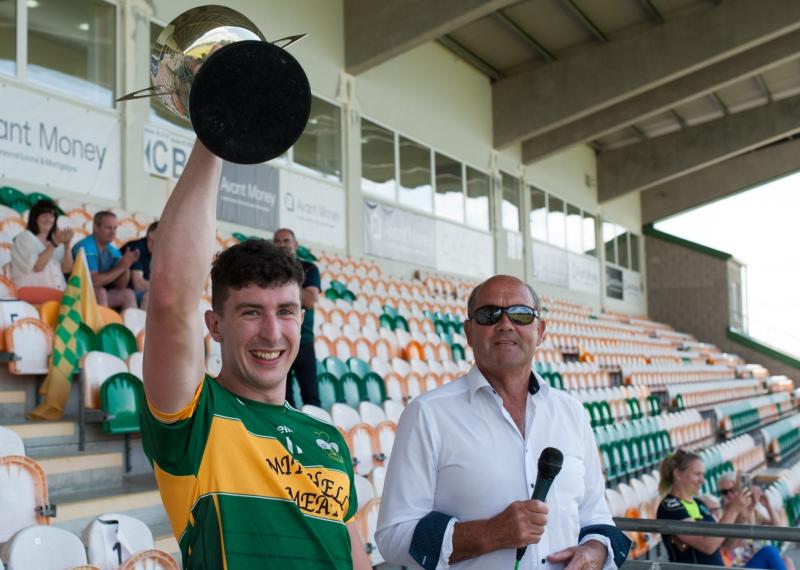 He mightn’t have kicked a ball in anger for quite some time but there was no doubting the impact Gortletteragh captain Jack Heslin had on last Sunday’s 2020 Intermediate Final as he overcame an injury plagued year to win the man of the match award.

So it was no surprise that Jack was just delighted with how the day went for himself and his Gortletteragh team: “I haven’t played a game of football in nearly a year so I was delighted to get back out on the pitch there today. I suppose it couldn’t have gone any better today.

“Delighted to get over the line and get back to Senior football next year and just a great way to do it. You can see it out there, everybody is delighted, it means a lot - we probably don’t win that often so when we do win, it is nice.”

Jack also played down his impact on the game: “I suppose a bit rusty at the start maybe but look, the goals went in and they could easily have all gone wide” as he admitted his shot that Sean Gallagher clawed away from under the bar was an attempt for a point rather than a shot on goal.

The Gortletteragh captain highlighted the all round team effort as he stressed that his team never eased up for fear of an Annaduff comeback! “The older heads there today, Kevin McGrath, Cathal and James Campbell, they really led from the front there today. Keoghan McGovern played the game of his life there today on the forty and it was really a team effort today I think.

“We knew what Annaduff bring, everybody knows what they bring -  they’re probably the best team in the county for that kind of ferocious intensity. We knew we needed goals and we knew we needed to get a bit of a cushion going into the last ten minutes so thankfully we got it and got over the line.”

The past year has been a tough one and the footballers of Gortletteragh and Annaduff really suffered with their Final twice being postponed. And while Jack admitted it was tough, he also felt starting back with a final to look forward to really helped both teams.

“Football really goes on the backburner when something like covid happens so we knuckled down at the start of the year, we did a few Zoom sessions, we couldn’t meet up and we were doing zoom sessions and then we slowly got back into training as a team.

“Probably the best way to have it was to have a final - everybody knew the final was coming so everyone was back out training early. As it said, it is the best way you could start a year.”

Gortletteragh don’t have long to celebrate as they face into the Connacht Gold Senior Championship in less than two weeks but Jack is looking forward to the challenge: “We know it is going to be a big ask to go up to Senior football, as you say only two weeks preparation but look, it has to be done.

“We’re in a tough group and we’ll have to knuckle down. Enjoy the next few days, knuckle down - the aim will be to get out of that group and stay in senior football and see where the year takes us then.”