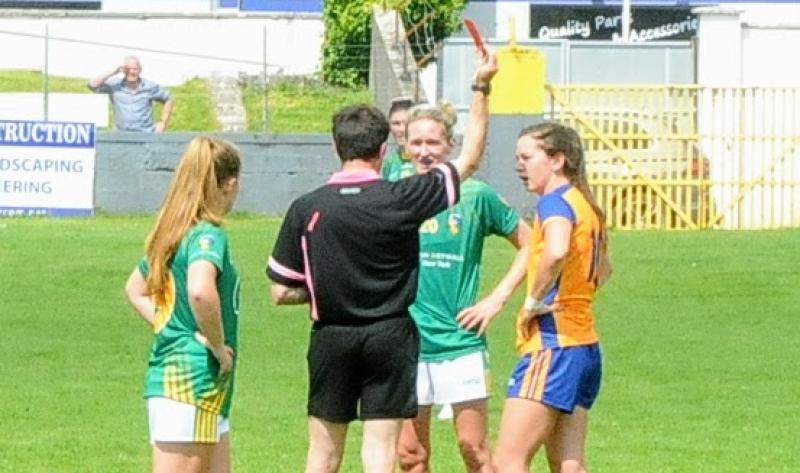 Leitrim Ladies received a huge boost for Sunday’s TG4 All-Ireland Intermediate Championship Quarter-Final with the news that star Ailish Cornyn has been cleared to play against Kildare in Ballinasloe.

The Ballinaglera woman had been sent off along with Clare’s Niamh O’Dea but both players were cleared after a successful appeal meaning the St Francs player will take her place against the Lilywhites as Leitrim seek to win a place in the All-Ireland semi-final next Sunday in Ballinasloe.

And manager Hugh Donnelly was delighted with the news: “What happened that day was never going to have legs to stand on, delighted to have Ailish back and we have a few players coming back from injury so thankfully, everything is coming nicely.”

The Leitrim manager also revealed that his charges are in good form ahead of the game: “We had a few tough sessions last week and over the weekend and we are really looking forward to getting out and getting the job done and hopefully, all being well, we will be in an All-Ireland semi-final.”