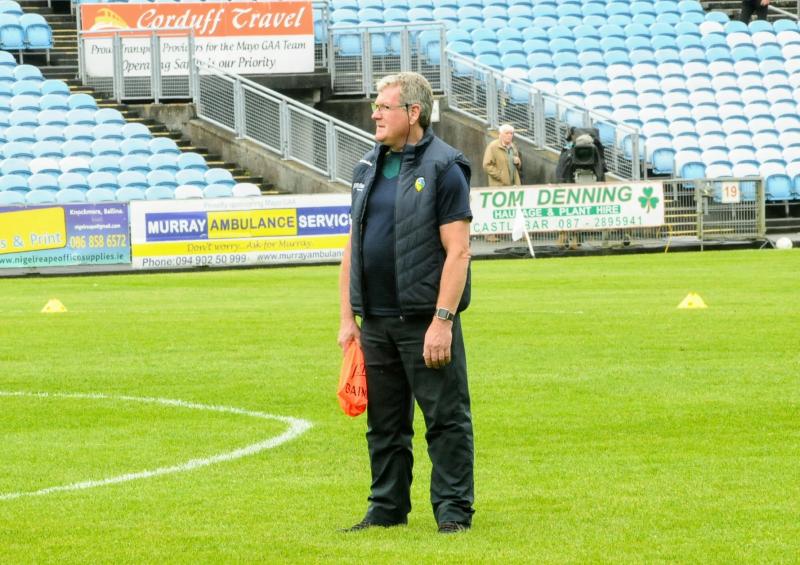 Leitrim GAA County Board have invited applications for the vacant position of County Senior team manager and asked clubs to send in nominations of "suitably qualified personnel" following the departure of Terry Hyland from the post.

Hyland, who led Leitrim to promotion from Division 4 in his first year in charge in 2019, stepped down in the wake of the recent equalling Connacht Senior Football Championship defeat against Mayo in Elvery's Mac Hale Park and speculation is rife as to who will step into the role.

Former Mohill and Longford boss Padraic Davis is among the names mentioned as has that of former Fermanagh manager Dominic Corrigan, currently at the helm of Ballinamore Sean O'Heslins. Current Mohill manager Liam Keenan and St Mary's manager Denis Connerton, who managed Longford in the past, could also be among those considered.

The deadline for applications and nominations, which must have the permission of the person nominated, is Friday August 27, while the Board have also asked prospective candidates to include details of possible backroom personnel.

The Leitrim GAA County Board statement on their website in full states:

Leitrim GAA has begun the process of recruiting its Senior Football Team Manager for 2022. An email has been sent to all Leitrim GAA Clubs inviting them to consider possible nominations of suitably qualified personnel. The Club is advised that they must have the permission of the person they may choose to nominate, before doing so.

In addition to this, Leitrim GAA Management Committee, through its Selection Committee, invites applications from persons who may have an interest in the position. Interested parties should apply in writing and submit a CV with details of coaching qualifications, details of previous GAA Management experience, and any other details that the candidate may consider relevant for consideration by email to secretary.leitrim@gaa.ie by Friday, August 27th. Additional detail of a possible backroom team that may accompany any such application is desirable but not necessary. Any queries with regard to this process may be addressed via email to the secretary.

The Selection Committee will give all nominations and applications fair consideration as part of the ongoing process in the selection of Leitrim GAA’s next Senior Football Manager."

"Has honour gone out of football a little bit? Has that decency or whatever word you want to put on it gone out of it?" asks former Leitrim manager
ADVERTISEMENT - CONTINUE READING BELOW