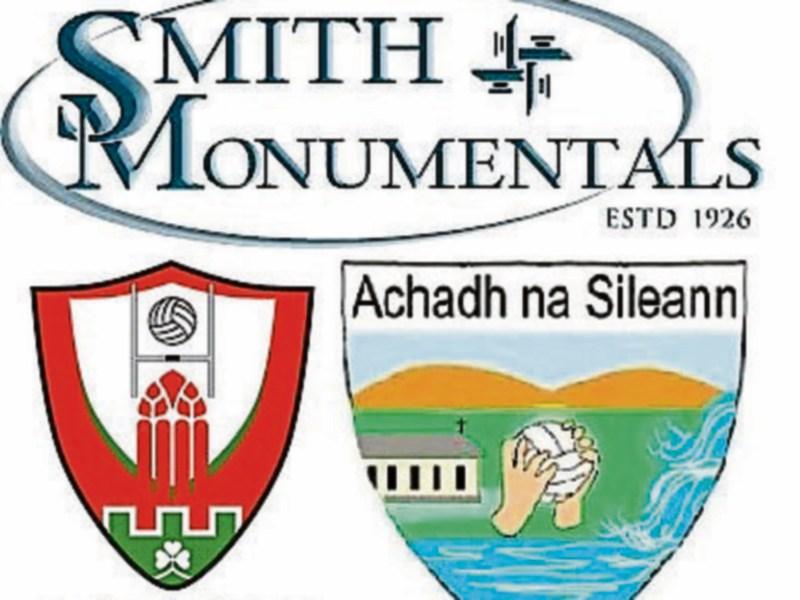 Fresh from refereeing in the Senior championship on Friday night, Martin Feeney turned his attention to playing on Saturday when his freetaking guided St Patrick’s Dromahair to a deserved victory over Aughnasheelin in the Smith Monumentals Intermediate championship.

Feeney, who officiated at the Allen Gaels v Aughawillan game, hit ten points at St Osnat’s Community Park, eight from frees, as Dromahair copped with a second half black card for Michael Clancy to actually outscore Aughnasheelin and lay the foundations for victory.

It was Feeney’s freetaking that separated the sides in a game that never really flowed but Dromahair’s ability to raise their game in the second half negated the midfield dominance of Aughnasheelin duo Conor Cullen and Aaron Hoare who had impressed in the first half.

Both freetakers, Feeney and Fintan Fitzpatrick impressed while James Clancy and Jamie Conlon also caught the eye for Dromahair.

James Clancy opened the scoring for Dromahair in the first minute with Aughnasheelin hitting back two minutes later. A lovely James Morrison strike edged Dromahair back in front but two points from Aughnasheelin saw them edge in front.

Martin Feeney converted two frees with Fintan Fitzpatrick replying from a placed ball for Aughnasheelin on 15 minutes to tie the scores. The tit for tat nature of the scoring continued with Fitzpatrick and Feeney swapping frees but a point from play for Feeney five minutes before the break gave Dromahair a 0-6 to 0-5 halftime lead.

Three Feeney frees in the first ten minutes after the restart gave Dromahair a four point lead but two Fitzpatrick points got Aughnasheelin back within touching distance. An advanced mark from James Clancy edged the lead back to three points but a black card for Michael Clancy on 47 minutes seemed to spell bad news for Dromahair.

However, with Feeney out first to a ball and turning sharply to point and James Clancy adding a towering point from the right wing, Dromahair actually stretched their lead to six points before Aaron Hoare saw a point creep just inside the posts, referee Gareth Foley overruling his umpire after a brief discussion.

Aughnasheelin went looking for a goal to ignite their challenge but a superb block from Leon Harte denied them the goal they needed, another Fitzpatrick free all they had to show for a lot of late pressure. It feel to Feeney to complete the scoring with a free in added time to seal an impressive win for Aughnasheelin.