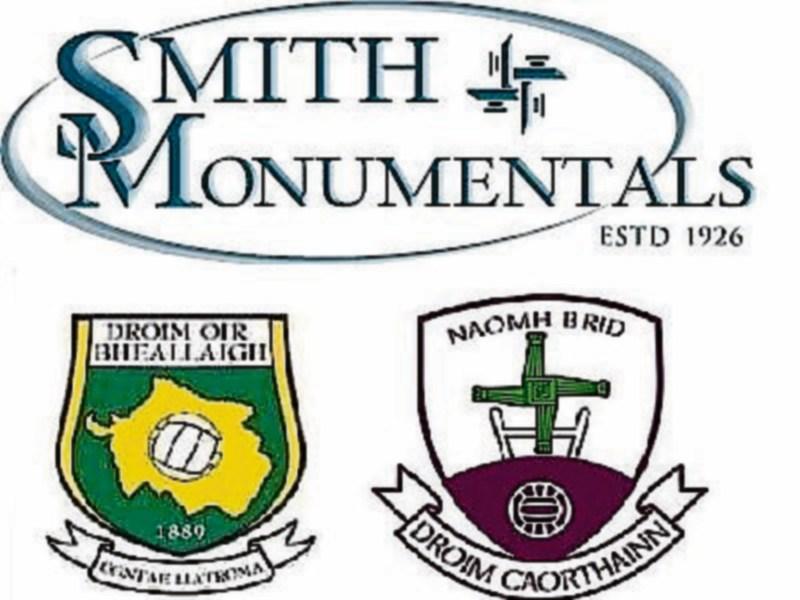 Drumreilly made a winning return to the Smith Monumentals Intermediate Championship but were pushed all the way by a Drumkeerin side who levelled the scores with a late goal before Nigel Maguire scored the winning point for a 1-12 to 1-11 win.

Drumreilly, relegated from the Senior grade last year, started like a proverbial train with Brian Fee and Conor Gaffney pointing either side of a Conor Gaffney goal inside the first six minutes, the goal set up by a great layoff from James Holohan.

Drumkeerin steadied themselves with two points from play to trail by three points at the first water break and they continued their strong fightback with two more points to close the gap to a solitary point after 20 minutes.

Gaffney, with the aid of the upright, edged Drumreilly back in front but Drumkeerin levelled again before a John McKeon break from defence, linking up with Nigel Maguire and Declan Maxwell, ended with a free that was converted by Gaffney to give Drumreilly a narrow 1-4 to 0-6 halftime lead.

Drumkeerin came out all guns blazing in the second half and two quick points had them in front for the first time but a Declan Maxwell point tied the scores once more. Drumreilly then hit three unanswered points, one from Conor Edwards and two from Gaffney frees to take a three point lead.

With the teams swapping frees, Drumreilly went into the water break three clear after a brilliant catch for Dylan Maguire in midfield set up another Gaffney point. The game continued tit for tat with a point for either team but Drumkeerin then struck for a dramatic goal to tie the scores. With time almost up, Dylan Maguire came up with another huge catch in the middle of the park to set up Nigel Maguire for the winning score.

Aughavas made a winning start on their return to the Intermediate championship, just seeing off the challenge of Bornacoola on a 2-9 to 1-9 scoreline in Dromod last Saturday evening.

Two first half goals from David “Red” Charles and Niall McCabe left Aughavas in a strong position at half time as they led by 2-5 to 0-5 at the interval but a strong third quarter and a goal from former county player Damian Moran tied the scores at 1-8 to 2-5 with ten minutes left.

However, Aughavas finished the stronger with three points to one from the Bors to take a valuable win in their first outing. Bornacoola travel to face Drumreilly on Saturday while Aughavas take on neighbours Carrigallen on Friday.