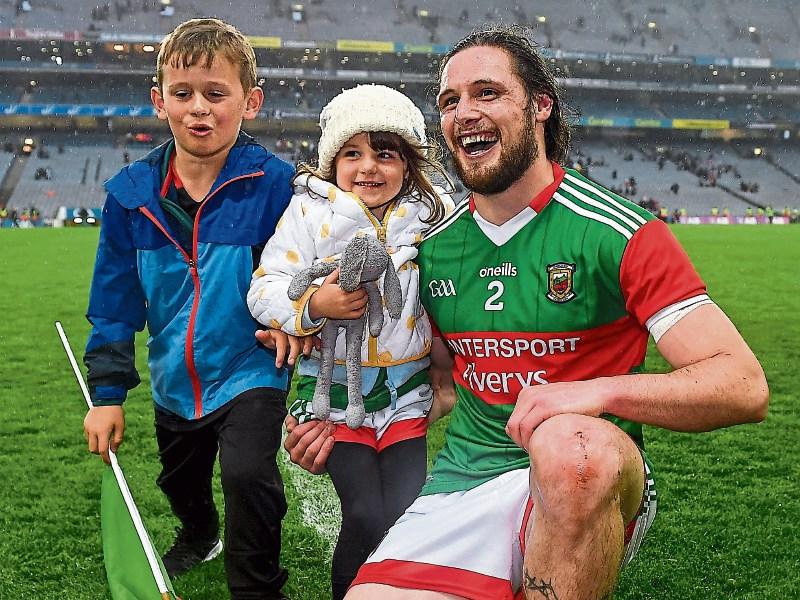 As much as I want to, there is simply no avoiding the fact the Dubs are no longer the All-Ireland champions as the whole of Mayo, and maybe the entire country, has gone bonkers after a truly bonkers All-Ireland Semi-Final last Saturday evening.

Bonkers is the only way to describe what those of us lucky enough to be in Croke Park witnessed and I'm sure for those watching the TV or listening to the radio, the drama, the excitement, the thrilling comeback made for an incredible experience - it certainly was for this Dub, just not in the way we wanted.

Having been on the other side of these games more often than not over the last ten years, first thing I've got to do is congratulate Mayo - the better team on the day, without doubt, won and only those with the hardest of hearts couldn't but be moved by the outpouring of emotion once the final whistle sounded.

The irony, at least for me, is that Mayo have often played much better than they did last Saturday  and lost so go figure!

I'll admit, of all the teams to lose to, the Dubs losing to Mayo hurts. The Dublin Mayo rivalry hasn't been particularly pleasant over  the past ten years  but then, I was never too fond of losing to Kerry, Tyrone and those old bogey men from the Royal county so no matter who ended Dublin's reign, it was going to hurt and it hurts.

The Mayo rivalry  is different, I'll admit, different to the casual arrogance of the Kerry fans, turning up for the just the final or the burning intensity the Tyrone brigade brought to their meetings with the Dubs or even the crazed refusal of both sets of fans in the Dublin Meath epics to utter one word of complaint in case it was seen as sour grapes and gave the other side the upper hand!

On social media, the rivalry is bitter, perhaps magnified by Mayo's legacy of near misses at the hands of the Dubs. And I know it irritates a lot of Dublin fans that, gross generalisation that it is, every Mayo supporter seems to denigrate what their incredible team have achieved over the past ten years.

Sport makes us irrational  and while we argue about refereeing decisions, funding, playing in Croke Park and God knows how many incidents on the field of play, the fact is that those who bleed sky blue will only see sky blue and those who bleed Green & Red only see Green & Red.

I'll just throw it out there, in the manner of Lee Keegan and his GPS if you like, that if you take a step back, you realise that both teams and their supporters are eerily alike. If Mayo fans talk of Dublin arrogance, talk to Leitrim or Rossies about the Mayos while both teams have always played with an edge and have bullied their provincial rivals.

But for all that, I'm delighted for the likes of Mary Keenan, a die hard Mayo fan living in Carrick who has worked tirelessly for her adopted community here but bleeds red & green - there are thousands like Mary and the two lads who I remember sitting behind during the epic 2017 All Ireland final, excitedly swapping observations before they genuinely congratulated us on another Dublin triumph.

That's the memory I have from that day, that and the awful, deadly silence that emanated around Croke Park as legions of Mayo fans had their hearts broken once more.

Yet  I still went to Croke Park last Sunday hoping for yet another win. No matter how much you win, you always want more and let nobody tell you otherwise! The realist in me knows it wouldn't go on forever, the dreamer likes to think it could but it doesn't seem that long ago that I was praying for Dublin to win the Sam Maguire, just once!

Then it became the quest for the three-in-a-row and the “Drive for Five” so it is fair to say that the Dubs have had a good innings. Ten years ago this September, I sat with my head in my hands as it seemed Pat Gilroy's side were drifting to an inevitable defeat against Kerry. Enter Kevin McManamon and all changed in an instant!

What stood out at that time was the genuine delight from fans from other counties that the Dubs had won. Fans from all parts of the country were thrilled the Dubs have got across the mountain so I don't mind the entire country celebrating the Dubs' demise - it is the just way of things!

Truth be told, I can't look past Kerry this year. There is something ominous and almost terrifying about the Kingdom and a dreaded sense that Dublin's six-in-a-row could be emulated in the near future is growing.

Of course, Kerry have to get over a Covid hit Tyrone first in a rearranged semi-final, a generous decision that has got to rankle with Sligo footballers. But James Horan has a tough call to make too - does he stick with captain Aidan O'Shea or does he go with the players who ignited their comeback? It's not a decision I'd like to make but sitting in Croke Park, it was clear as day that once O'Shea left the field, Mayo were a different animal.

I won't go without mentioning the John Small tackle on Eoghan McLoughlin. At the time, I thought it was good, a challenge that echoed Danny Beck's hit on Paul Keaney in last year's County Final. It was a challenge you expect your player to make every day of the week but unfortunately the outcome for the Mayo man was brutal and every true Dub fan will wish McLoughlin a speedy recovery.

Should Small have seen red? Probably, but decisions based on a particular outcome is an incredibly subjective and emotive road to travel. Small undoubtedly went to level the Mayo man but I'd be fairly sure he didn't mean to do the damage he did. We all want to see physicality in the game but McLoughlin's injuries underline the incredibly fine line that separates a good challenge from a dangerous one.

Now, the only dilemma for this Dub is do I want Mayo, Tyrone or Kerry to win? Talk about a no-win situation!