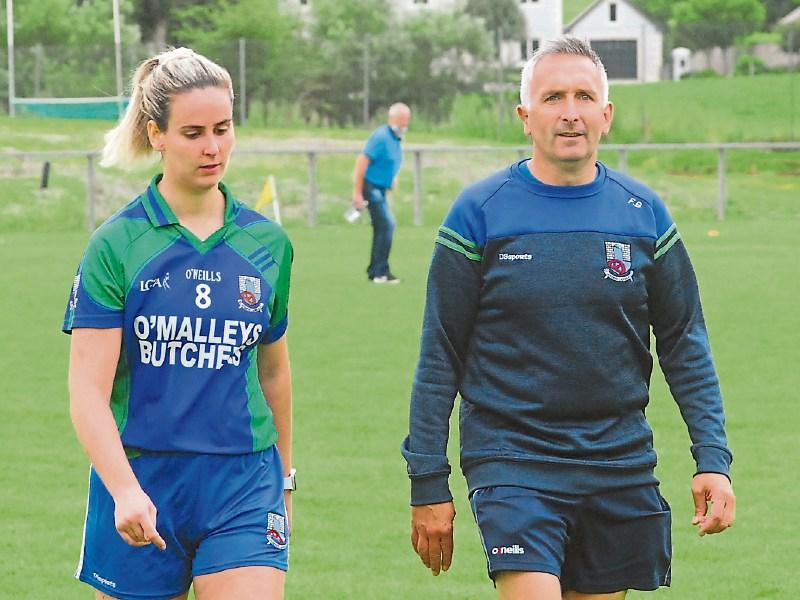 Fergal Brady is the new man in charge of St Joseph’s but you sense that the former champions are going to be working very hard over the next couple of weeks as their manager reckons Ballinamore showed greater hunger and intensity last Sunday.

Ballinamore’s 3-8 to 0-9 victory was well deserved according to the St Joseph’s manager (pictured inset) who promised that is team would learn from the defeat in Pairc Sheain Ui Eslin: “It is what it is today and the best team won. You expect a battle in every championship game and we came down knowing we were going to get a battle.

“We got the battle alright. A few little things didn’t go for us at times but when you are playing a team that’s hungrier and going in for every ball faster and quicker than you, the outcome is always going to be harder.

“Fair play to Sean O’Heslins, they really showed they wanted it more than we did today and that is what it boils down to. When you have that bit more fire in your belly, they got their chances, they took their chances - the goals were crucial.”

Brady was impressed by last year’s County finalists as the St Joseph’s manager assessed the game: “They lost a girl, I thought it was a harsh enough red card, yellow probably in normal terms but even with 14 players, you wouldn’t even think they had 14 players out there. That is credit to their players, each and every one of them and their management, they showed it and they got the result for it.

“We have to move on to the next step and hopefully they will learn from it. I’m fresh into the set-up with St Joseph's, we’ve only had four or five sessions with them so for me to get to know them, what their best positions are will take time. A lot of them were involved in the county set-up and only two or three of them were really getting games so those are the girls who have missed out on that bit of football.

“We have a lot to work on. Glad we have no game next weekend - it gives us another week to work together before our next match with Kiltubrid.”

For all that, Brady is obviously confident his team can bounce back: “In any county or any set-up, there is no such thing as favourites or underdogs in this championship, it is whoever wants it most will go out and generally come out with a victory. We will learn and we will learn quick.”