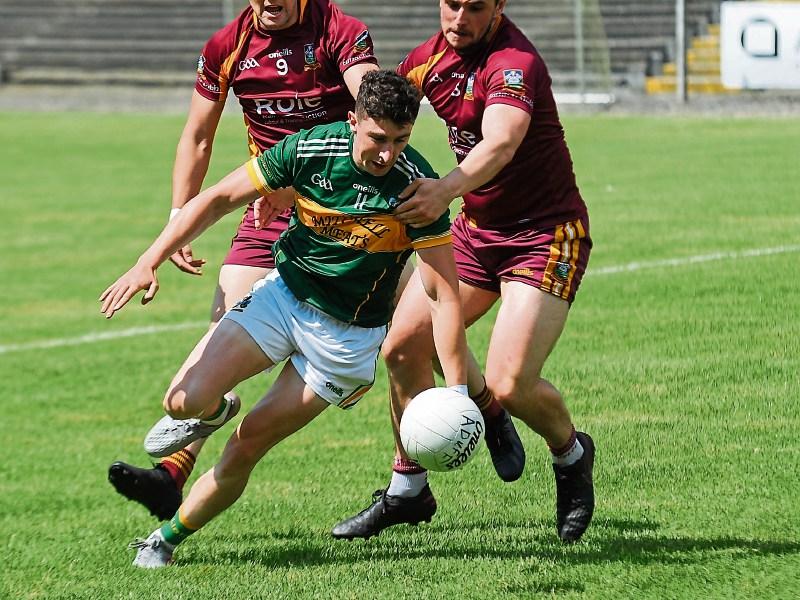 His day may have ended early thanks to a second yellow card in injury time but Jack Heslin was virtually kicking every ball in those dramatic final moments as Gortletteragh snatched a dramatic draw against St Mary’s Kiltoghert.

Gortletteragh went into the game with one simple task - get at least a point to ensure their passage into the knockout stages of the Connacht Gold Senior Championship and they did just that, coming from four points down to snatch the draw they needed.

Their captain was understandably delighted with the result: “We never do things the easy way, we are kind of in a winning mentality at the moment.”

Ironically, Jack believes relegation may actually have helped his team in the long run: “It was probably a good thing for us that we went down to Intermediate and started winning games again. We were in senior for years, getting well beaten in games. Winning is a habit and we’re grinding out results now and we’ve got to keep going.”

Looking back on a game that swung one way and then the other before the final late drama, Jack highlighted the team’s battling spirit: “It was a great game probably to watch. We died off for 15 minutes after halftime, I thought we were in control for the first half but we died off for those 15 minutes, Carrick made good subs at halftime.

“They got big men across the middle and they probably dominated our kickouts. But to come back from four points down, never give up, it was great, we’re just thrilled with the result.”

Gortletteragh’s campaign has been hampered by injuries and Jack admits it has been a battle: “We had a good few injuries, James Campbell is still out. We lost players along the way and we just can’t afford to lose players, we’re probably one of the smallest clubs in senior and we’re working off a small panel so it probably affects us a bit more than others.”

As for the quarter finals, Gortletteragh may be facing the might of defending champions Mohill but to Jack, it is all a bonus: “We’re in bonus territory now we are in the quarter-finals. The aim was to stay up, we see who we get, you never know what can happen.

“I don’t actually know where we finished in the group so whoever we get, we get and we’ll worry about that when we get there.”