Mohill go into yet another Senior Final and yet again, Danny Beck is the captain. John Connolly chats with Danny and find him setting his team's sight on yet more history 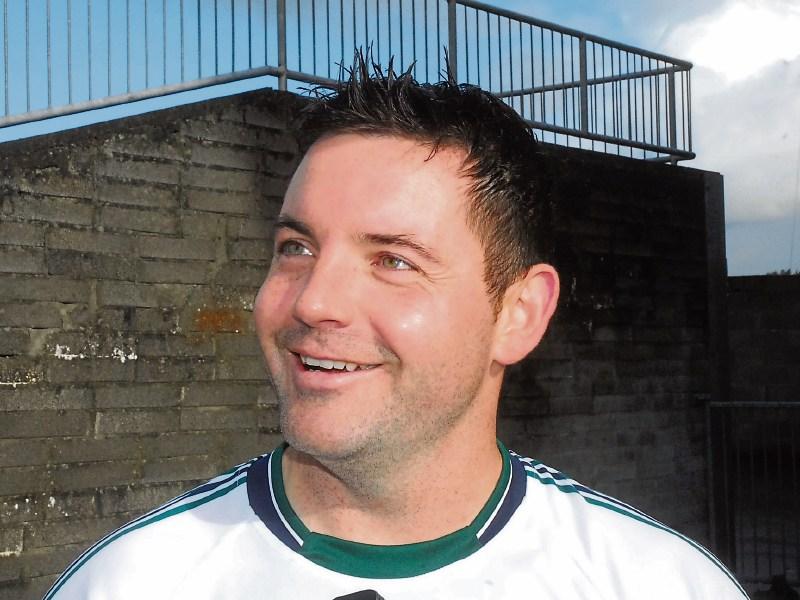 A smiling Danny Beck contemplates next Sunday's Connacht Gold Leitrim SFC Final against Ballinamore Sean O'Heslins and predicts there will be nothing between the teams Picture: Willie Donnellan

You’d think that a man who has lifted the Fenagh Cup on three separate occasions for Mohill might be getting a bit tired of it now. But that’s not the impression Danny Beck gives as he eagerly awaits a blockbuster Connacht Gold Leitrim SFC Final against Ballinamore Sean O’Heslins next Sunday.

Presumptive favourites all year, Mohill have been the almost universal choice as favourites for the Fenagh Cup this year but Danny jokes “Yeah? We haven’t heard that at all!” before stressing that Liam Keenan’s side focus on one game at a time, an approach that has served them well so far

“We say it every night at training, we huddle up and we leave all the nonsense outside the door. We’re here for a reason and our sole reason is next Sunday. We can say that this day five years ago was the start of this team’s battle, this team’s campaign when we won our first championship.

“We said we didn’t want to leave it behind because it takes 12 months to fix that again. We’re delighted to be there and we just keep ourselves away from all that.”

Such an approach means that while the thought of becoming the first Mohill team to retain the Fenagh Cup is a motivation, the only game that matters is the next one: “It does, yeah, that was our goal at the start of the year - a Mohill team has never done it but we got out and we’re there to try and win every game we play. I always say that if Mohill aren’t on song, they’ll beat themselves.”

That internal focus and desire to improve, Danny believes, is key to why the champions were able to quell a ferocious challenge from Leitrim Gaels in the semi-final: “The utmost respect to Leitrim Gaels and all deserved, they put up a massive, massive fight. A lot of people thought we were going to coast it but we knew that Leitrim Gaels would be all heart.

“That is testament to them, they’re in a semi-final for a reason, they deserve it and have the stuff to build on for next year.”

The Mohill captain also believes the Leitrim Gaels game answered any questions there are about Mohill’s desire to still compete at the top level: “Some people will question if the fight is there but that semi-final will show you the fight is there because that was as tight as you’d get. Thankfully, we pulled away in the end but the fight is there in the lads, the panel is only as strong as the 30 men who are togged out.”

So much so that Danny himself indicated he had to come off against Leitrim Gaels, a sign of his confidence in the strength of the Mohill panel: “That is why I have no fear of putting my hand up when I was struggling because I know the guys coming in, they’ll do the job, they’ll do the exact same job as I will do.

“Our training is phenomenal, it is 15 on 15 and they’re beating lumps out of each other and that is the beauty of the position we’re in. We have numbers, we have strength in numbers and we just have to put the shoulder to the wheel.”

Danny also had no fears for the young players bursting their way into the Mohill line-up: “They’re young but they’re so experienced, they've played so much football already at such a young age, those guys are seasoned. You get eight out of ten out of them every single week.

“That’s all you can ask because if you don’t get an eight out of ten, there is somebody there ready to come in and take that jersey off you. Competition is the key that drives it on.”

A veteran of the team at this stage, Danny will still line out for Mohill as long as he feels he can do a job for them: “I think I said it to you this time last year, it is a lot easier when you are winning, it is harder to leave but as long as I feel I’m justified in that starting team, I’ll push on.”

Full of respect for Ballinamore Sean O’Heslins, Danny jokes “If I did, I’m not going to tell you, am I!” when asked if he expected the Ballinamore men to come through the other semi-final, adding “We know what Ballinamore are about. It is going to be what we faced in the semi-final and 100 times more. They know what we’re about and they’re going to be doing their homework on us as well.

“We’re very familiar with each other and there is nothing between the teams. Previous games mean nothing, next Sunday is the only 60 minutes that matter.”