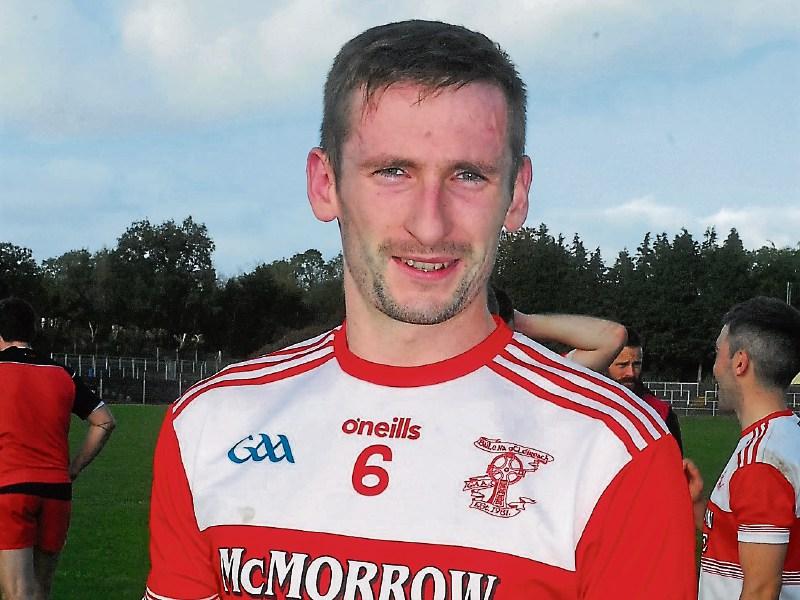 It had to be one of the sights of the sporting year in Leitrim - what seemed like throngs of fans lining the fence at Avant Money Pairc Sean Mac Diarmada and scores of kids wearing red & white playing and running around the pitch after Ballinaglera’s Smith Monumentals IFC Semi-Final victory.

It was a scene to warm the hardest of hearts and Ballinaglera captain Padraig Clarke paid tribute to the support that he reckons pushed them over the line against Kiltubrid: “The support for Ballinaglera, they’ve been immense all year, they’ve been behind us in every game.

“You could see that after the semi-final with the crowd, they were cheering us on and you have to give credit to them. That’s what got us across the line, it is not just us, it is the support as well.”

Pointing out the scores of children wearing Ballinaglera colours, Padraig said “That’s what it is all about, it is great to see the young children of Ballinaglera out here in the red & white, I can’t wait for this County Final, we will get great support again.”

It is not just the young players and fans who are excited as Padraig admits that reaching the final is a big moment for the players: “We’re over the moon, the lads worked hard over the last two weeks, boys put in a big effort, we had a few niggles, a few injuries.

“Today is a big day for us, we haven’t got to a championship final, I was only born back in 1996 so it is a brilliant day for the parish to be in the Intermediate championship final. Twenty-five years ago this year, Adrian, our selector, was playing in the final, Wayne Reynolds’ father Frankie was playing so it is great for the likes of them to see us taking after their footsteps and getting back in a county final.”

Ballinaglera defied their group stages form to defeat two highly rated teams in Drumreilly and Kiltubrid in the knockout stages but Padraig reveals the Glera men had their eyes set on the knockout stages all along: “Our main target for the year was get to a quarter-final, we didn’t really care in the group stage how we got on, we just really wanted to progress.

“We knew that when we got to a quarter final that we had a chance. We were underdogs since we came into this championship and we’re still underdogs but we believe in ourselves, we’re just glad to be here. I’ve never been here before so I’m mad proud.”

One characteristic of Ballinaglera’s march to the final has been the immense commitment and almost feral desire for battle but Padraig plays down their commitment: “That’s what it takes, we’re only a small parish, we’ve only a small panel of 24, 25 players but you could see the lads there today, they gave it everything and that’s what got us across the line.”

Looking ahead to the final, Padraig is full of respect for Dromahair: “We played them in the group stages, we know what we’re up against. They’re dangerous upfront, we have to focus now on a county final and prepare for it.”

Ballinaglera’s ability to react to set-backs could be vital on Sunday: “Against Drumreilly in the quarter-finals, we probably didn’t get enough scores on the board but you could see there today, we worked well upfront, we kicked some great scores, got a goal - we just looked like winning from the word go.

“We should have two more goals but if we went down in one section, we came back up in another section, we never give up, that’s what it is all about. It is great to be in a County Final.”