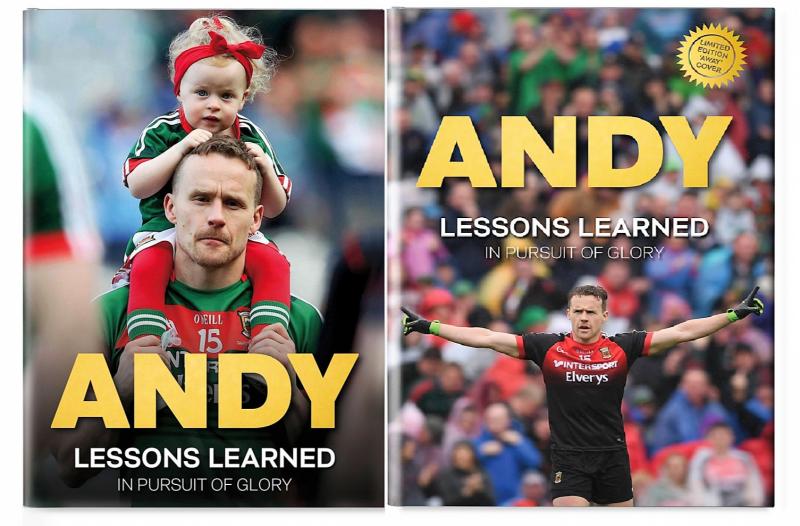 The two time All-Star and Football of the Year in 2017 will launch the book on Thursday night as he looks back over his career and writes of how sport can influence every aspect of a players life; of how the game of football moulded Moran himself; of the life lessons that sport teaches all of us; and how a good coach can have a life-changing influence on a young athlete.

The book has been written in collaboration with Colin Sheridan, a columnist for the Irish Examiner and freelance writer and producer whose work has appeared in The Times (Ireland edition), RTÉ, Hot Press magazine and the Mayo News.

According to the publisher "Andy Moran is one of the most respected and admired Gaelic Footballers of his generation. The former two-time All-Star, Footballer of the Year and Mayo team captain has written a compelling account of his journey through the sport he loves, told through vignettes about the mentors who influenced him, teammates who’ve inspired him and the games that made him.

"This is a book about Mayo football - the agony and the ecstasy, the near misses, the friendships, but it has a much broader canvas.

The book can be bought at MayoBooks.ie and all good book shops.