Slick Carrick carry too much scoring power for battling Cluainin 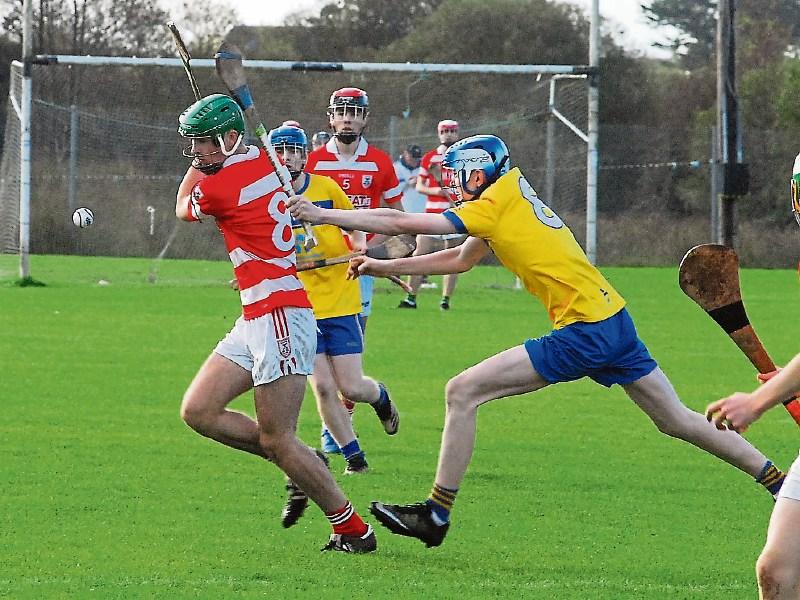 Carrick-on-Shannon's slicker stickwork and ability to strike for goals proved the difference against Cluainin in a competitive U17 Hurling Championship Final on Monday in Leitrim Gaels Community Field.

With Brian Goldrick leading the way for a Carrick team who looked that bit more assured with stick and ball than a game Cluainin side who fought mightily in this game, that edge in skills and scoretaking ability was always going to prove crucial.

It also meant that when they went down to 14 men when Robbie Casey was dismissed on a straight red card, somewhat harshly in my opinion, at the end of the first half, Carrick never looked as if they were at a disadvantage as they held out against Cluainin pressure.

The game was not even a minute old when Carrick claimed their first goal through Jamie Rynn, tapping in after the clearance of keeper Peter Boyle was blocked. Carrick almost grabbed a second goal but Robbie Casey saw his shot saved by Boyle at the expense of a 65.

However, they didn't have long to wait as a good run from the lively Dean Earley released Pearse Kenny and he shot powerfully to the Cluainin net before four minutes had elapsed.

Cluainin hit back with a free from Cian McManus, whose impressive dead ball shooting was a feature of this game, but Brian Goldrick replied with a fine point ion the run. Goldrick added a second on 11 minutes and he could have had a goal when a foul on Rynn resulted in a penalty but Goldrick lifted the shot over the bar.

Goldrick added his fourth point of the game on 21 minutes while Cluainin looked as if they were through for a goal but the ball got caught up in Barry McNulty's feet and a shot across the face of the goal went wide.

Pearse Kenny made a good interception to set up Goldrick for another point before Boyle made another good save to deny Aidan Dowler a goal. But persistence from Aidan Dowler and Robbie Casey got the ball back and Brian Goldrick finished to the net.

Congrats to Leitrim's young hurlers who won the Celtic Challenge

However, there was a downside to the incident for Carrick as Robbie Casey loudly protested that he had been fouled when trying to set up his teammate, prompting referee Gus Chapman to issue a straight red card to the youngster.

That left Carrick with a 3-5 to 0-1 halftime lead but Cluainin would have a man advantage. After a few misses from both teams, Carrick keeper Benoit McKiernan did well to bat out a dangerous ball before Dylan McDermott scored a fine point.

Tom McNabola showed great skill and strength as he burst through a few tackles and fired over from distance on five minutes before Cian McManus sent two monster frees from the halfway line over the bar on ten and 11 minutes.

Cluainin were trying to force their way through to get a goal, Barry McNulty denied a shot at goal by a resolute Carrick defence while McManus hit another successful free 15 minutes into the second half.

Paddy Keane showed some great skill to score a good point from the corner and when Goldrick tapped over another free, it left Carrick 12 points clear with 12 minutes to play. McManus did pull back a good point on 21 minutes but when Brian Goldrick managed to divert a long Kenny free to the net, the game was done and dusted.

Cluainin did pull back a goal through Barry McNulty, although the umpire was overruled by the referee on his square ball call. McManus added one late free before sub Conor McLoughlin fired over the last point of the game.