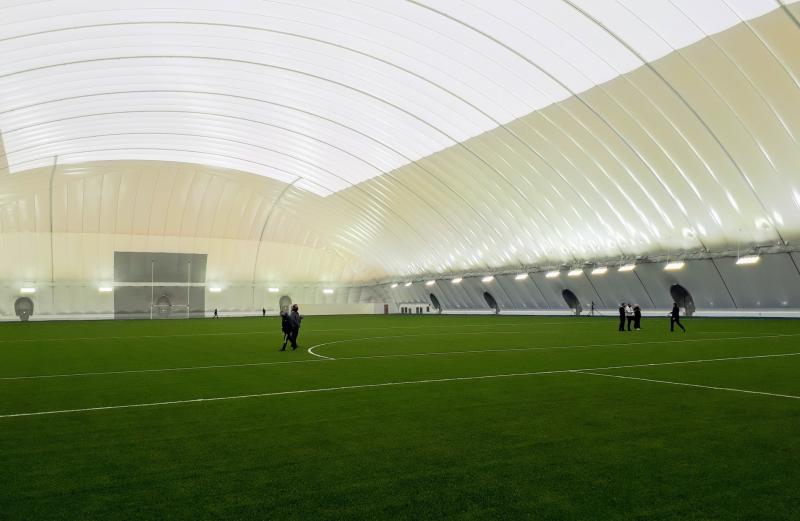 Andy Moran's first official match will come very early in 2022 after Connacht GAA announced that the first round of the FBD Connacht Football League will take place in the brand new Air Dome at the Connacht GAA Centre of Excellence in Bekan, Co Mayo on Tuesday January 4.

Leitrim will take on the Tony McEntee's Sligo on Tuesday, January 4, in the first round of the 2022 competition with the winners taking on Roscommon in the semi-final on Saturday, January 8, also in the Air Dome.

The fantastic new facility will also host the clash of Mayo and Galway, who have been drawn in the first round of next year's Connacht Senior Championship, on Friday, January 7.

The clash of Leitrim and Sligo will be the first ever competitive inter-county game to take place indoors.

Full details of the draw as follows:

The meeting between @sligogaa and @LeitrimGAA on the 4th January in the Connacht GAA Air Dome will be the first competitive intercounty GAA game to take place under a roof!

Connacht GAA also announced that the 2022 Connacht Minor Championship will start on April 22, next year with Mayo hosting Leitrim. Leitrim will receive a bye in the next round followed by games against Roscommon on May 6, Sligo away on May 13, and Galway at home on May 20.