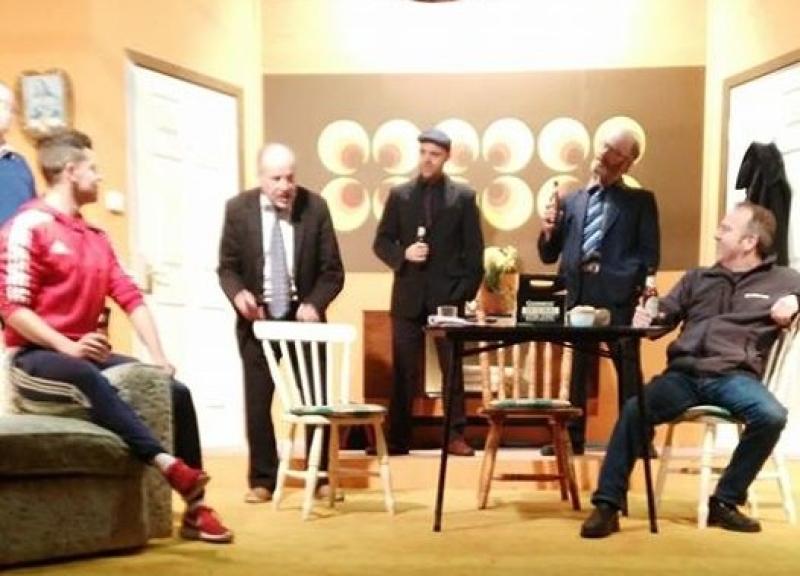 It's that time of year again when strange gatherings are taking place in Bornacoola Community Centre. At all hours of day and night, a carefully chosen bunch of thespians gather under the cover of darkness and endeavor to ensure that their dramatic efforts will once again be a success!
Some familiar faces will tread the boards, together with some newbies. See Councillor Sean McGowan as you've never seen him before, and what about the normally placid even tempered "Sir" Declan Bohan as he takes on his most challenging and dark role yet?
The Mallon boys Brian and Peter as two of the notorious Carney brothers are a force to be reckoned with - be afraid, be very afraid!
Johnny Duffy once again will blow you away, this time with his portrayal of Harry Carney, a sinister and dangerous character.
Back on stage this year are stalwarts of the drama group, Michael Frayne and Teresa (Murphy) Reynolds, playing a married couple who have challenges in the form of Dada and the Carney brothers.
Also new to the Bornacoola stage is Michael McCormack, playing a blinder as the youngest of the Carney brothers.
Put it all together and you have this year's production "Whistle in the Dark" by Tom Murphy, a truly thought provoking drama, directed by Anne McGuinness.
A superb set, designed and constructed once again by talented stage manager Darren Shiels will create the scene for our production.
The group will take to the stage Friday, Saturday and Sunday February 17, 18 and 19, so keep it in your diary.
Booking available on: 0858186578.