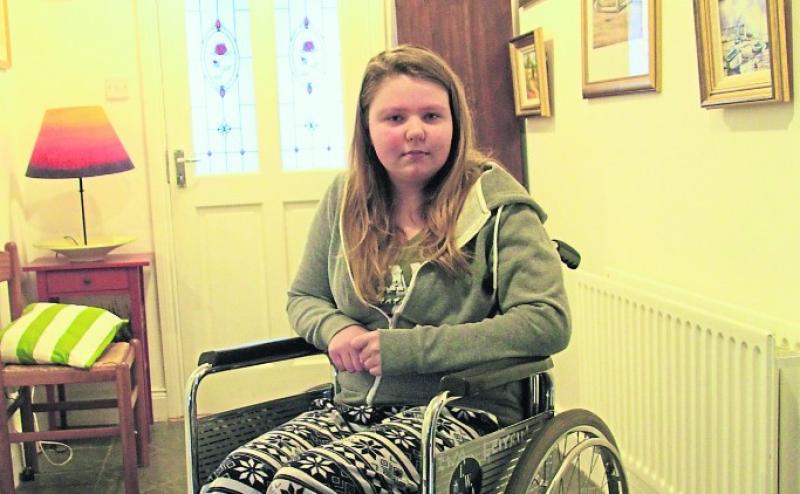 Local girl Rebecca Hollidge has written to Minister for Health Simon Harris TD expressing hurt at being described as 'Fake News' by him and asking for a meeting.

Last week the Minister said that doctors need to "come out fighting" and take on the scaremongers who are passing on "uninformed nonsense" about the vaccine which protects against cervical cancer, .

The following is Rebecca's letter:

Dear Minister for Health,
My name is Rebecca (also known as The Girl in the Wheelchair). I am 16 years old. I am one of the girls that have reacted to the HPV Gardasil vaccination. I am writing to you about your comments in the media about us who are sick and our families.
I want to inform you that what you have been saying about us was upsetting and insulting. I have been sick since the age of 13 dealing with symptoms such as full body chronic pain, brain fog, temporary limb paralysis, absent seizures to name a few.
My doctors do believe the vaccine has caused all my symptoms. I will take your advice and continue to take my medical advice from my doctors rather than people that are not educated in the medical field.
I do understand that you are trying to protect the vaccine program but for many girls this is causing harm. Other countries such as Japan, Spain and Denmark are taking action - what makes Irish girls immune to reacting to this HPV vaccine?"

Recbecca went on to  write
"I would still be willing to meet with you to discuss our situation. We could talk without the childish name calling which has made us feel sick to our stomach. Especially when you do not know me or the other girls and how we struggle day after day after day. We're used to ill judged media comments but to hear this from our Minister for Health whose job it is to protect us..
All we ask for is help. I would hope that we would both want what is best for the girls that have reacted to the HPV vaccination. We know it is not the first time vaccine injury has happened in Ireland. The victims of the swine flu jab (confirmed by the WHO) also had to deal with denial for years.
I hope we can get past this and you stop blaming those who are sick and their families.
Yours in hope rather than expectation
Rebecca"