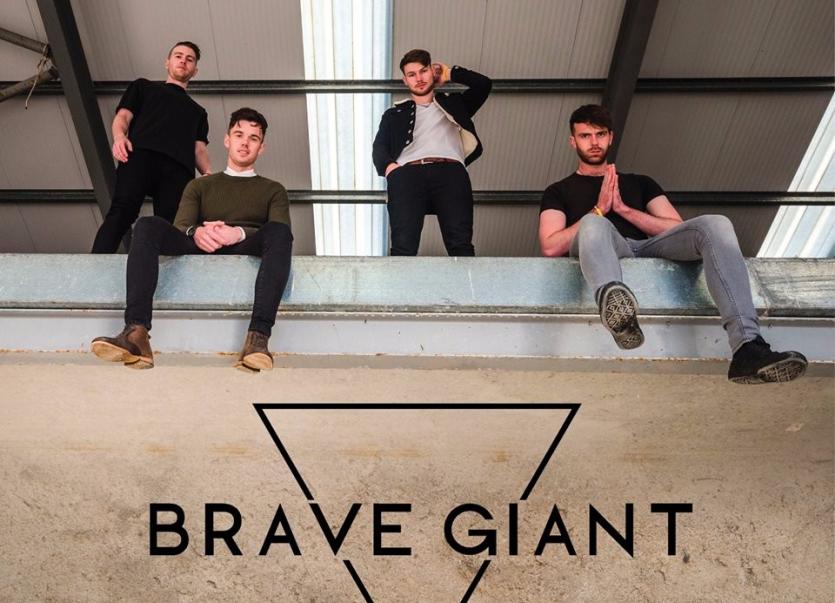 It’s been a remarkable 18 months for independent band, Brave Giant. Their current single, The Time I Met the Devil (featuring Irish actor and comedian, Joe Rooney) has enjoyed over 80,000 views since it went live in late spring, adding to their impressive overall tally of 500,000 online video views.
Earlier this month it was also announced that the video has received three nominations at this year’s Shark Awards (https://www.kinsalesharks.com/sharks-shorts-finalists/), being held this week in Kinsale, Co. Cork.

Brave Giant - The Time I Met The Devil - Kinsale Shark Winner from Fergal Costello on Vimeo.

Now, the Landmark is delighted to bring you Brave Giant’s new single, Way to Love to coincide with the single’s service they are thrilled to also announce Brave Giant’s first headline tour. The Intimate Winter Tour, starts in Carrick-on -Shannon on October 21.

At this show the band will be joined by good friend and strong supporter at radio of the band’s music,
Formed in 2011, Mark Prunty (guitar/vox), Podge Gill (guitar/vox), Ross McNerney (banjo/mandolin), Emmett Collum (drums) are the four young Longford men of Brave Giant. Their love of Irish music is evident in their sound, a skilfully achieved blend of rock, folk and alternative influences.