'The Rising' movie gets the nod from Hollywood

Movie based on 1916 hero Sean MacDiarmada 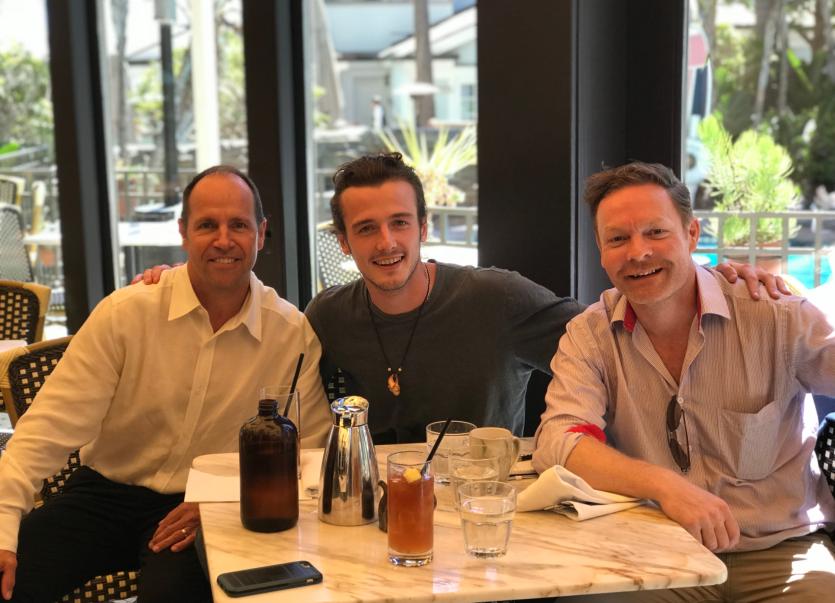 John Shepherd from MPower Pictures, Micheál Neeson, who will play the role of Michael Collins with Kevin McCann

Almost six years in the making, The Rising, a movie based on the story of Kiltyclogher’s Sean MacDiarmada has been given the nod of approval from Hollywood.

The movie is supported by the Irish Film Board, but creator Kevin McCann has spent the past five years in America seeking investors for the multi million euro production.
McCann told the paper “This is the year” after securing the interest of the producer of Braveheart.

The production company MPower Pictures, based in Los Angeles is owned by Steve McEveety, who produced Braveheart, The Passion of Christ and others. They have agreed to put up half the finance for the movie.
McCann told the paper, “I have a strong feeling this is a sign, a good sign for this movie which has been my vocation for many years.”

He said, “Getting the ‘Hollywood Nod’ is a major breakthrough. The producer of Braveheart wants to put up half the money, so now all I need is the other half - $2.5million. I’m sure there is an Irish investor ready to step in now, to help finally tell the Sean MacDiarmada story.”

Kevin McCann had a three hour meeting with Al Ruddy, the Oscar-winning producer of ‘ The Godfather’ and ‘Million Dollar baby’ in his home in Beverly Hills earlier this year.
He read the script, loves it and sent it to a major Hollywood star.
While the movie is “still not home and dry” McCann said this is the reassurance a possible investor needs.
He said this is the “biggest breakthrough” for the movie on our local hero in two years.

Also read: Hollywood actors line up for 'The Rising' movie