Greenway through North Leitrim is "as important as the N16" 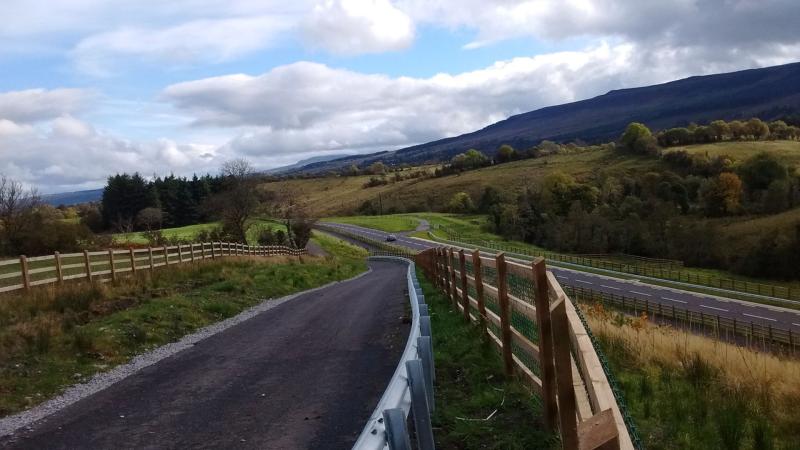 There has been an urgent call for Leitrim County Council Executive to include the SLNCR Group proposal to have a Greenway established in the Manorhamilton Municipal District as part of the county’s overall Greenway strategy.

The call was made by Independent town Councillor Felim Gurn and was vocally supported by all councillors in the area.
Cllr Gurn said the publication of the national strategy is now not expected until September. He noted that they had expected funding in the last round of grants but missed out at the last hurdle. He said all the work had been done and they shouldn't have to start from scratch again.

He made note of the work on the Blueway around Drumshanbo and the support it received from the council, he is now calling for the council to put this as their flagship project for the county.
“It is as important as the N16.” He asked the council to “Give us a leg up.”

Leitrim County Council said they have recently met with Sligo County Council and the local SLNCR Group in order to discuss the potential of a greenway from Sligo to Enniskillen.
“Based on the anticipated cost of such a project particularly within County Leitrim and currently in the absence of knowledge of potential rate of grant aide it has been determined that the relevant first step will be the preparation of a detailed economic appraisal/ cost benefit analysis. This analysis is also a public spending code requirement in regard to a project of this scale.
“This appraisal will be carried out in the coming number of months and the outcome of the analysis will be considered at that time.”

Cllr Sean McDermott said this greenway could be the “kingmaker” for North Leitrim. He informed members that many of the farmers in Leitrim have agreed to the route. Cllr Mary Bohan said the greenway was unsuccessful last time for funding “because we don’t have a minister.”
Cllr Justin Warnock said “I’m four years here, scrapping and begging to get through hoops, they make more and more stumbling blocks for us.”
Cllr Gurn said the cost for Leitrim would be €3-6m and for Sligo €1-3m but the economic benefits would be massive and “jobs will be created.”
The proposed greenway would run from Sligo into Dromahair, Manorhamilton, Glenfarne into Blacklion and onto Enniskillen.