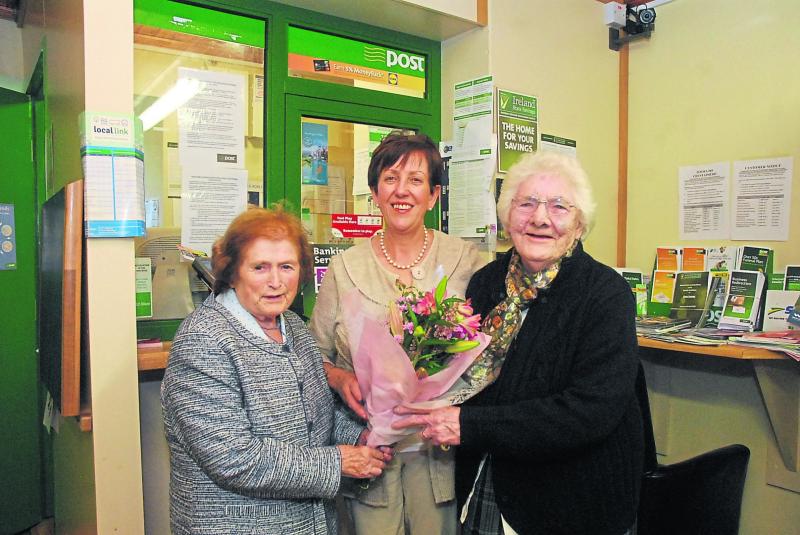 Patricia Reynolds pictured with two of her oldest customers Nora McGuinness from Lisgorman, Dromahair and Mary Alice Kelly from Killargue

Patricia, or Patty as she is known locally, has been Postmistress of Killargue Post Office for 33 years. Her husband Seamus will be running the pub next door for 50 years next year and the couple have been 50 years in the village. 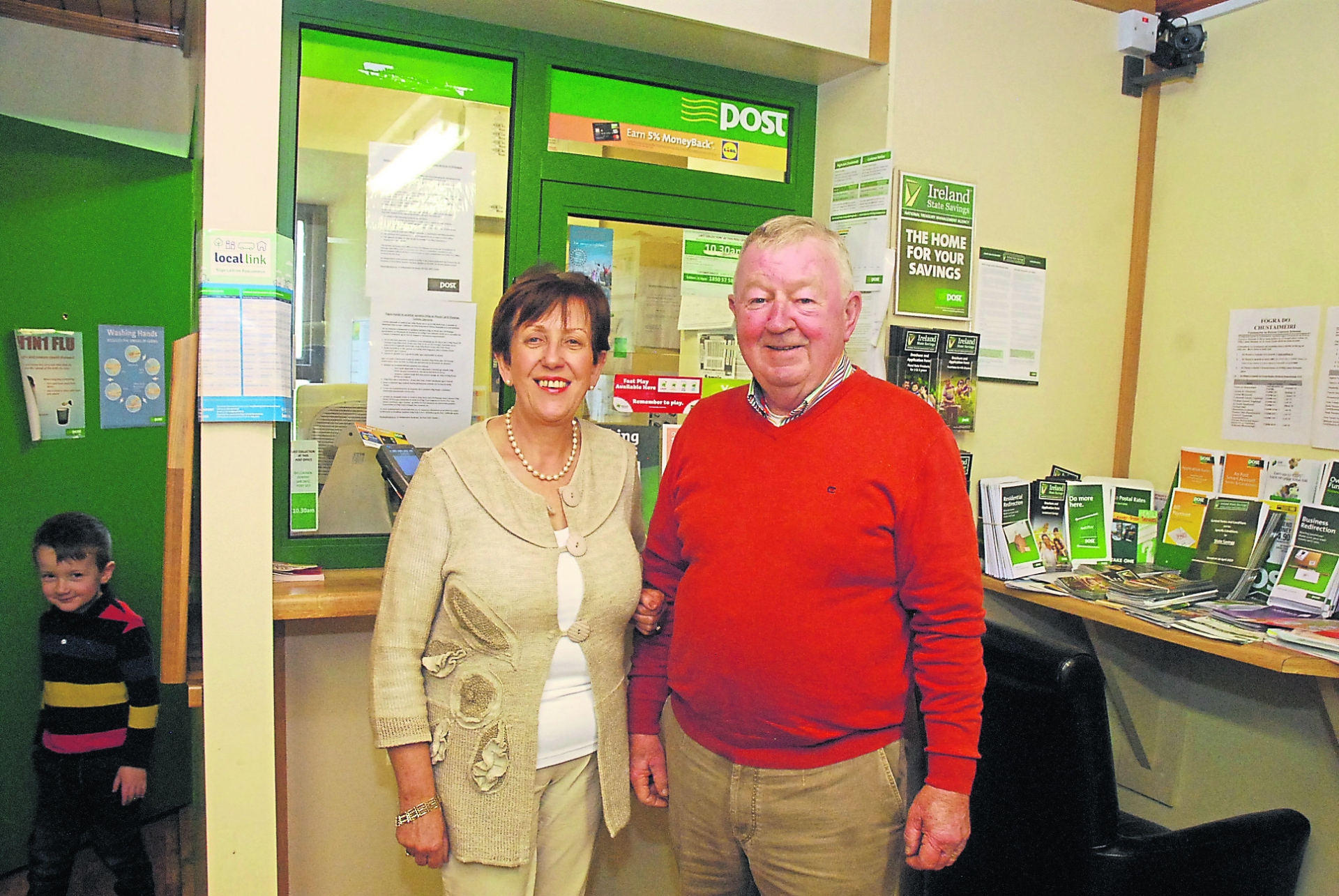 It is understood there has been a post office in the community for one hundred years; it moved to the centre of the village in 1956. It was originally run by the Leddy family and then Michael McGovern before Manorhamilton native Patricia took over in 1983. The shop continued to be run by the McGovern family until 1995, when both were merged.

Also read: No further threat to Leitrim Post Offices until 2020

While Killargue is a large community the village is largely defined by the church, the pub and the post office. The reality that one of those iconic buildings will now be empty is sad for the whole locality not just the Reynolds family.
S. Reynolds Bar next door is only open on weekends and as the winter starts to creep in, Patricia revealed that there may not be long left in it either. Numbers are low and costs are high.
“We won't turn off the light in the village yet,” she adds, before saying they are so thankful to their loyal customers in both businesses. 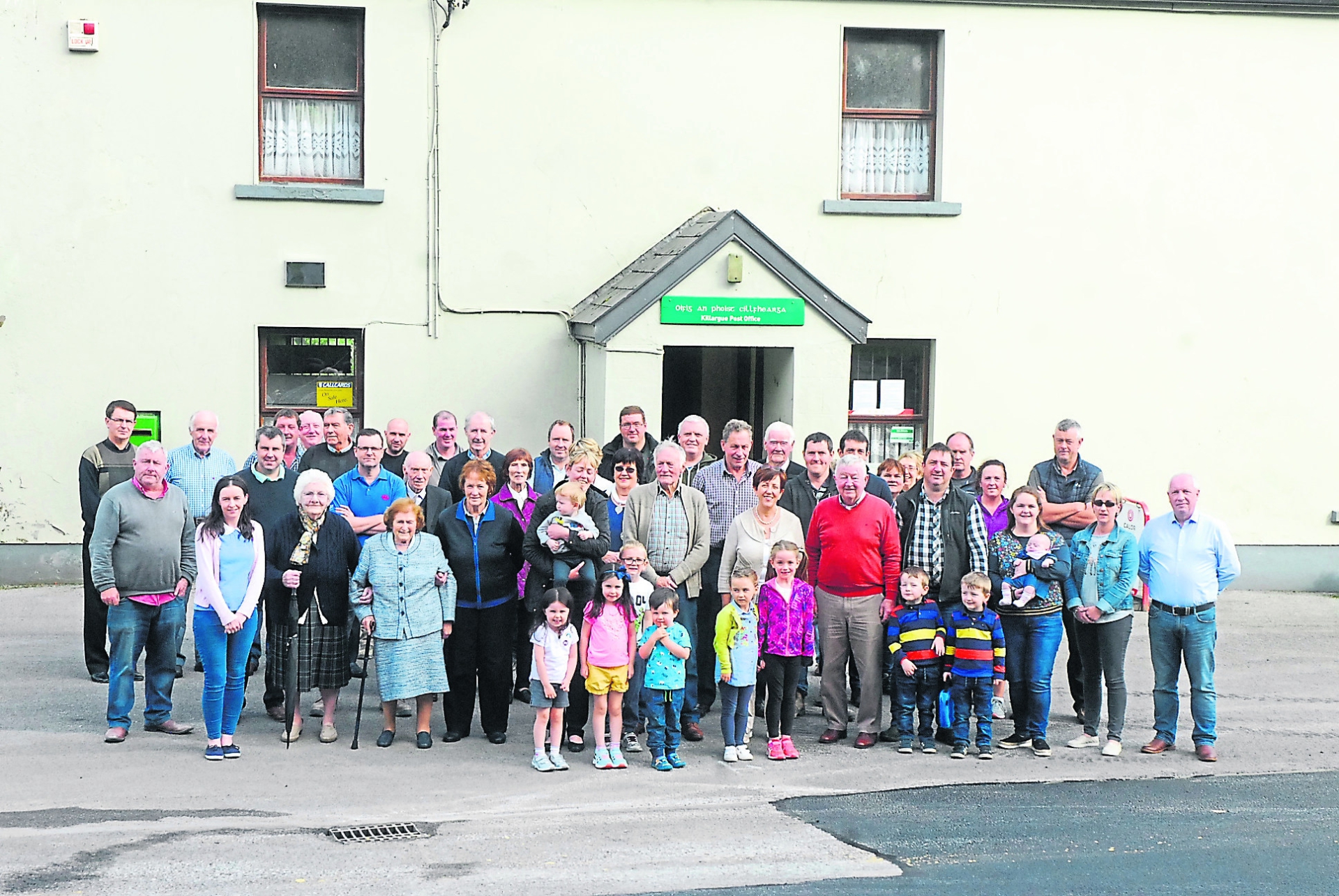 Patricia said they were more than a post office. “We were the Met Office, the Tourist Office and at times the Farming Department!”
Patricia said they get a lot of people tracing their roots in the summer, “We always spend a bit of time with them and send them in the right direction.”
She said she had such a great laugh and enjoyed her time as Postmistress.
Patricia acknowledged that “the fact is people are just not using the post office.” She said she also felt that An Post did not advertise all the services of the post office. “We had people paying their mortgage here, but many more didn't know that could be done.”
Patricia, like many others, agreed that when social welfare payments were made into banks it signed the beginning of the end for post offices. “When I started here, every mother collected their children's allowance monthly, now we barely see a few, it all goes into the banks direct.”
Killargue customers have now transferred their welfare payments to Manorhamilton or Dromahair. She said it is a big change for older people. 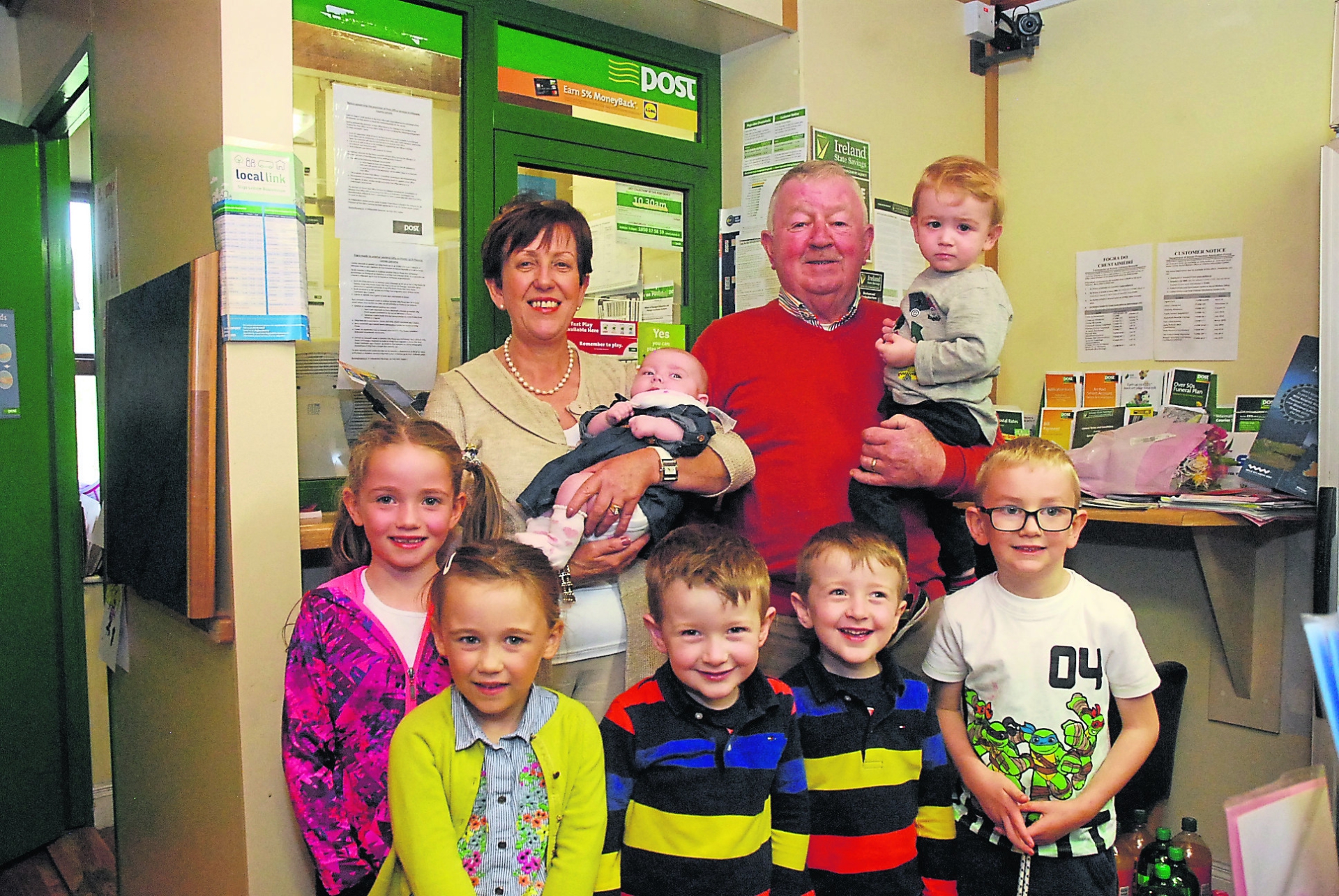 Patricia and Seamus holding with their grandchildren Leah and Ronan with Saoirse, Lauren, twins Donal and Donnacha and Owen in front.

“I am heartbroken to say goodbye, devastated,” says Patricia. But she is also looking forward to the break, she has seven grandchildren all living close by and she hopes to spend more time with them. And the Reynolds's have the pub. They will continue to keep the heart of Killargue alive.