The excitement is building as the winners of the Quarter Finals of the Leitrim All Time Greats are announced! 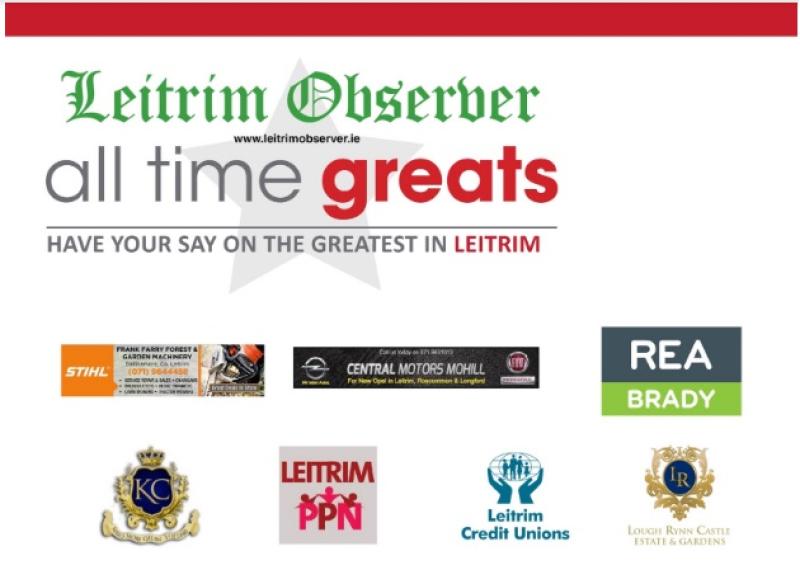 The search continues for the Leitrim All Time Greats!

It is full steam ahead in our search for Leitrim’s All Time Greats and the response to this week’s polls have been incredible as people rally to support their favourites.

This week saw some hard fought contests but clear winners emerged in all four of this week’s polls.

In the first poll it was a tight contest for most of the week but Sean MacDiarmada, one of the men behind the Easter Rising, won through in fine form against Jimmy Gralton who is famous for being the only Irish man ever deported from Ireland.   We predicted last week that Gralton would be hard to beat but MacDiarmada is a strong favourite with voters.

The next poll saw Eleanor Shanley and Ben Lennon, two musical greats, pitted against each other. Eleanor Shanley is one of the country’s most cherished singers but traditional musician Ben has played his way into the hearts of voters and now romps home for the semi-finals.

Olympian Frances Cryan was was the first female rower to represent Ireland in the Olympics and came agonisingly close to reaching the final of the single sculls, missing out by 15 hundredths of a second. But she secured top spot against GAA man and famed raconteur  Ballinamore’s Tommy Moran in their quarter final contest. It was always going to be a tough contest and even though he lost out, Tommy Moran will always be a Leitrim All Time Great.

John McGahern Vs Margaret of New Orleans was always going to be a hard one to call. Two very different Leitrim people who have left their own unique legacy. In the end, John McGahern was the firm favourite Amongst Women (and men). (Sorry, we couldn’t resist!).

So, going through to the next round:

We will be announcing the semi final pairings this afternoon!