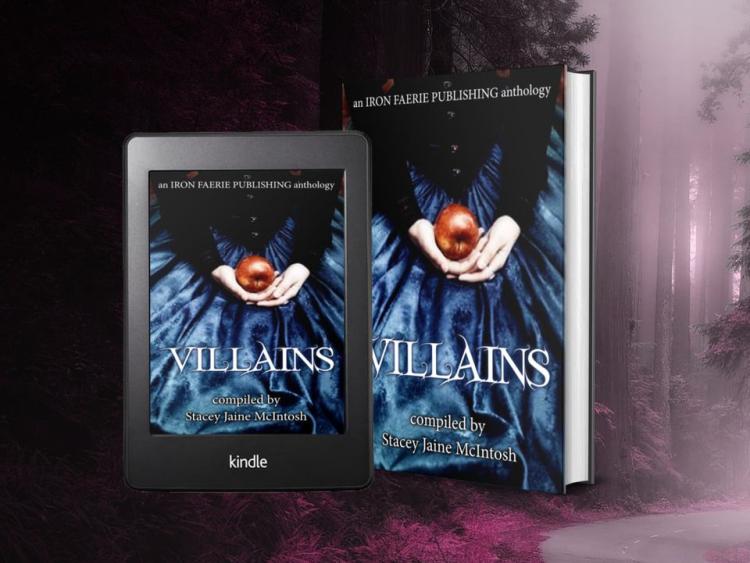 Author Jane Gilheaney Barry, is one of 16 authors from around the world, chosen to feature in an anthology of short stories by Australian publisher, Iron Faerie Publishing.

The book, titled Villians, is a collection of traditional fairy tales, told from the villain’s point of view. Jane chose the story Rapunzel to write, as the idea of the witch’s garden appealed to her.

“I imagined this solitary, outsider woman, with her walled garden, her pride and joy. Of course she was angry with the man who broke in to steal from her. In my research I found the origins of Rapunzel, like most fairy-tales, very dark. I was inspired to weave a completely different take on the version we know so well from childhood,” Jane explains.
Jane wrote and submitted the story during lockdown.

“I'd been working on my second novel when lockdown began.” 'Banshee', set during famine times in Ireland, is a prequel to her novel 'Cailleach-Witch'.
“With the worry surrounding Covid, and everyone at home, I found it easier to focus on shorter form stories than the novel during that time. I really enjoyed working on this story, and was honoured to be selected as a featured author.”

Villains is available to buy from Amazon now as an ebook. Jane's second novel, Banshee, will be available in 2021.

Also read: Fighting against being 'normal' in a teenage world