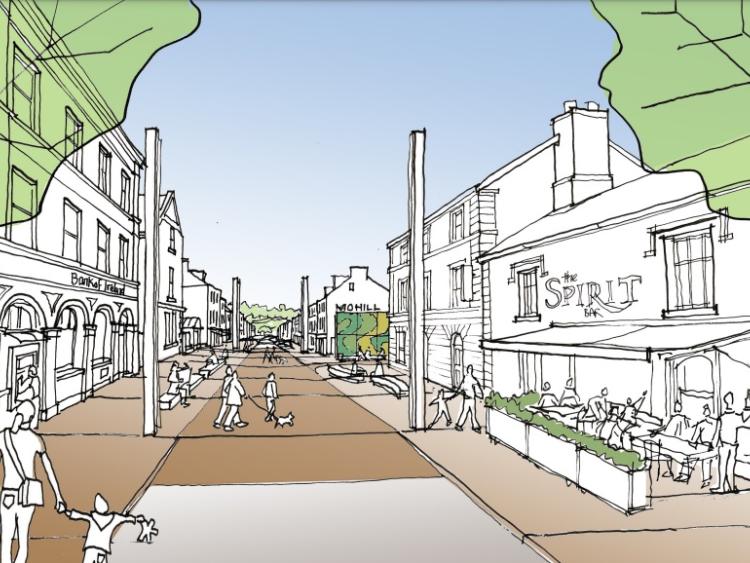 Three local councillors are making themselves available to the public this Thursday, Friday and Saturday to answer questions about the proposed Public Realm Plan in Mohill.

Town Councillor Thomas Mulligan, Cllr Sean McGowan and Cllr Enda Stenson will be at the building where the original plans were posted close to St Mary's Church on Lower Main Street, Mohill from 2-4pm this Thursday and Friday, as well as most of the day Saturday.

The councillors will have the new amended plans which are not available to the public and are willing to discuss and showcase the modified plans.

The decision to accept or reject the plans was delayed last week until December 14.
Cllr Mulligan said there has been a lot of “misinformation” about the plans. He said he will vote to accept the plans with some amendments. He believes the plan will enhance the town, increase safety for pedestrians and enforce traffic calming.
He stated there will be more amendments made to the plan by the councillors before the vote. He asks that anyone who feels affected by the plans and have any questions or comments to meet with the councillors this week.
The modified plan sees an increase in parking spaces from the original plan. The plan no longer includes the Butter Market area or anywhere south of the Garda Station.

Gerry Kilrane, chairperson of Mohill Town Team said he is happy to support the new plans which address concerns over parking.
“Business people were naturally worried that the plan will affect the viability of their business. We believe that overall concept of the plan is good. It will provide much needed investment in our town.”
He said the Rural Regeneration scheme “represents a once in a century chance of revitalising our town and making it an attractive place to live, work and do business.” It also follows on much work and plans completed in Mohill recently. The funding application will also include development of heritage and marketing of the town.