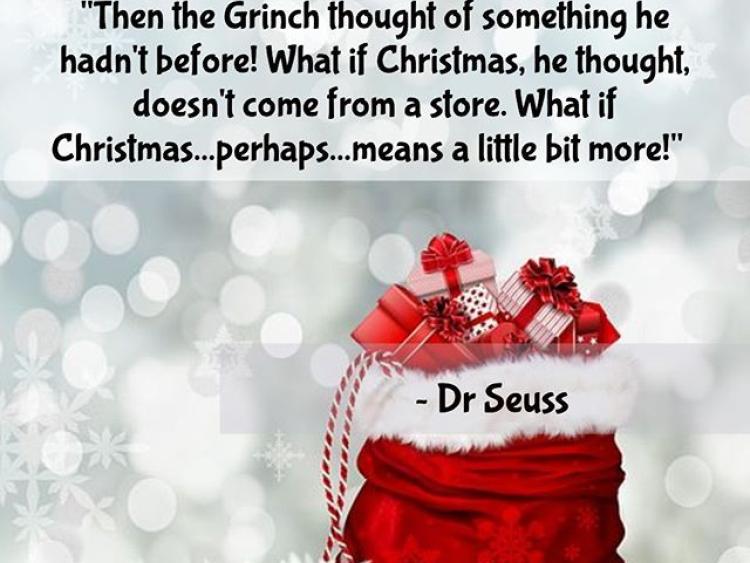 Christmas cannot be bought in a store

Leitrim has been my home and pride of place for over a decade, I love it here, I love the people, the majestic scenery, the way of life and the craic.

It wasn’t a massive move from West Cavan to South Leitrim, but still it took some getting used to and while I am now a proud citizen of Leitrim, I never really stopped being from Cavan, living like a Cavan person, thinking (spending) like a Cavan person … and being the butt of the Cavan jokes!

The best part of being a Cavan person living in Leitrim is that there exists no rivalry between the counties.
When Cavan won Ulster two weeks ago I know Leitrim people rejoiced with us, they jumped up and down, shouted, screamed and celebrated. Despite the fact a Leitrim man was trying to stop us (shout out to Paul Brennan), our 1997 Ulster win was akin to Leitrim’s 1994 Connacht title - Leitrim people understood the importance of this cup.

The support for Cavan was massive, overwhelming really, cars beeped and cheered as they passed my Cavan flag outside the house. My son in playschool came home with not just one but two home made Cavan flags! My daughter along with many others around the county got no homework from generous Cavan teachers and principals in Leitrim schools after the Ulster Final. And the jokes were on fire!

Mean Cavan jokes
Texts, emails, videos, memes, voice notes, tik toks - you name it, if there was a Cavan joke/ satire available I received them all and gladly so, because they were funny.
You know you probably sent a few yourself … sure it is all part of the craic! 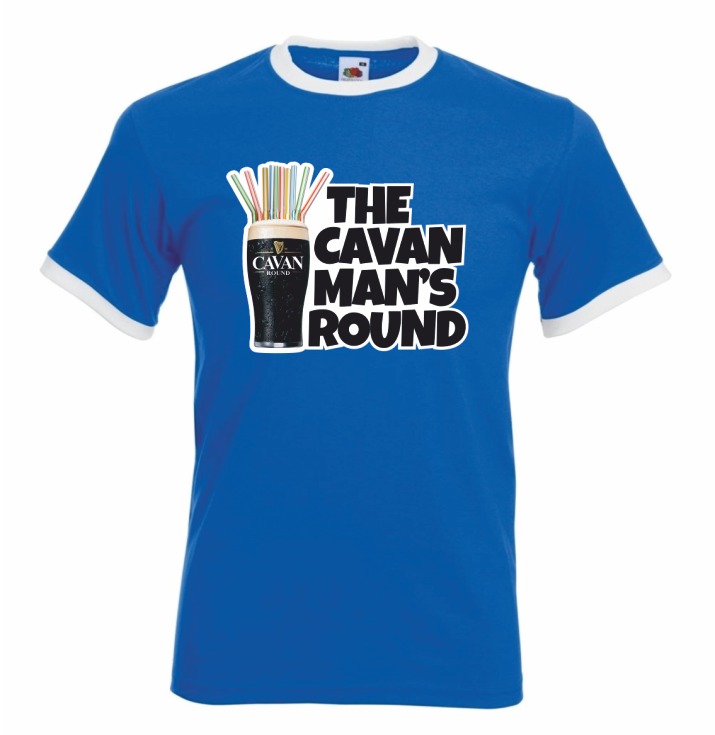 And the reason why Cavan people find the ‘Mean Cavan’ jokes so funny is because, while they are obviously exaggerated; they hold a hint of truth.
Cavan people are not mean, we are not tight, stingy, mingy, penny pinching or miserable with money.
A drive through Cavan and a look at the mansions built there, the amount of new cars and machinery are a testament to that.
No, I have decided after years of close analysis that Cavan people are the original environmental crusaders. We think green, we despise waste and we love to re-purpose something old.

Cavan habits
Every now and again I say or do something that brings looks of shock or confusion from my Leitrim in-laws, friends and colleagues, that I believe are normal habits.
When my kids were babies and growing like weeds, I used to cut the feet off their babygrows and put socks over them to get a bit more last out of their clothes.
I also used to cut up old baby vests to use as rags and cloths.

I have a sowing box full of old buttons and I regularly darn a sock or fix a zip, or re-hem trousers much to the amusement of others.
Hand me down clothes are a god send, my only issue is my daughter's love of pink and my younger son's dislike of the colour. But as a baby he enjoyed pink sheets, blankets, teddies and a host of other girly items - much to the disgust of others!

When I heard a few years ago that people were disposing of plastic carrier bags as soon as they brought home their shopping, I was horrified. Plastic bags were always held in high esteem in my home place, they had a special location in the house and were re-purposed for several jobs. Does everyone not have a bag of plastic bags? Who was throwing them out?
The same goes with wine bags, Christmas gift bags, birthday present parcels - you NEVER write your name on the attached tag, they can and will be used over and over again!

Do. It. Yourself - Now I know many DIY projects can end in disaster but I have to say it is hard for me to pass over the buck for something I could possibly do on my own. I have become a master in painting and decorating and while some rooms in my house showcase my beginner status - practice makes perfect. And job satisfaction is a great morale boost.
We still laugh in our house about the time we bought a new dishwasher and I refused to pay €60 for installation and handed my husband the instructions instead! We did get it installed, but the time it took probably wasn't cost effective!

Last one to buy a round at the bar? No way, you have got to get in there early, before any more stragglers join the group or before people get brave and start ordering double brandys!
It is not about spending less, but spending wisely. Instead of buying a cheap perfume set for your friend that lives halfway to Cork, organise a weekend to meet up next year.

This Christmas after enjoying the heroics of Cavan on the field (maybe not quite Croke Park), I am imploring Leitrim people to be a bit more Cavan in their thinking. Reduce spending, reuse and re-purpose old items and recycle.
While I love the idea that some people are “going all out this Christmas” I don’t necessarily believe that should equate more stuff, more presents, more food or more spending. 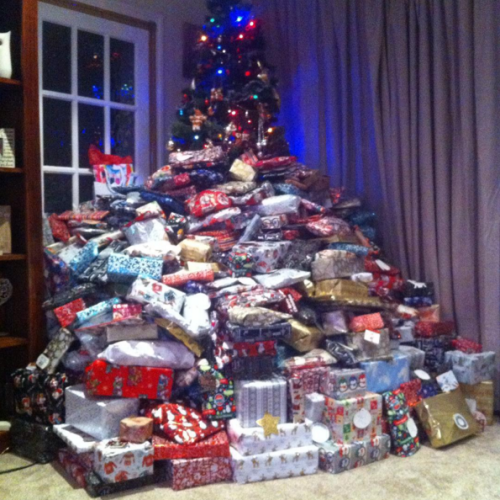 I love Christmas, the tree and decorations are up, the xmas songs are blaring and I am living for hot chocolate (a few hot toddies) and hallmark movies. But I also hate the waste that Christmas brings.
Do your kids remember what they got last year? Do they still play with it or wear it, or know who got it for them?
Of course Santa will bring toys - that magic is real.

But does the sitting room need to be filled with ripped open presents from who knows who, an aunt, a cousin, a work colleague - cheap plastic toys for the sake of it, clothes for the sake of it and enough boxes of chocolate to build a fort in?

We all realise that Christmas won’t be the same this year, there won’t be work parties, or even large family get-togethers. Many of us will need to decide now what sacrifices we will make to see the people we love.
We might need to forego the restaurant or shopping centre so that we can see our elderly relatives or visit a friend.
While Christmas is the most magical time of the year, it is so special because we stop thinking about ourselves and focus on the happiness of others.

How you will cheer up the neighbours down the road who won’t see family this year, how will you try to bring a smile to those who are grieving a loss, who lost their jobs, who are sick?

Don’t get yourself into debt, don’t go “all out” if it means a lean and miserable January. Don’t borrow from your future self for an instant hit of excitement.
Instead create traditions that will last with your family - board games, winter walks, baking cookies, movie night, writing cards, festive zoom quizzes or drive by decoration hunts.

Spend wisely this Christmas, be a little more Cavan!