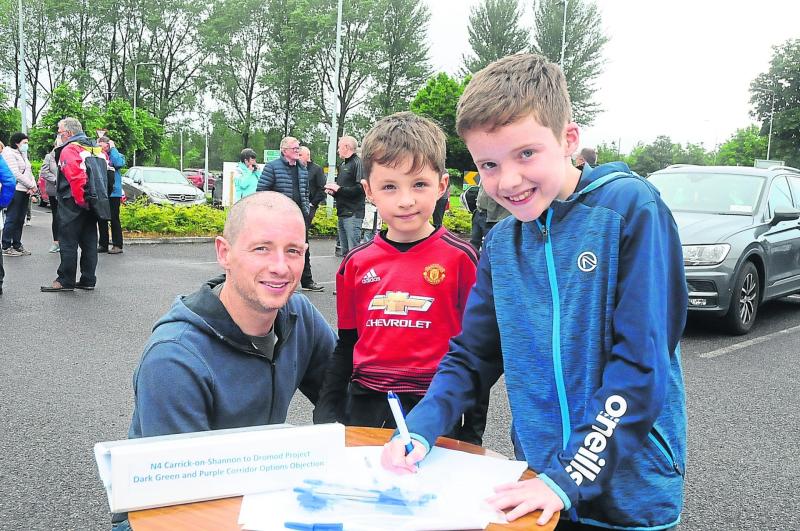 Mother nature clearly approved of the submission as the persistent rain stopped minutes before an outdoor submission signing was about to start in Carrick-on-Shannon.

On Thursday evening last at 7pm the concerned residents from the communities that may be impacted by the dark green or purple proposed N4 route corridor that potentially will rip through the communities stretching from Drumsna to the Boyle Road on the north side of Carrick-on-Shannon turned out in force to sign the submission. 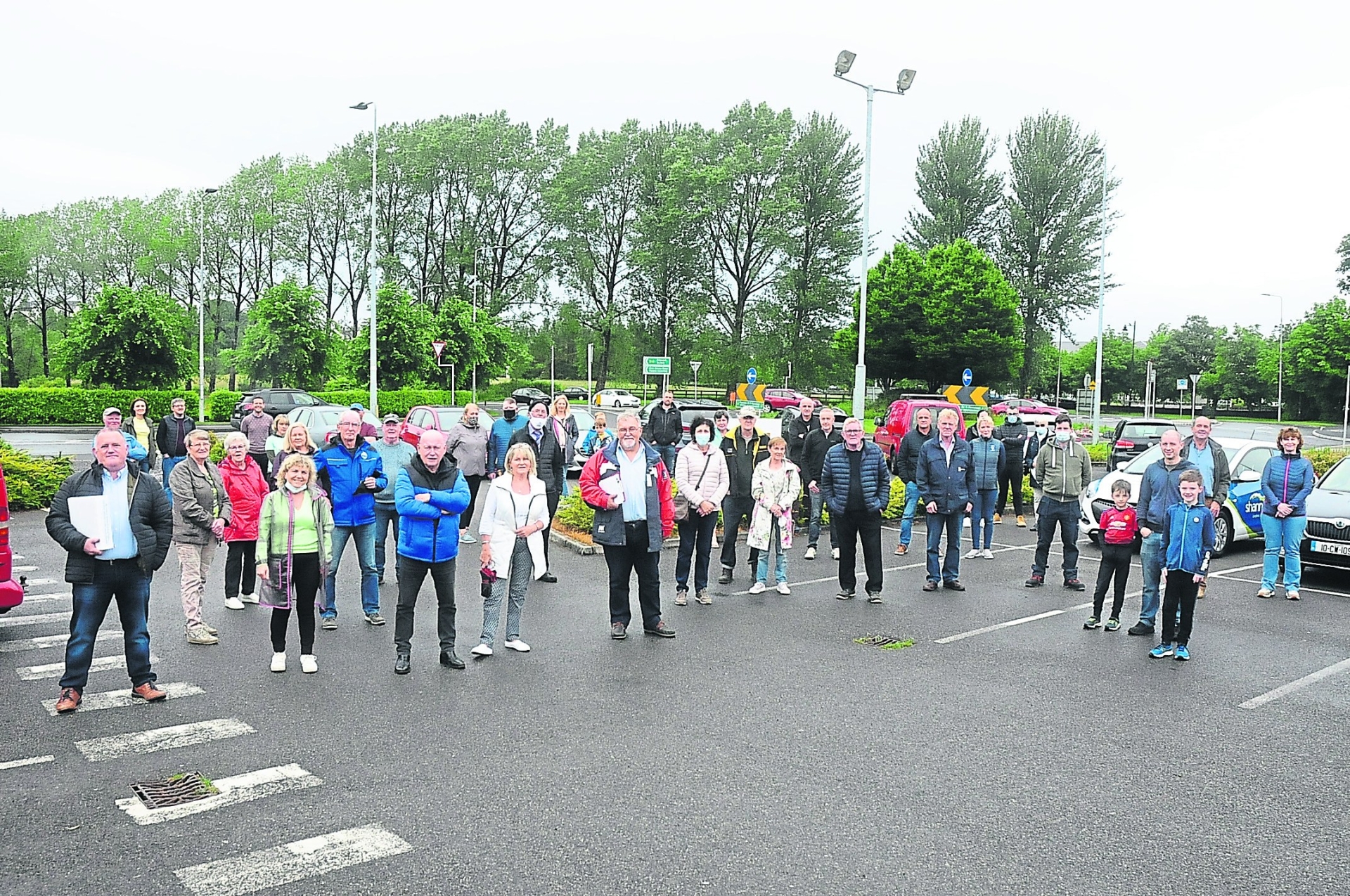 Residents from the Keenaghan, Lisduff, Castlecara, Dromore, Cloonsheerevagh, Cloonsheebane and Hartley areas of Carrick-on-Shannon attended a signing of a group submission last Thursday opposed to the green and purple routes for the proposed Carrick-on-Shannon bypass Picture: Willie Donnellan

The 30-page submission from the communities of Keenaghan, Lisduff, Castlecara, Dromore, Cloonsheerevagh, Cloonsheebane and Hartley is a detailed document constructed to mirror the project objectives format which will be utilised as part of the route selection report.

Best wishes to Dr Kieran Greene who has retired

Large numbers of residents gradually streamed into the carpark to sign the submission including local Councillors Enda Stenson, Des Guckian and Finola Armstrong-McGuire.

The proposed routes will have a huge impact on nature, the environment and the physical and mental health of the residents in the peaceful setting, according to local residents. 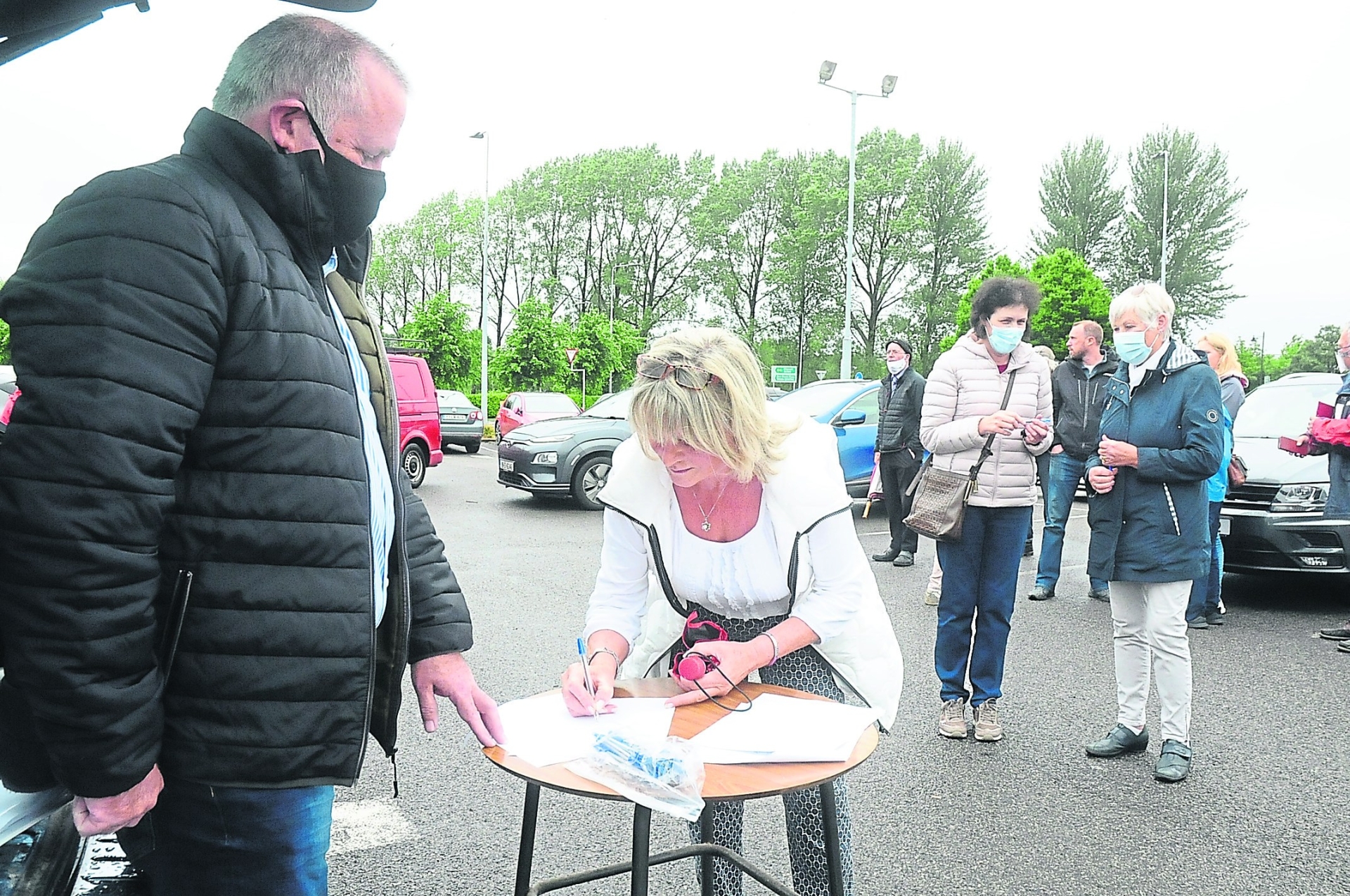 Signing the petition opposed to the proposed northern routes

Among the concerns expressed are significant increases in air and noise pollution; visual impact upon the landscape; diminished quality of life for residents; increased health-related issues and negative impact on mental health and wellbeing; increased risk of crime as a result of less privacy; detrimental impact to the environment.

Part of the route is a Wildlife Heritage Area with sightings of the curlew and warble in recent months. There are eight curlews being monitored in the Hartley Bridge area by the Leitrim Curlew Project. There are regular sightings of red squirrels, barn owls and bats in the area.

The area is a busy walking route and Irish Waterways have published a ten year Masterplan for the Shannon which includes a Blueway and Greenway. There are numerous wells, archaeological sites and old school buildings on the route.

The dark green/purple communities submission can be viewed at www.carrickdromod.com