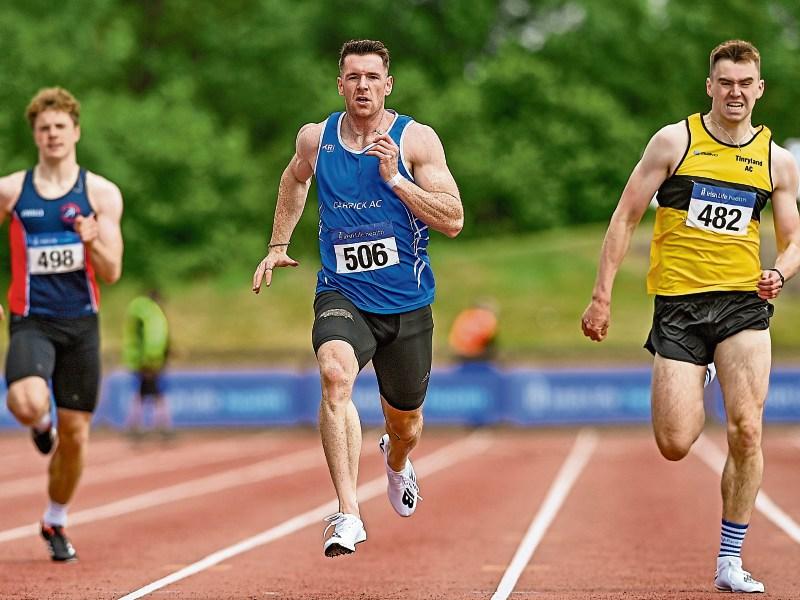 There was a bittersweet taste to the day for Gerard's training partner and Carrick AC clubmate Eanna Madden who finished fourth in the 200m final, missing out on the medals but showing a great return to form after an injury plagued 18 months.

As one of the coaches in Eanna's training group, Gerard O'Donnell said “Eanna got back in with us two months ago and he was doing well over his first few 100s but then he had a hamstring issues so he wanted to avoid the full exertion of blasting a 100m so he decided he’d try the 200m.

“Then he jumped into the 400m at the last minute as well and put in a great performance. He is obviously full of talent and he is talking that he will put in a full winter with us next year and if he does that, and Eanna gives you everything when he is applying himself, there is nothing left unturned. If he puts in a full winter with us, he could produce something really, really special in the 200m or 400m next year.”

Ballinamore AC's Colin Griffin finished 13th in a time of 33.40.83 in the 10,000m, a strong run from the double Olympian who has really impressed on the roads over the past few years thanks to some great performances over the marathon.

There was a further Leitrim connection to one new national champion with Kinlough's Olympic marathon runner Breege Connolly advising Sligo AC's Aoife Kilgallon who was an impressive winner of the Women's 5,000m on Saturday in a time of 16:16.85.