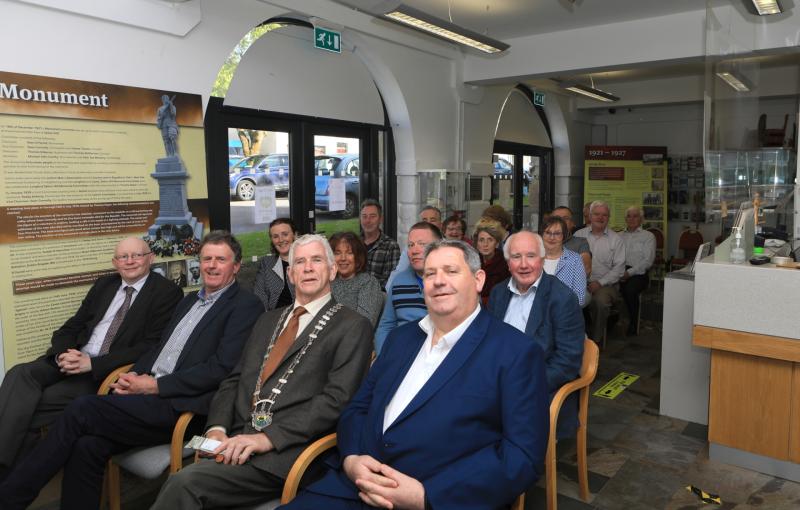 The launch of the 14th annual Sean Mac Diarmada Summer School took place in the Heritage Centre, Kiltyclogher, on Monday, May 23.

Regina Fahey (event director) thanked Leitrim County Council, Leitrim Tourism and the Decade of Centenaries committee for their valued support of the event. 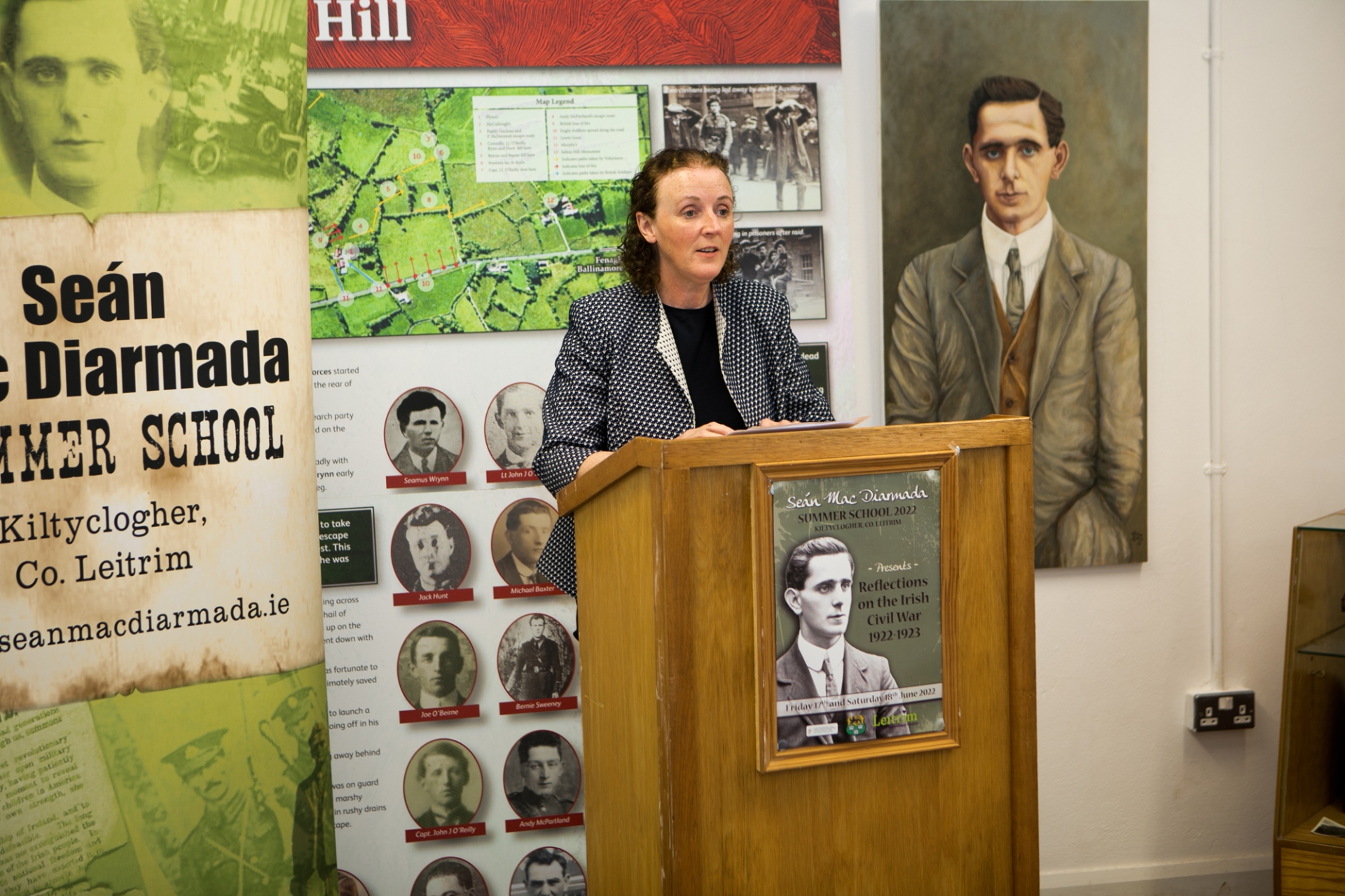 The event theme for June 2022 is Reflections on the Irish Civil War. Having reached seminal milestones in Irish history, (the 1916 Rising and the War of Independence), the event now finds itself in year seven in the decade of centenaries.

Now it will examine perhaps the most significant and divisive episode in our history - the Irish Civil War of June 1922 - May 1923; a twelve months war that would impact on Irish life for the next 100 years to date.

The opening of the summer school will take place on Friday, June 17 with the customary event at the Mac Diarmada homestead in Corranmore.

Direct descendants of Sean Mac Diarmada - Padraig McDermott, Maura Mylonas and Patricia Walsh, will perform the opening ceremony on the doorstep of their grand-uncle’s ancestral home.

The opening lecture of the weekend, the Orla Parkinson Memorial Lecture will be delivered by Dr. Jackie Uí Chionna (NUIG), her presentation title being, “Miss Ryan, she who in all probability, had I lived, would have been my wife”: Min Ryan, Love and Loss in the Revolutionary Period.”

The final presentation on Friday, June 17 will be given by Irish Times journalist, Ronan McGreevy, with “Ireland’s Sarajevo: The Assassination of Field Marshal Sir Henry Wilson MP, started the Irish Civil War and changed the course of Irish history. Why was he shot and what role did Michael Collins play in this event?” 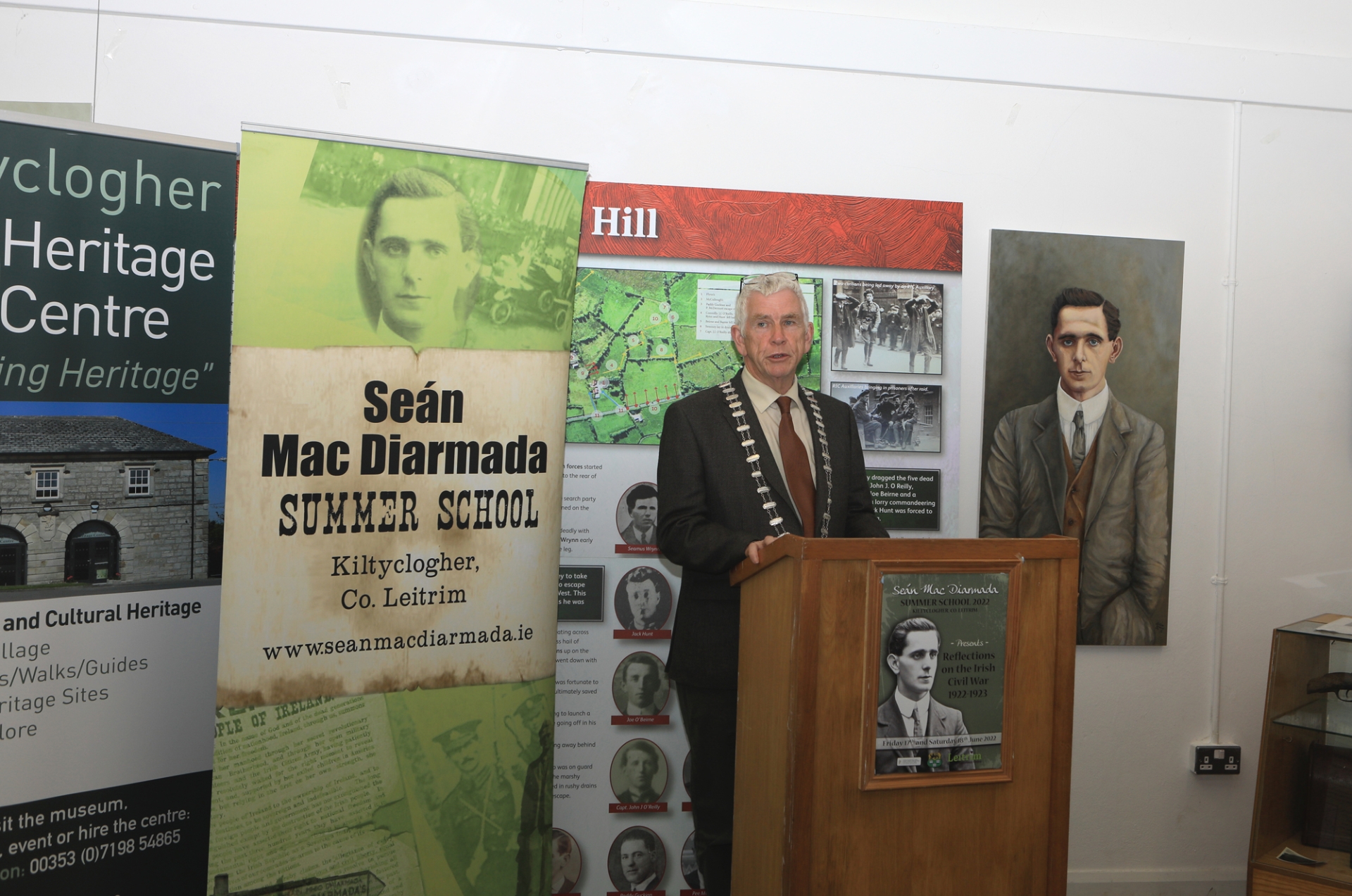 Tom Elliott (former leader of the UUP) will consider “The disastrous impact of the Irish Civil War on Unionists and Protestants of the Irish Free State.”

Cathaoirleach of Seanad Eireann, Senator Mark Daly, will focus on the Seanad with his presentation entitled, “The Centenary of Seanad Eireann - Minority Voices, Major Change - Past, Present and Future.”

An analysis of how we as a nation have commemorated our significant historical centenaries, will be offered by Catriona Crowe (former lead archivist at the National Archives of Ireland) in her presentation “Civil War: how are we doing at the end of the decade of centenaries?”

June 2022 sees a return to a “real” event in Kiltyclogher’s Holiday Centre after two years of live streaming of the event due to the Covid-19 pandemic.

The ability to live stream ensured the continuity of the event and brought it to many in a global context; people who could not otherwise have accessed the event due to lack of geographical proximity.

Live streaming will take place again this year in conjunction with the actual event taking place in the Holiday Centre.

This will be a feature of the summer school going forward and was one very positive outcome for the event after two long and twilight years of lockdown and semi-lockdown during the pandemic.