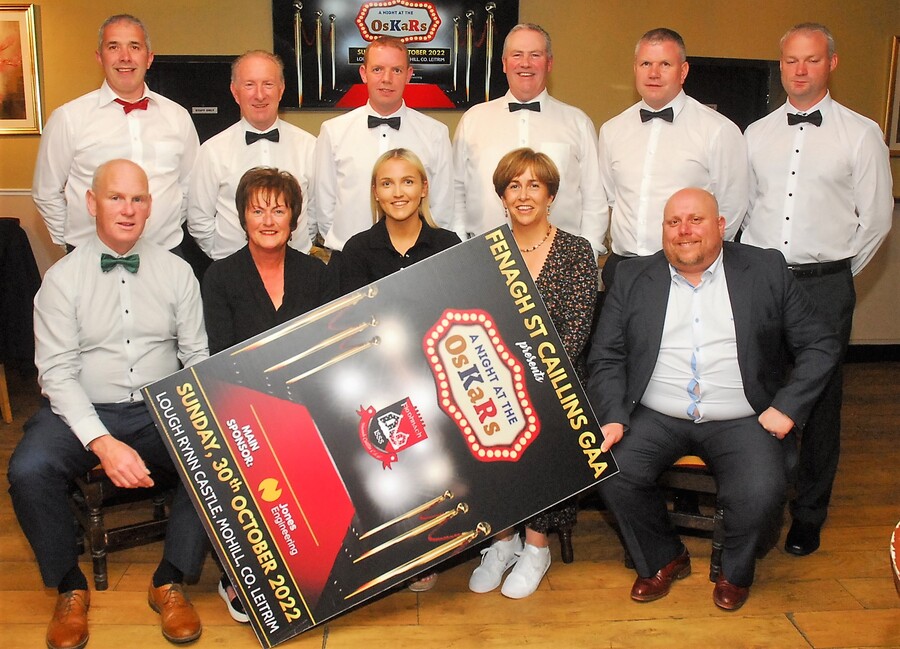 The red carpet was well and truly rolled out on Friday June 10, for the first time in quite a while in the Village of Fenagh as the OsKaRs came to town.

Following a couple of years of lockdowns and restrictions the Gaa folk in Fenagh have decided to exit it all with a bang. The Club has launched their very own 'A Night At The OsKaRs' fundraising event to help raise funds to commence refurbishment and development works at their grounds Pairc Sean O'Laodain.

First mooted close to two years ago when initial contact with 'Kevin Rowe Events' began, the event was hit like every other aspect of society in March 2020 when restrictions were first introduced.

The Committee which was set up at the time remained steadfast with their ideas and they are now delighted to announce that the very first - Fenagh St Caillins GAA presents 'A Night At The OsKaRs' - is set to take place on Sunday October 30, in the luxurious Lough Rynn Castle Hotel.

With the event and venue decided, the next stage in the organising Committees scheme was to set about finding acting nuggets around the four corners of the parish and beyond. To say they achieved their objective is definitely an understatement.

With seven movies in the offing, the task of finding 70 plus Actors was unenviable. However they have exceeded their expectations and on 'Launch Night' last Friday night in Quinn's Lounge, Fenagh, Master of Ceremonies Extraordinaire John Lynch was on hand to introduce the Cast of Fenagh OsKaRs 2022 to the Movies and Roles they have been born to play.

To sighs and gasps of fear and fun, characters such as Forrest Gump, Bull McCabe, Veronica Guerin, Mrs Doubtfire, Baby Houseman/Johnny Castle, Sharon and Dessie Curley and William Wallace amongst others were introduced with Actors from throughout Co Leitrim as well as neighbouring counties tasked with fulfilling these famous roles.

Willie Donnellan was on hand as always to capture the announcements.

To sweeten the shock some great prizes were in store for all the Actors taking part. A huge thanks goes to the OsKaRs event Main Sponsor Jones Engineering. Their representative, local man and OsKaRs Committee member Damien Conefrey was on hand to present the first Actors prize of a night away for two and an evening meal in the Shelbourne Hotel, Dublin, sponsored by Jones Engineering.

The winner of the prize was Mary McGirl and Mary has insisted the trip to Dublin will be an educational one incorporating a trip down Moore Street as she prepares for her role as Mrs O'Leary in 'The Snapper'.

So with preparations now advancing, scripts soon to be read and movie scenes to be filmed, Fenagh St Caillins Gaa 'A Night At The OsKaRs' promises to be a night to remember for the ages.

To coincide with preparations for the event itself, participant Actors are also planning some fundraising activities. Keep an eye on Fenagh GAA's social media pages and the Leitrim Observer Club notes over the coming weeks for all the details.

The Fenagh OsKaRs organising Committee, the Club's Executive, members and supporters wish to sincerely thank everyone who is helping out in big ways and small ways in what promises to be an unforgettable night and an event which will be a beacon of light shining a path into the future for this proud Club.