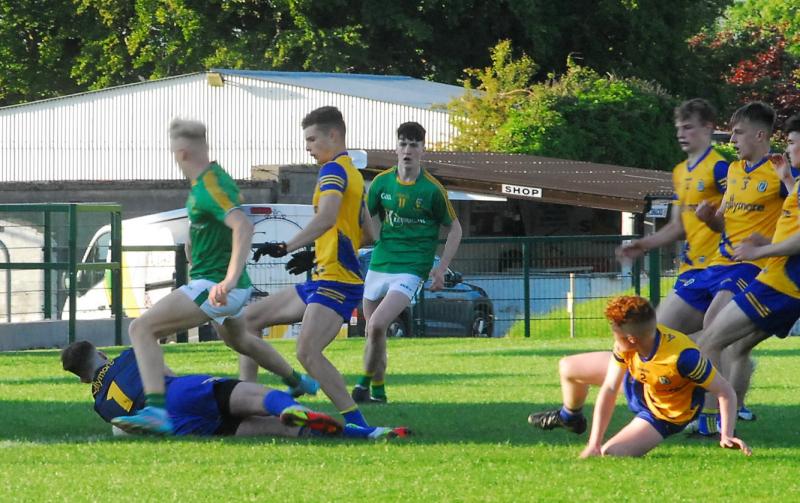 Trying to make sense of what happened last Friday week in Dr Hyde Park will take a greater mind than mine as a lacklustre Leitrim were ripped apart by a hungry Roscommon in the second half of the Electric Ireland Connacht Minor Shield Final.

Leitrim went into the game with genuine optimism and a desire to right the wrongs of a group stage game where they had battered Roscommon everywhere but on the scoreboard but it was clear from early on that the Green & Gold were struggling in the face of a Roscommon team playing with real desire.

The home side bossed the first half yet only led by two points as Leitrim's quality saw them grab an excellent goal through Fionn Curley while wasting a couple of excellent chances, chances that would have had them in a commanding position at the break.

A Roscommon goal on the break less than a minute into the second half was a blow but Leitrim looked to be coping as Adrian Dockery's side were matching the home side for the opening quarter but were unable to show it on the scoreboard.

The game turned in a flash midway through the second half when Paul Honeyman put Josh Maye through on goal only for keeper Sean Kelly to make a fabulous save. Straight from that save, Roscommon went down the field and Brendan Murray blasted to the Leitrim net.

That gave Roscommon an eight point lead instead of a five point gap and Leitrim heads dropped and dropped badly as Roscommon were invigorated, scoring two more goals in the next four minutes to seal the Minor B Shield title. 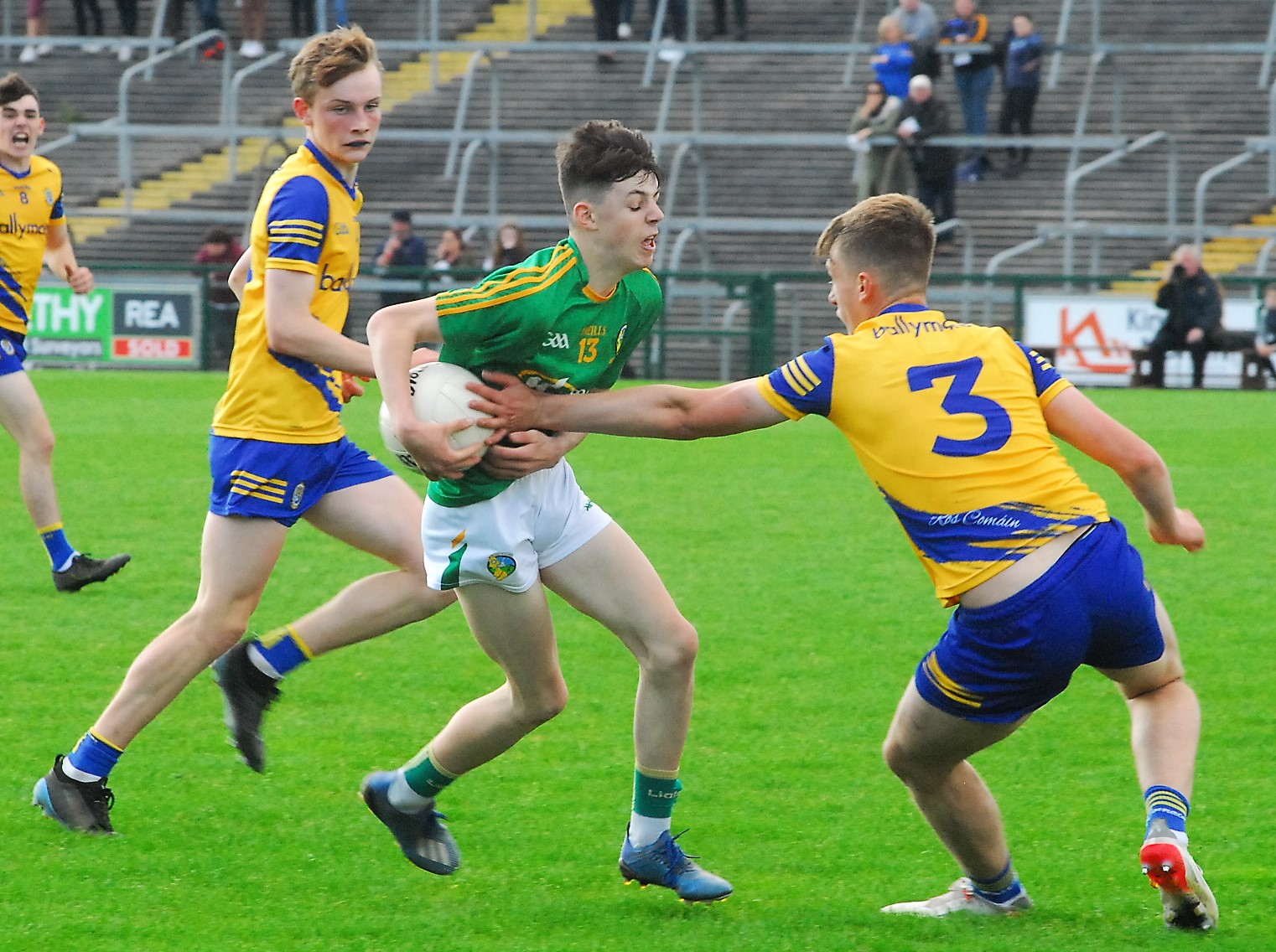 Just why Leitrim were so flat and seemingly devoid of energy is hard to know. You certainly think it couldn't have been over confidence for the Green & Gold were surely looking to gain the bragging rights over their neighbours but whatever the reason, the defeat was desperately hard to take for a fine young team.

Despite the loss, the Minor campaign this year has shown real promise, even if Friday's game took the veneer off it. Leitrim went toe to toe with some of the strongest teams in the country and didn't look out of place - the task now is to build on this in the years ahead.

Both sides missed early chances, Josh Maye dropping a shot into the hands of Roscommon keeper Sean Kelly. Ryan Dowling got Roscommon off to a lively start with two good points inside four minutes, turning up a goal chance for the second point.

Conor Kelly fired over from distance to put Roscommon three to the good while Dowling was unlucky to see a shot come off the post. Leitrim did open their account when a foul on Tom Plunkett was punished by a Guckian free but Eoghan Murray fired over after a good run from Ryan Hanley.

Leitrim should have goaled when Darren Cox broke through but Kelly made a fine save with Fionn Curley unlucky to see his fisted effort fly the wrong side of the posts from the rebound. Paul Honeyman did fire over a point after a well worked move on 13 minutes before Rory Carthy and Guckian swapped frees.

Another goal chance were a-begging when Paul Honeyman blasted a great chance wide when he was put clear through. Roscommon then seemed to take clear control of the game with four points in three minutes, Jamie Betts, Brendan Murphy and corner-backs Eoghan Carthy and Michael Moran on target.

The home side now led by six points but in typical Leitrim fashion, the Green & Gold finally found the net when Fionn Curley’s mazy run through a couple of chances ended with the Leitrim Gaels man blasting to the net from close range with six minutes left in the half.

Liam Chandler and Tom Plunkett would add a couple of fine points to leave just a point in it before corner-back Carthy got his second of the half after good work from Eoghan Murray to leave Roscommon with a slender 0-10 to 1-5 halftime lead. 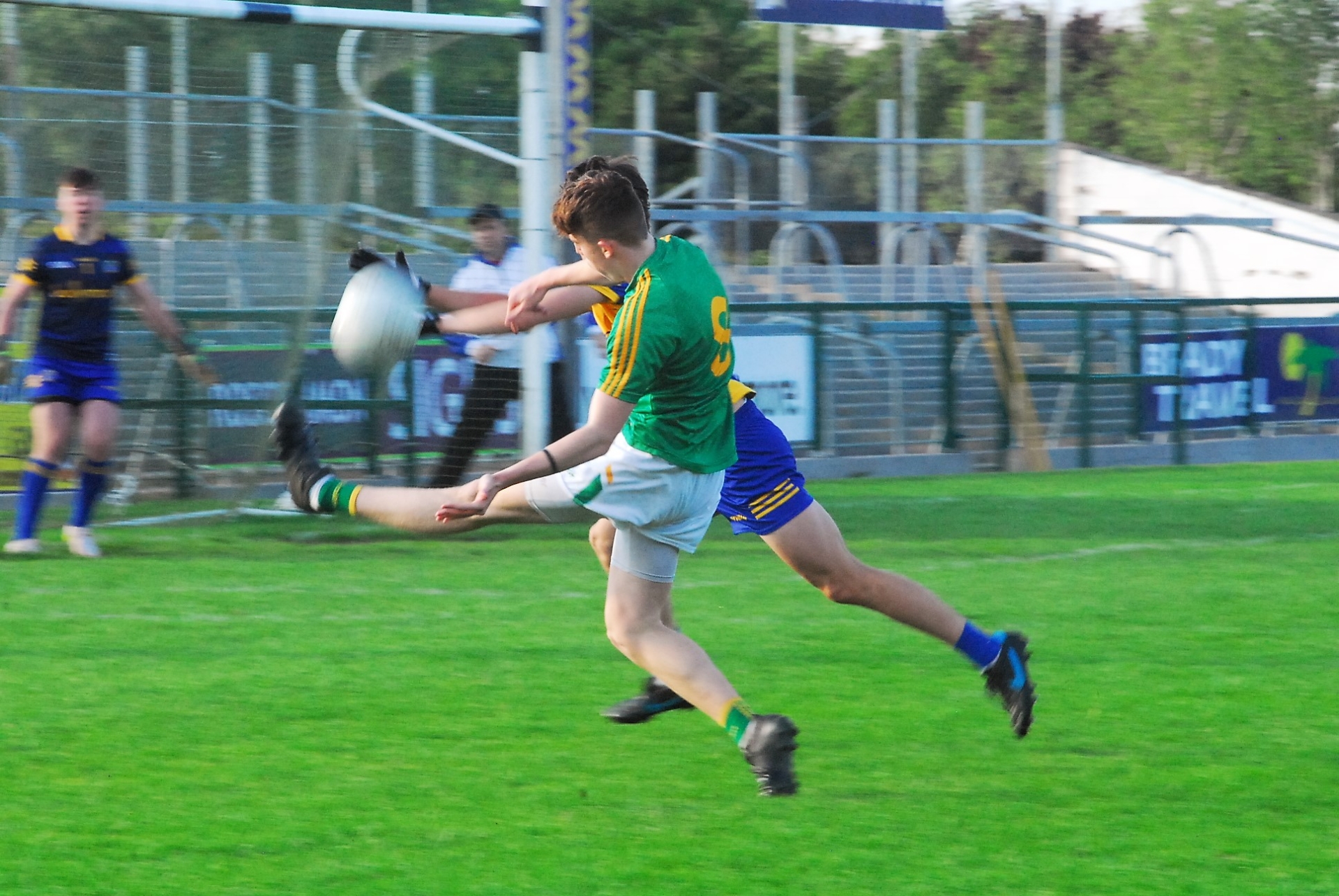 With Leitrim having the strong breeze behind them in the second half, there were good reasons for optimism but the game took a huge turn less than a minute inside the second half. Full-forward Eoghan Murray won a ball he had little hope of winning some 60 yards from goal and then charged in before unleashing a fabulous shot to the Leitrim net.

Rory Carthy put a free wide before Ben Guckian saw an effort come off the post and Roscommon increased their lead when Murray charged through for a point five minutes into the second half.

Paul Honeyman was just beaten to a high ball over the top by the Roscommon keeper while Tom Plunkett cracked a ferocious shot off the Roscommon crossbar on eight minutes. Ben Guckian then left a shot short and Josh Maye shot wide before a Honeyman free after 12 minutes saw Leitrim open their second half account.

Carthy and Guckian both missed opportunities from frees but the tilted ferociously in Roscommon’s favour with two key incidents in the space of 60 seconds. First Paul Honeyman’s run saw him cause consternation in the Roscommon defence before he offloaded to Josh Maye who was clear on goal.

Roscommon keeper Kelly advanced smartly and saved Maye’s shot with his feet, some Leitrim fans appealing for a foot block but there appeared to be clear separation. Roscommon managed to scramble the ball clear and about 30 seconds later, sub Brian Greene put midfielder Brendan Murphy through on goal and he made no mistake.

The dramatic change in fortunes seemed to drain the life from Leitrim and two minutes later, Greene got in on the goal scoring act when sub John McGuinness cut in from the wing and set him up for an easy finish.

Two minutes after that, McGuinness, son of former St Mary’s and Leitrim star Ollie, got his own goal, grabbing the rebound after his initial shot was saved and bursting through to drive the ball to the Leitrim net.

The game was virtually over that and with both teams agreeing to unlimited substitutions, the impetus left the game. Paul Honeyman (free), Jack Foley and Ben Guckian all fired but Roscommon matched them with points from Lee Taylor, Carthy (free) and Greene who forced Shaun Sheridan to tip his goal bound drive over the bar.