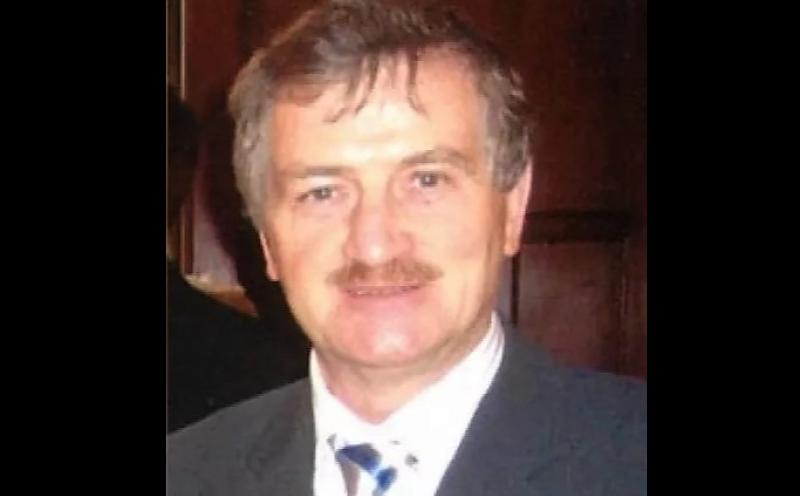 The following is a tribute to the late Enda McGowan, former Cavan footballers and  Manorhamilton native, by Frank Brady.

Critics and cynics will quickly proclaim that he never played for Leitrim. True, but Enda McGowan was a Leitrim man, who certainly earned plenty of accolades with the neighbouring Breffni Blues in a stellar intercounty career that lasted more than a decade.

Enda acquired the fundamentals of Gaelic football under the tutelage of Christian Brothers, Sebastian and Anthony, members of the De La Salle Order in Manorhamilton, who were not just great teachers, but were excellent coaches as well.

I heard that a few times Enda, and his brothers were not available to train or play a match during the hay season. Being a member of a big family on a farm, where machinery was scarce, and perhaps good weather scarcer, could be problematic when saving hay and playing football collided. Enda won a Leitrim Minor League medal with the then Sean McDermott’s Club, and I have a vivid recollection of Enda operating as a corner forward scoring two late goals to draw a minor championship final against Cloone, but the south Leitrim team won the replay.

Incidentally Enda and I emigrated to Cavan on the same day: Enda to the Agricultural College in Ballyhaise and me to St. Pat’s Cavan. Over the next few years our paths would cross regularly, most often in Breffni Park. It was in these years that Enda threw in his lot with the local Ballyhaise Club.

Quite understandable at the time as unfortunately GAA affairs were at a low ebb around Manorhamilton. Sean McDermott’s were having difficulty fielding a team, and would eventually fold as Glencar had emerged as a new club further out the Sligo road. Given that Enda was then working and living in Ballyhaise, it was inevitable that he would play there, and of course Cavan folks know a good thing when they see it.

As St. Pat’s students were regulars in Breffni Park, I was very much aware of his progress as he made his way through the ranks, from U21, to junior, to become a senior county player. The Anglo Celt was also providing plenty of feedback about progress. Enda eventually make his senior championship debut as a substitute wing-back against Cork in the 1967 All-Ireland semi final against Cork.

The tigerish and tough-tackling marker would line out there without interruption for the next eleven years. The McGowan forte or signature play was emerging from a thick ruck of players with the ball, followed by his trademark solo and, then his long delivery up the wing. Years later when I worked in Cavan I was very much aware of the high regard the Breffni folks had for Enda’s skills, especially his defending capabilities.

Few players, if any, enhanced their reputations at McGowan’s expense. Records show that he won two Ulster Championship medals, 1967 and 1969, a McKenna Cup medal, 1968, and two Railway Cup medals, 1970 and 1971. Those were the years when Railway Cup selection was just a notch below all-stars. He was also on the losing side in three other Ulster Championship finals, 1968, 1976 and 1978.

Though Enda never was awarded an all-star, he did travel as a replacement to the US in 1970. In later years the New York Cavan Club flew him out for a couple of games.

However from a Manorhamilton or Leitrim perspective, the 1970 Railway Cup Final, which I attended, garnered plenty of local interest. Enda was a wingback for Ulster and Fr. Harry O’Carroll, was his opposite number, a wing forward for Connacht.

Incidentally Enda and Harry were close neighbours, schoolmates and former team-mates. On this day Ulster and Enda won as Harry was held scoreless. However Harry did have the distinction of scoring the winning goal against Cork’s Billie Morgan the previous year as Connacht triumphed over Munster.

Enda would go on to captain his adopted county and, after he retired from playing, he served as a selector with Cavan for a number of years in the eighties. Besides being a highly rated county player for more than a decade, Enda also experienced success with his club winning junior and intermediate titles, but lost out in two senior championship finals.

Though Enda thoroughly enjoyed his time in the Cavan colours, he did “guest” with us in a tournament or two outside the county. Persuasion was rather easy in a rather convivial setting in the Bamboo Bar on a Saturday night. The young Manor man never forgot his roots, and of course we were delighted to have him for the rare occasion. In the pre-Glencar Manorhamilton era we’ve had a few Manor players who did well on the big stage, among who would be Patsy McBride and Jimmy O’Donnell.

Indeed the late Jimmy, a former Manorhamilton/ Cootehill/ Leitrim/ Cavan player, and Enda would have come across each other on the Cavan playing fields, but their county careers didn’t overlap.

It certainly was a great pleasure to have known Enda during my years as a student in Cavan especially when he used to drop off the odd box of Major cigarettes into me in St. Pat’s. May the former great defender Rest In Peace.