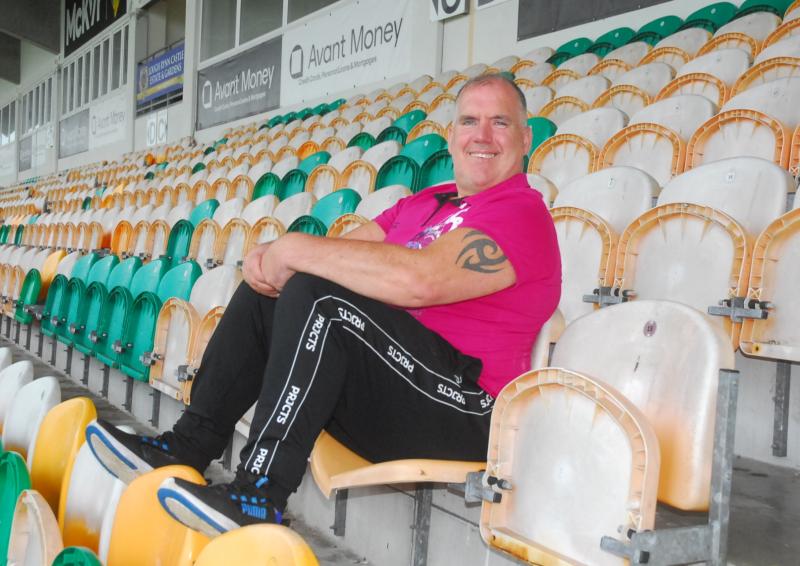 Martin McHugh launches his autobiography "Born to Save" on Sunday

There's another reason Martin McHugh decided to write “Born to Save” and it is very personal but also very public as the former Leitrim keeper seeks to inspire people battling cancer as the book details his battle to twice beat the deadly disease, writes John Connolly.

“I’m hoping that when people read my story, it will give hope to people who do get bad news because it is a couple of words you never want to hear,” admitted Martin when asked about his reasons for writing the book, adding “You can deal with you can’t have this or can’t have that.

Martin McHugh's story is one for the ages

Leitrim 1994 goalkeeper launches his autobiography next Sunday, September 11, in the Landmark Hotel in Carrick-on-Shannon at a special free event

“But the words that you have cancer - when I was told that, it was such a kick in the teeth. Your whole world falls apart when you hear those words.”

It is what drives Martin’s desire to spread the word to other men to get themselves checked out: “The important thing with that was it was caught early and I had options ahead of me to deal with the prostate cancer so I always tell people and men in particular, it is so important to get yourself checked out.

“There is no point in holding off a pain in your back, a pain in your shoulder or head, to hold off and wait until things get worse. You have pains for a reason - there is something going on. For the sake of half an hour, go to a doctor, see what’s going on and the first thing a doctor does now is take your bloods.

“That’s what happened to me, the blood test came back that my PSA levels were up. So I’m hoping that this book gives hope to people that there is light at the end of the tunnel.”

It must have certainly felt like he was in a dark tunnel when he got the news: “In 2009, it was a very tough year for me with regard to operations and chemo and sickness but for me personally, I couldn’t play football at all that year. After the operations and chemo, I just had no energy at all.

“A year or two after that, I recovered and got the fight to go back to the GAA and I transferred back to my home club in Aughnasheelin at age 44 thinking I was going to retire and maybe play a bit of Junior football. But in 2015, the bug came back but then again, I was hit with prostate cancer.”

But Martin has a new-found appreciation for the small things in life and that is why he is still training with Aughnasheelin, still looking to get between the posts once more: “Why as I still at it at 52 years of age? I just love the game so much, I think that getting over the two bouts of cancer has made me mentally strong as well.

“Thank God for the ice baths in Poll an Éasa after training but only for that, my legs would be flying in the air with one of my kickouts. The fact that I’m 52 years old, people have taken notice of what I’ve been through and what I’ve achieved on and off the field will hopefully give hope to people out there.”

In fact, Martin credits his background as a goalkeeper and in sport as a factor in being able to cope with two bouts of cancer, a fact that was brought home to him as he tried to recall the events, matches, incidents and all the other things that go to make up an action packed life.

“I think the hardest part was trying to remember what happened 45 years ago playing in the school yard,” said Martin when asked about the process of writing the book with Jason Byrne, “I was trying to remember my first outing with the Junior team as a 16 year old and getting knocked over by bulldogs or heifers of footballers.

“In those days, the skill levels on a lot of teams wasn’t great but it made me stronger, fitter, mentally and physically, to be able to deal with what was going to happen to me later in life.”