Drumshanbo top south to finish top three in Junior A 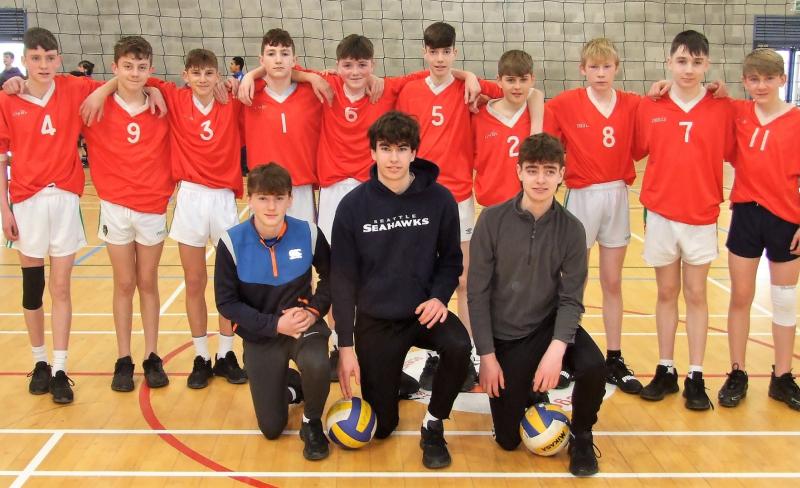 Drumshanbo VS Junior As bowed out with pride after reaching the Junior A semi-final for the first time in four years before they had to blow out against a very strong Portlaoise team.

This was a thriller. Fethard were a step up from previous matches and so many times when Drumshanbo thought they’d won a point, back the ball came, leaving Drumshanbo 1-4 behind at the start. Mark Nolan, who was an excellent defender of emergencies throughout the day, served them into a 5-4 lead. Still level at 6, it was an extraordinary run of 5 serves through the rafters from Brian Nolan that opened up an 11-6 gap.

Ronan Guckian and Darragh McCormack were setting up each other very well. There were many thrilling rallies with the longest containing a spectacular dive from McCormack. Jack Beirne who came into the game with a finger injury served out the set with three aces.

Drumshanbo changed two of the first six for the second set. One of the newcomers Daniel Gilrane was the only player to win a point on serve right up to Drumshanbo trailing 10-16 as the team even lost their rotation set up.

Finally the other newcomer Aaron Gallagher, who proved a great mover, change matters by serving 5 including 2 aces, and 3 aces from Beirne, put them 19-18 ahead. Level at 21-21 Fethard raced to 23. McCormack served it level but Fethard sneaked the set.

Jack Beirne was rested for the third set and it was close at the start to 5-4. Then Kaelin Spark served 3 and Brian Nolan served another five to set up Drumshanbo for their first Junior A semi-final for four years.

Portlaoise won the senior B National final this year and with a pick out of 700 pupils and wonderful facilities they turned up with a team that physically bigger and stronger than Drumshanbo.

There is no age limit for Junior and although all their team were in second year as required, some looked definitely older than their Drumshanbo opposition. The big change was that they were strong enough to absorb the stinging serves of Drumshanbo’s best and set up spikes from that to put Drumshanbo under permanent pressure.

It was close enough up to 4-6 but then Portlaoise went on a huge run of serves which neither a time-out or, Kaelin coming on as a substitute, failed to stop. Portlaoise led 16-7 before Sparks got Drumshanbo first score on serve. James Winters came on towards the end but although he made no error, Portlaoise sailed on to win the set.

It was really closer than this as two crucial decisions went against the Leitrim school. Jakub Zalpala, who had been superb throughout, saved many balls and followed up with challenging spikes.

But eventually Portlaoise’s strength prevailed. Jack Beirne came on at the end it was a consolation for him that he aced Drumshanbo’s last winner at 18. Portlaoise, deserving winners, have reached their first ever A volleyball final. 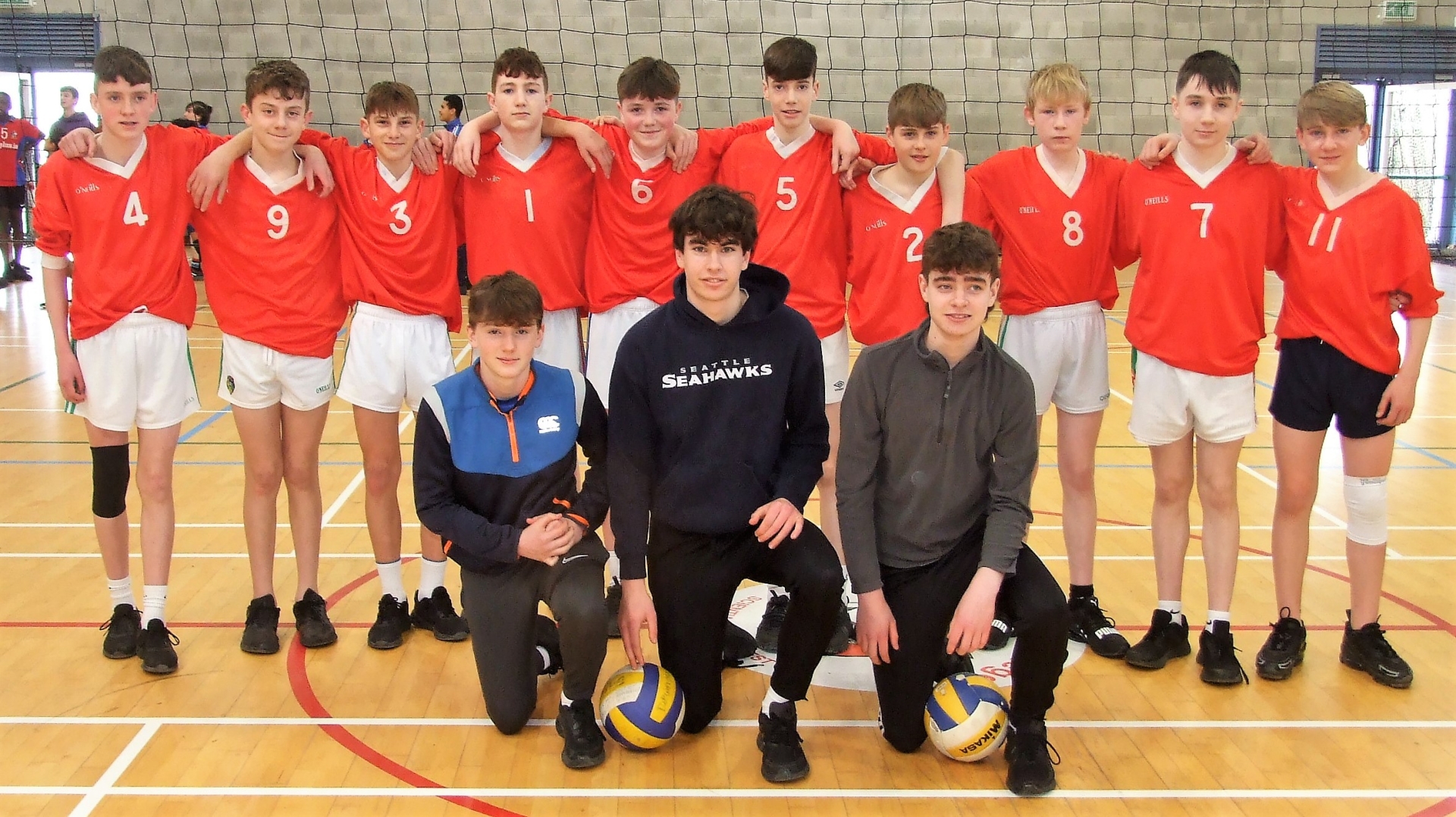