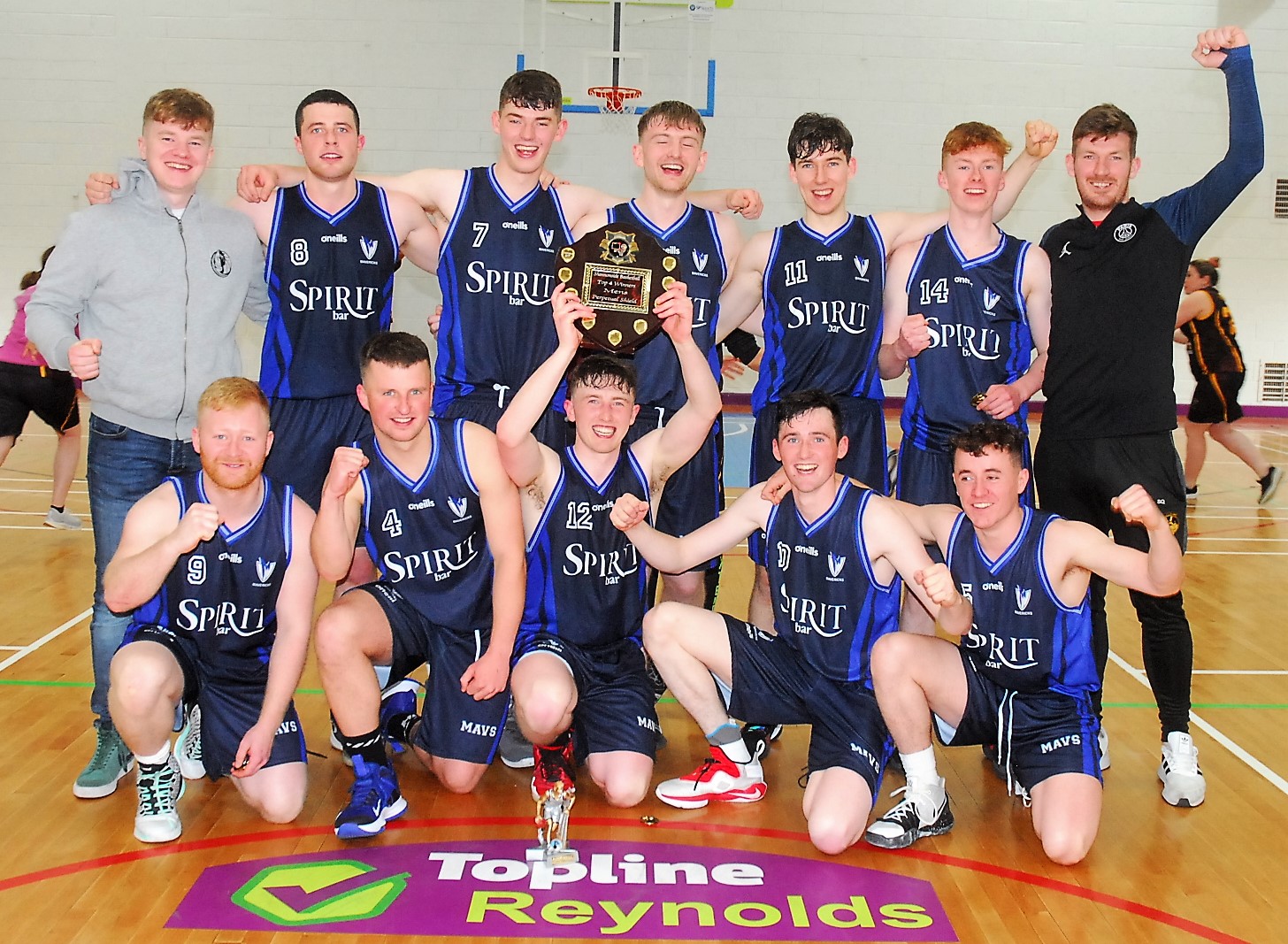 If you had the opportunity to attend one of the Lonleitros Basketball Finals in Topline Mohill Community & Sports Hub over last weekend you were in for a great treat, with a feast of great basketball action.

For local teams, there was joy and heartbreak with Mohill Men winning the Plate Final on Sunday after a dramatic encounter featuring two periods of overtime while Carrick Cougars also picked up the Men’s U18 title on a very good weekend for Leitrim's basketball clubs.

However, there was heartbreak for Mohill Mavericks Ladies team as they lost out by four points to the Sligo All Stars in a pulsating Ladies Top 4 Final.

With games taking place on Friday and Saturday, Mohill Men booked their place in the Plate Final after they overcame Leitrim rivals Carrick Cougars by just two points on a 77-75 scoreline on Saturday while their Ladies team had a more comfortable afternoon, defeating Boyle 71-33.

On Sunday, Carrick U18 boys were first in action on finals day against a strong Longford Phoenix and they took home the title with an impressive performance, winning the game 77-63 to take the win.

In the men’s plate final, Mohill Mavericks were neck & neck the whole way through with their opponents Mayo Meteors. It was edge of your seat stuff with excellent shooting & defence from both teams. The atmosphere in the Sports Hub was nothing short of electric and with three seconds left of normal time, Mohill found themselves three points down.

Thankfully the ball fell into the able hands of Fiachra McGuinness who put up a three pointer to level the game-sending the crowd wild and the match into extra time. After two periods of extra time, Mohill came out 79-77 the victors in a match where either team could have lifted the trophy. A fantastic display of skill & determination from the young Mohill Mavericks with Fiachra McGuinness winning the MVP award.

The home crowd had some time to draw their breath in between finals as the Ladies Top 4 Final took place. Once again, the Mohill supporters were in for a real treat in a tense and action packed Ladies top 4 final as Mohill Ladies took to the court against Sligo All Stars.

It was clear to see why these two teams finished top of the league as this epic battle unfolded. The game was physical, and was very close, with only a basket or two separating the teams throughout the entire game.

Superb shooting and fantastic rebounding from the Mohill ladies drove the team forward. Unfortunately, a few fouls from Mohill and subsequent free throws from Sligo let them take the lead in the last minute and as the final whistle blew, the Cup was heading to Yeats County on a 59-55 scoreline.

For any supporter who attended the finals, they received a fantastic display of skill & talent from these two young teams. There is no doubt that they have many more finals in them yet.