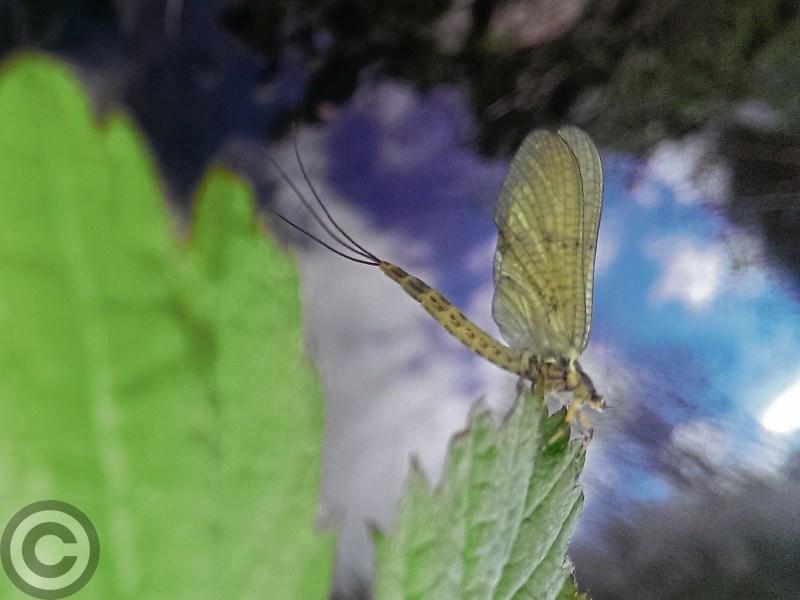 A close-up of a Mayfly

Inland Fisheries Ireland have announced the launch of a new campaign, ‘Operation Ephemera’, which is designed to alert anglers to the intensification of efforts to detect those who either take undersize trout or more trout than the rules allow.

Compliance with other relevant angling regulations and rules, including relevant permit conditions, which pertain on certain lakes, will also be enforced. Anglers found flaunting the law will receive a fixed charge penalty notice, which attracts a fine of €150 which, if remaining unpaid after 21 days, will result in prosecution.

The new campaign is specifically focused on anglers fishing for trout during the annual hatch of the mayfly and takes its name from the species name for the mayfly - Ephemera danica - which is traditionally associated with the ‘Mayfly Season’ on the prime wild brown trout limestone lakes in Ireland.

It is, traditionally, the busiest time on the lakes when fish are feeding on the surface and are ‘easier’ to catch. The lakes where the campaign will be focused will be: Loughs Corrib, Mask, Carra, Conn, Cullen and Arrow all in the West, and Loughs Sheelin, Owel, Ennell, Derravaragh and Ree in the Shannon catchment.

“Over recent years, we have been seeking the views of the angling public as to what they wanted IFI to do more of in terms of fisheries management in the coming years,” explained Greg Forde, Head of Operations at Inland Fisheries Ireland. “The theme that kept being repeated was that anglers wished to see more protection of the fisheries resource.

"Ultimately, there is a concern amongst anglers that not everyone on our lakes abide by the strict regulations that are in place to protect these extremely important wild brown trout and the mayfly period is when fish are most vulnerable.

The campaign will be concentrated in May but with hatches being late in some areas this year, this may extend into June. It is appreciated that many anglers practice catch and release but where trout are permitted to be taken, it is important that this is within the strict regulations for the respective lakes.

Anglers are also reminded that when fishing in a lake boat all passengers must wear a buoyancy aid or lifejacket.

Inland Fisheries Ireland is also asking the public to help protect and conserve the fisheries resource by reporting incidents or suspicions of illegal fishing to its confidential hotline number telephone 1890 34 74 24 or 1890 FISH 24.

I would strongly recommend all trout anglers to familiarise themselves with the pertinent Bye-Laws and relevant legislations regarding trout catch sizes and rod numbers permitted on the above named waters before setting out on their annual Mayfly expeditions.

As always I would also recommend practicing “CPR,”i.e. Catch, Photo and Release wherever possible. Until next time, stay safe on the water and always wear a lifejacket, especially on a boat, as it is the law.