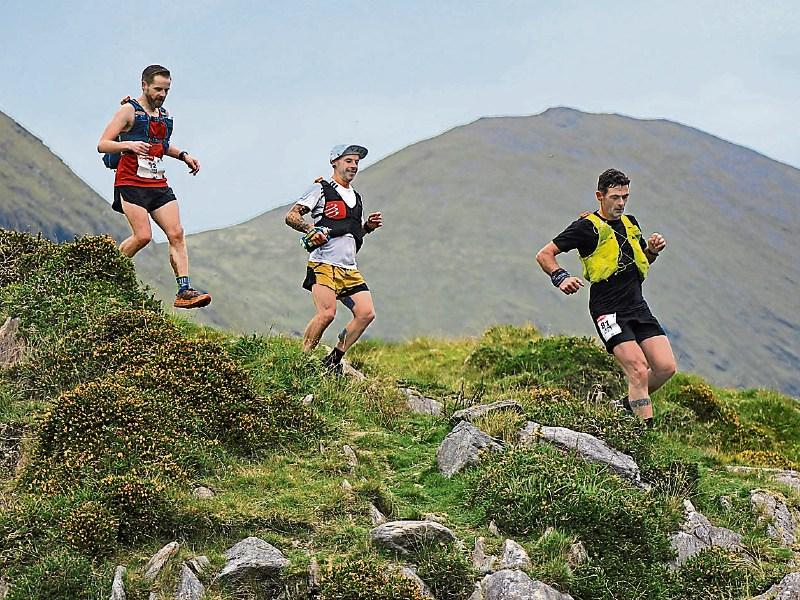 Hard to stay awake for almost 23 hours straight but imagine then traversing the mountains, roads, bogs and lanes of Kerry during those same 23 hours and all at a pace that would break most mortals and then you get some idea of what Leitrim Village’s Ricki Wynne spent his time doing last Friday.

Already well known for his long distance running exploits, the former Allen Gaels and Leitrim Gaels footballer finished a superb second in the Kerry Way 200 km Ultra Marathon last Friday, September 3! Yes, you read that right - 200km or, in old money terms, 124.27 miles and all while trying to beat a few more like-minded athletes tackling one of the toughest events on the Irish sporting calendar.

The Drumshanbo AC athlete completed the epic journey that started in Killarney and ran parallel to the famed Ring of Kerry road on the Iveragh Peninsula and the first check point would have had a familiar name for Ricki as he passed through Glencar on his way to Glenbeigh.

The Kerry Way traverses one of Ireland's most spectacular mountain ranges with magnificent coastal views, lakes, moorlands and lonely glens with a mixture of tarred roads, lanes, bogs and mountain passes underfoot.

Ricki’s journey then took him through Waterville, Caherdaniel, Sneem, through the home of the famous Pat Spillane in Templenone and on to Kenmare before climbing back over the mountains and down the finish in Killarney.

It took Ricki 22 hours 53 minutes and 55 seconds to complete the course that featured over 5,500m of climbing or, to put it another way, seven and a half times the height of Croagh Patrick!

The Kerry Way is not just a test of athleticism and endurance but a gruelling examination of endurance and fortitude as the rules of the competition make crystal clear.

The event is a self-sufficient race so no food will be provided by the organisers and there will be emergency water only at Support Crew Stops and this will be strictly adhered to!

Indeed, if a competitor accesses his support group outside one of the eight designated Support Crew stops, where food, water and gear changes can be made, the athlete will be automatically disqualified.

With the race starting at 6am, each competitor must have at least one head torch with a minimum of 200 lumens strength although spare batteries and a second head torch, either carried by the competitor or the support crew, is allowable.

An ability to navigate is also vital as the organisers say “The Kerry Way is a mixture of mountain passes, green trails, boggy ground, wire-covered sleepers, country roads and a minimum of main road. There are 'Yellow Men' markers along all the route but remember, these markers are for walkers and for use in daylight so competitors will have to be aware of their intended route and look out for these markers. An ability to navigate would help. Remember, it is your responsibility to follow the trail.” 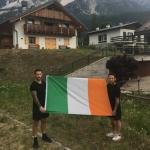 Ricki finished second behind John McKeogh from Limerick who broke the course record in a time of 22 hrs 25 mins 44 seconds while Keith Lane was third in a time of 23:06:53. The women's race was won by Dutch athlete Lianne Van Dijk in a time of 28 hours 39 mins 05 seconds.