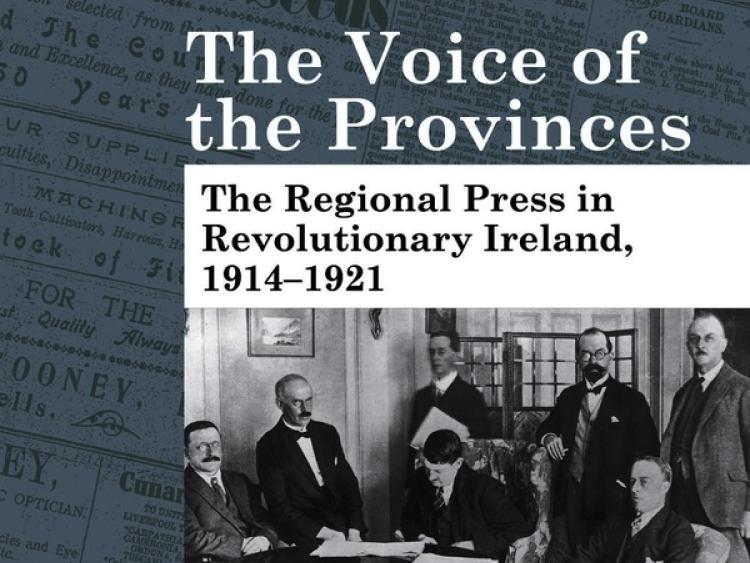 Without social media and 24 hour live news feeds the people of Leitrim could only rely on the local newspaper to give them an insight into local and national events in the early 20th century.

A new book The Voice of the Provinces examines the role that regional papers played in Revolutionary Ireland from 1914 to 1921.

The Leitrim Observer was established in 1889 by the Mulveys from Ballinaglera, but it was Patrick Dunne who became the name most associated with the paper.
He took over in 1904 and remained editor-proprietor until his death in 1968. Dunne joined the Irish Volunteers at an early stage and subsequently became a member of the South Leitrim Brigade of the IRA. He facilitated clandestine meetings of like-minded nationalists by making his premises available for such a purpose.

Author Christopher Doughan says “It is not certain whether such activities or the sentiments expressed in his papers attracted attention of the military authorities but in November 1920 Crown forces paid the offices an unwelcome visit.”
On November 10, 1920 what are now known as the Black and Tans raided the office and caused such damage that it kept the paper out of print for two years. Patrick Dunne and his sister Eliza were held at gunpoint and the printing office was set on fire.
Dunne was arrested three weeks later and interned at Ballykinlar Camp in Down.

Dunnes’ obituary claimed the paper was such a powerful “medium to imbue the national spirit into the people of Leitrim that the Black and Tans, on arrival to the county went first to the office, destroyed the plant and burned the premises.” 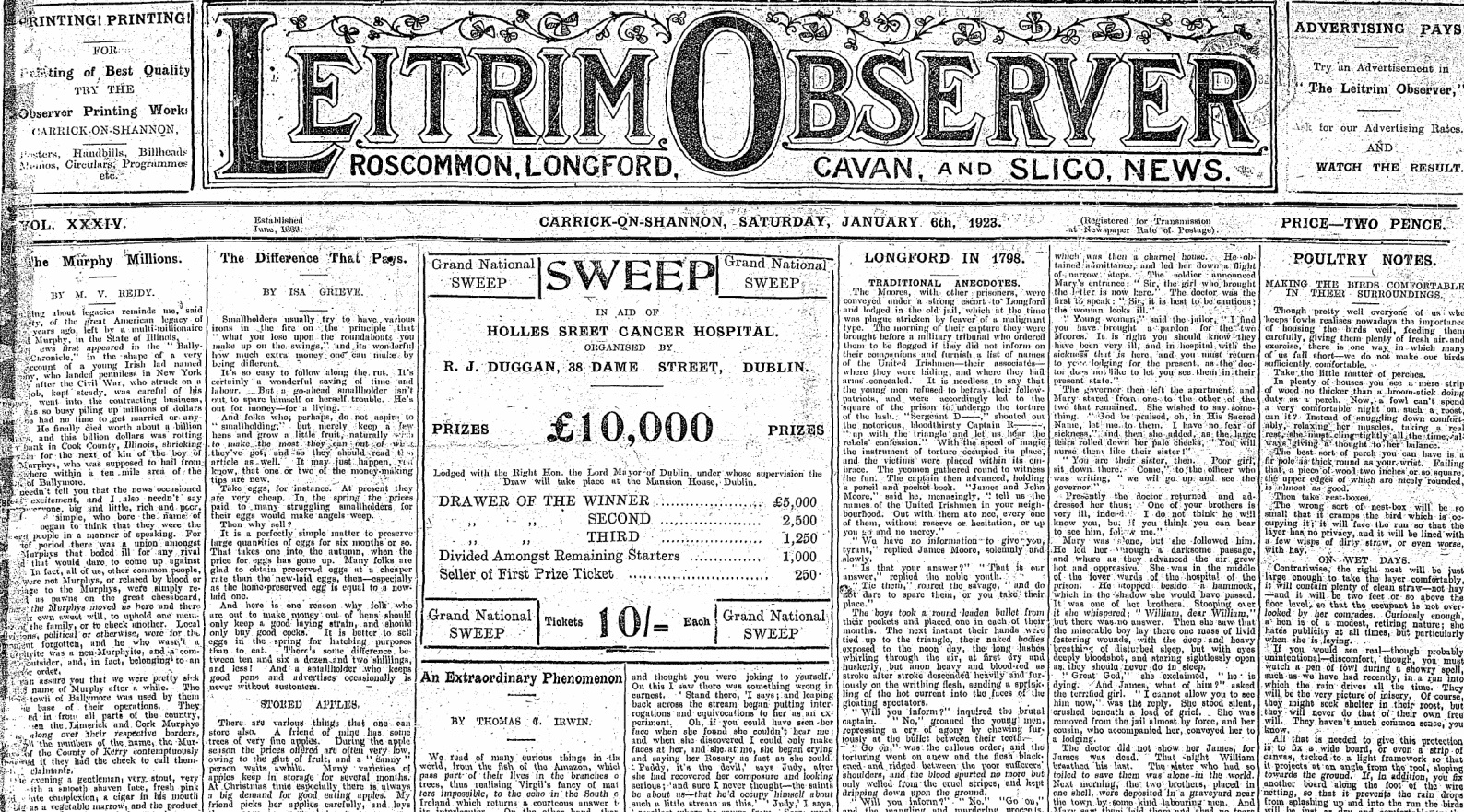 On its return to print in January 1923 the paper stated “in the past we have endeavoured to sustain the faith and courage of the people during the blackest days of war, and accordingly we were singled out for ruthless treatment and attempted extermination or our paper and our livelihood.”

This book outlines that frequently there were no opinion pieces in the paper but “when its lead articles did turn their attention to national issues it did not fail to provide compelling reading.” The paper did show favour towards Sinn Féin especially after 1918 elections but didn't offer much opinion on national movements aside from enlistment and conscription.
Dunne did condemn Crown Forces in 1920: “they can shoot down Irish civilians without provocation and then hold a court of inquiry themselves and pronounce themselves justified. No such terrible weapons have been used to break people’s will since the Tsar of Russia was forced to abdicate.”

Less than three months later the paper was burned down, so we do not know what Pat Dunne thought of the Anglo Irish Treaty.

Easons is selling this book at €112 or you can get it on amazon or on the publishers website liverpooluniversitypress.co.uk for £80.

Also read: Leitrim Mammy Diaries - All good things must come to an end, even naps