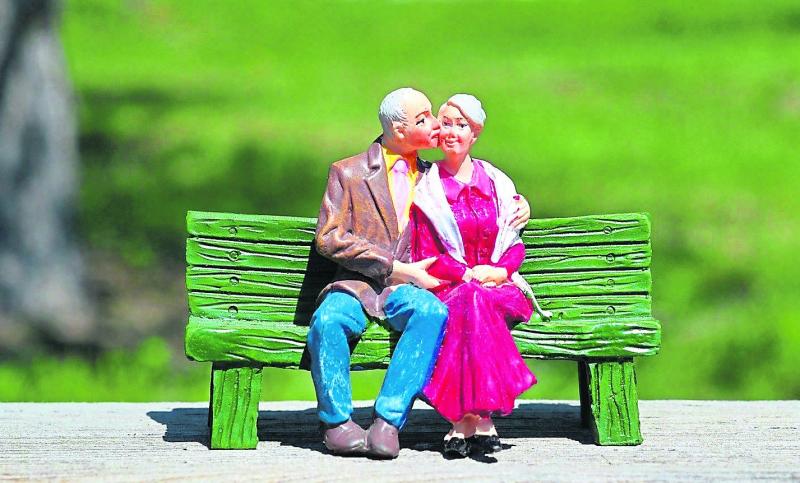 The pandemic has not just worn everyone out, but it looks like from a financial perspective, it has changed some people’s minds about what age they’d like to retire at

OVER the past six months, I’ve had many meetings with people where their opening line began as, I want to retire earlier than planned, how can I make that happen?

The pandemic has not just worn everyone out, but it looks like, from a financial perspective, it has changed some people’s minds about what age they’d like to retire at.

Maybe they don’t want to default to 65 like everyone else.

But how can they do that without having access to a regular source of income?

They don’t think they can access their private pension and the state pension won’t be paid for another five or six years so who’s going to pay them until then?

One solution is actually accessing their pension fund earlier, which can be done if they move it into a Personal Retirement Bond (PRB) mechanism. With a PRB, you can access your fund from age 50 onwards.

The difficulty with doing something like this, is the danger of running down your pension fund when you are still relatively young.

The solution to overcoming a predicament like this, is by increasing existing contributions with a view that you will retire at 60, and you’re planning on a 35-year retirement.

And I say 35 years on the assumption that you’ll retire at 60 and live until you’re 95, and how can you do that without ever running out of money during that time period?

You can do so by applying the following multiples which are based on a withdrawal rate from your pension fund of 4% per year:

300 times monthly expenses gets’ you a 25-year run rate with your pension fund and probably okay if you want to retire at 65.

420 times your monthly expenses get you a 35-year run rate and probably okay if you want to retire at 60.

360 times your monthly expenses get you a 30-year run rate which is probably okay if you want to retire somewhere between 60 or 65.

So, the age you wish to retire at, will influence the multiple you choose.

And the age you decide to activate your pension will change the dynamic and how long it will last for. Some people want to take, a higher income now when they are young enough to enjoy and spend it, knowing that as they get older, they’ll spend less.

So, they’re happy to front load the withdrawal from their pension fund, rather than just planning to take the same amount when they are 55 or 75.

And they’re probably right because it’s unlikely their spending needs will always be the same.

Obviously, if you wait until you take your pension at 65 it will grow larger and will last longer, but how do you take it sooner, when you’re younger and do so without fear of ever running out of money?

There’s no silver bullet response I can give other than you simply need to save more, as I’ve just outlined.

And that save more can come from inside or outside a pension mechanism.

So, you are adding on average about €874 to your annual income for every year you delay taking your fund.

Overall, delaying activating, your pension fund can lead to a significant increase in (a) the amount you can take from it each year and (b) it can provide an extra layer of long-term financial security for you because it will last longer.

All fine and good in theory, but what if you don’t want to wait that long and still want the option to retire at 58 or 60, and the pension route isn’t one you can or want to choose, what then?

What then, it’s pretty straightforward and its using cash or investments or shares that hopefully you’ve built up over the years. They can be used to fund your lifestyle until you activate your pension fund when you’re older.

It’s a pretty simple solution. But first you need to work out what your monthly spending requirements are. And I did exactly that for a client of mine recently.

Long story short, the plan she had in place meant there would be a shortfall at age 60 of c. €400 each month from what she needed.

It was much less than she thought it was going to be. She couldn’t make the connection to her pension funds and what she thought she needed to spend each year, so she was pleasantly surprised.

But what did that €400 difference mean because after all she was still 12 years away from the age, she thought she wanted to retire at.

Assuming she made no changes to her current plan, in 2033, we knew there was going to be an income drop and a subsequent deficit with her monthly cash flow of €400, but it was only going to last for a period of 6 years’ until the state pension was going to kick in.

So, there was going to be a period of 6 years’ where there’d be a shortfall based on her existing plan, but at least she had time on her side and could begin planning now to make up that deficit, rather than discovering it when it was too late to do anything about it.

So, from a future planning perspective, the amount she needed to save each month for the next 12 years, was €200.

If she could do that, the income she’d be in receipt of from her pension, along with paying herself €400 from this account each month, would be enough to allow her retire at age 60.

Anyway, she said, how great it was to know this now, 12 years’ in advance rather than finding out when she was older, when she wouldn’t have the time or perhaps the resources to make up the difference.

It’s really quite simple, do people know and do this? She asked.

And it is simple once you know how much you think you’ll spend in retirement and what your existing funds and savings will translate into.

Once you know both, it’s easy to work out how much you need to save in the interim.

Do people know and do this?

I’m not so sure if, they’ve run the numbers themselves or ever asked anyone to do it for them, but perhaps they should particularly if they want to fast forward retirement.

Liam Croke is MD of Harmonics Financial Ltd, based in Plassey, Co Limerick. He can be contacted at liam@harmonics.ie or harmonics.ie