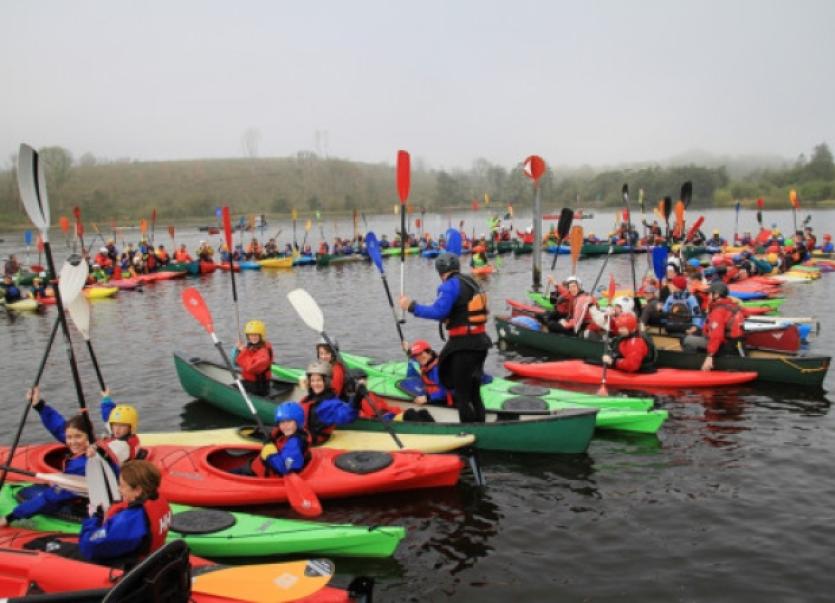 The Shannon Blueway is the first of its kind in Ireland where a myriad of recreational activities have been developed and bundled together as a single or multiple visitor experience and tourism proposition.

Waterways Ireland has, using the wonderful waterway assets, developed and built a canoe trail from Drumshanbo through Battlebridge and Leitrim Village to Carrick-on-Shannon.

It has also developed a series of looped walks adjacent to the Lough Allen Canal with plans to expand those walks to Drumshanbo and Carrick-on-Shannon.

At the same time Waterways Ireland is also developing a canoe trail from Leitrim Village along the 63km of the Shannon Erne Waterway with a walking and cycling trail also at an advanced stage of planning.

At the official opening Minister Heather Humphreys said “I am delighted to be launching this project here in Leitrim today.

“The Shannon Blueway has the potential to have a very positive impact on jobs and the regional economy.

“With the market for off road adventure tourism is growing here in Ireland and internationally, Leitrim is in a prime position to benefit from this trend.

“The launch of the Blueway will allow local businesses to capitalise on an increase in demand for transport, equipment hire, accommodation and entertainment.

“I would like to commend Waterways Ireland for this initiative, which I have no doubt will have a very position impact on the region.”

Carrie Crowley said “as a self-confessed blow-in to the area, the Shannon, the wonderful countryside and Leitrim people have provided me with a tranquil and inspirational place to work and a home away from home. The only problem is, now our secret is out!”

The Shannon Blueway is being delivered by Waterways Ireland in partnership with the Irish Sports Council, Canoeing Ireland, Leitrim County Council, Leitrim Tourism and Fáilte Ireland.

Cllr Paddy O’Rourke, Cathaoirleach of Leitrim County Council confirmed “The Shannon Blueway is an integral part of the Leitrim Recreation Strategy and we are delighted with the close cooperation with Waterways Ireland which has delivered

The wider Shannon Blueway of which the Drumshanbo to Carrick-on-Shannon section is part, is at the heart of access to 100km of paddling area, 6 looped walks: 3 of which are on the canal towpath, two long distance walks and three heritage trails.

The Shannon Blueway will ultimately provide access to 14 towns and services with each access point and town within an hours’ paddling time.

Chief Executive, Dawn Livingstone confirmed that partnership was the key to delivering the Shannon Blueway “Waterways Ireland has invested significantly in creating world beating facilities and services on the Shannon Navigation.

“Through our partnership with the National Trails Office, Canoeing Union, Leitrim Tourism and Leitrim County Council an outstanding multi-activity product has been built in the Shannon Blueway which is now being packaged by clubs and communities for their recreational activities and companies and organisations for domestic and international tourists.

“Partnership is key to delivering the future of the Shannon Blueway further into Leitrim, and indeed into Roscommon, Longford and Cavan.”