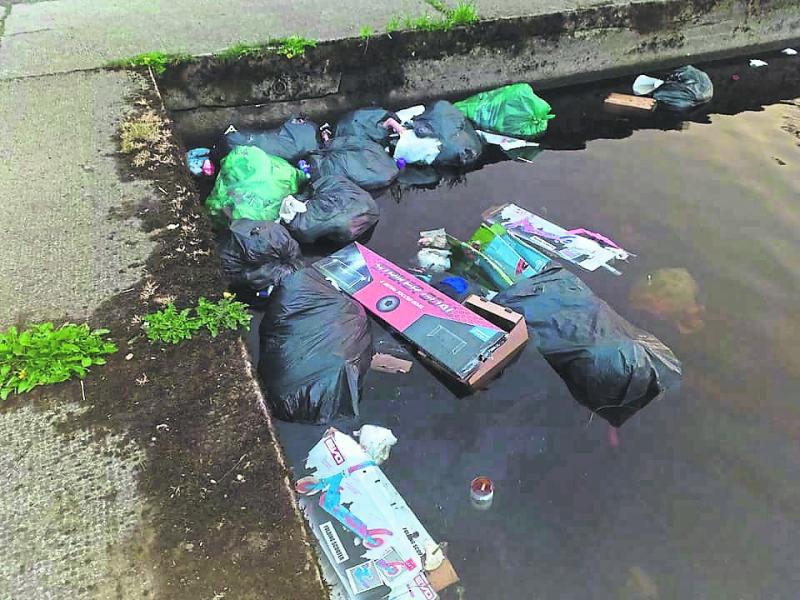 Rubbish dumped in Lough Melvin in May 2019

The month got off to a good start for the Save Leitrim group after they enjoyed their first successful appeal against plans to allow forestry in an 'environmentally sensitive' area of North Leitrim.
The hugely successful Corn Mill Theatre in Carrigallen also had plenty of reasons to celebrate after they won the Abbey Theatre Award, the Adjudicator's Award and the Best Stage Lighting Award.
In Carrick-on-Shannon planned changes to the traffic flow along the Leitrim road, Main Street, Priest's Lane and the link road from the fire station to the Department or Social Protection Offices were brought into play. There was some confusion for motorists as previous two way roads were changed to a one way traffic flow but fears of ongoing problems as a result of the new system have since been allayed.
Thirty candidates threw their hat into the electoral ring this month in the local elections.
The elections on May 24 returned 18 councillors, however well known members, John McCartin and Cllr Sinead Guckian confirmed they would not be contesting their seats.
It turned out to be an election of firsts on a number of fronts after the two day count saw Fianna Fáil's Mary Bohan returned as the longest serving councillor for her party in the country.
Fine Gael's Ita Reynolds-Flynn also achieved a first becoming the first female councillor elected in the Ballinamore electoral area. 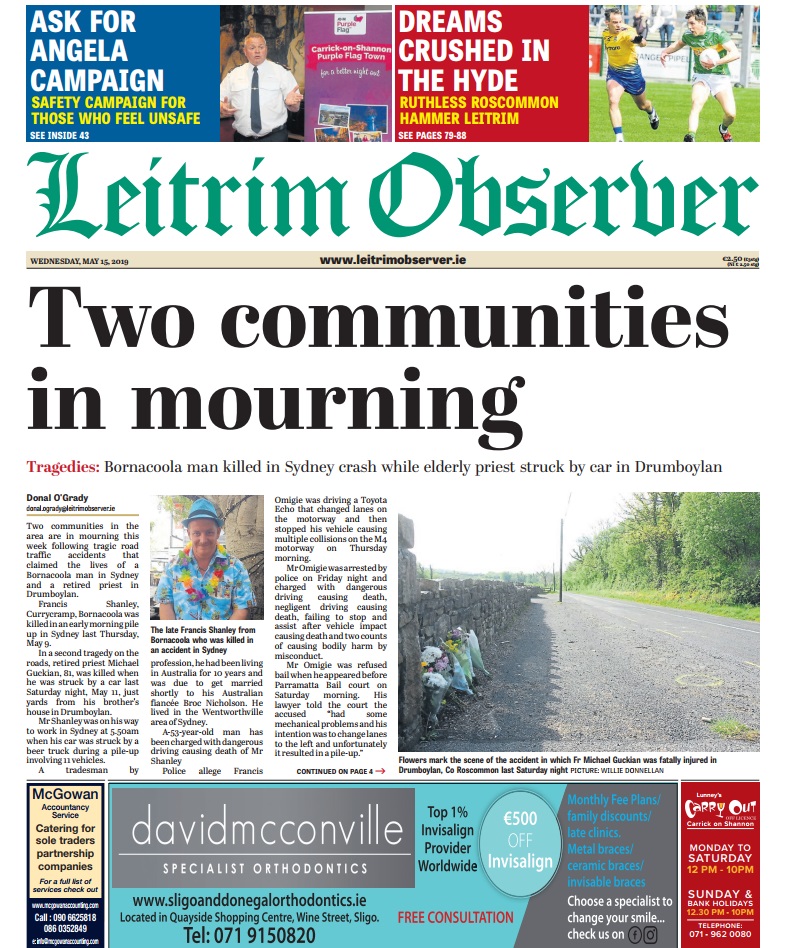 Fianna Fáil also scored another first this year with Paddy Farrell becoming the first councillor to be elected to Leitrim County Council from the Leitrim Village area.
2019 also marked the first time since the council was divided into three electoral districts, that all sitting councillors were returned in the one area - Manorhamilton.
May was also a sad month. Two local communities were left in mourning after road traffic accidents claimed the lives of a Bornacoola man in Sydney and a retired priest in Drumboylan.
Francis Shanley, Currycramp, Bornacoola died after a multiple-vehicle road traffic accident in Sydney, Australia on Thursday, May 9 while in a second tragedy, retired priest, Michael Guckian, aged 81, was killed when he was struck by a car on May 11 just yards from his brother's home.