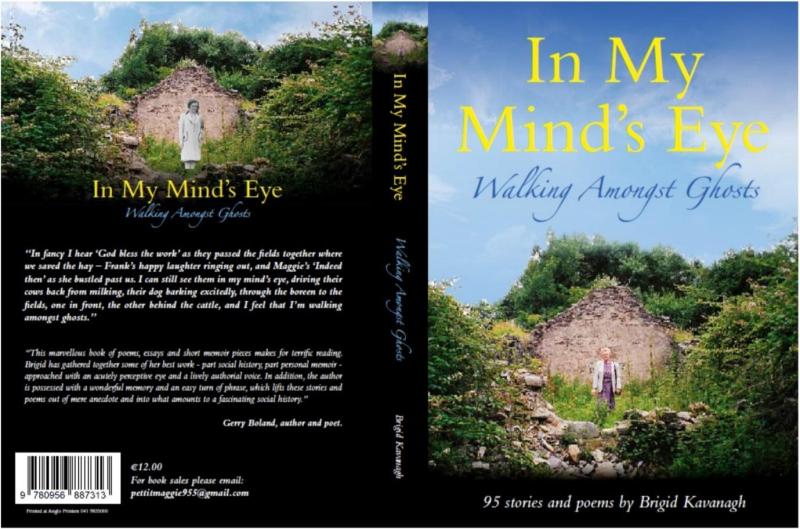 In a truly remarkable story, Strokestown native, Brigid Kavanagh, aged 95, has just published her first book, a collection of short stories and poems, written over a 40 year period.
'In My Mind’s Eye – Walking Amongst Ghosts' paints a vivid picture of both harsh and happy times – folklore, customs, social and local history - all in Brigid's own vivid and often humourous style.
Brigid was born on February 17, 1926, in the townland of Bunnamuca, near Strokestown in Co Roscommon.
She was reared on a small farm by her parents, John Shiel, a carpenter, and Mai (Gilleran), a housewife and farmer and was one of 10 surviving children.
She left home for England in late 1944 where she commenced nursing training in St Albans, London. It was there that she met her husband, Michael Kavanagh, a Galway native. They married on July 30, 1947 and returned home in December 1948, settling in Dublin.
The young couple lived in Baggot Street for four years before buying a house in Ranelagh in 1953. Twenty years later they moved house to Windy Arbour, Dundrum, where Brigid still lives today.
They had six children and after 56 years of marriage, Michael passed away in 2003.
It was Michael who was the inspiration behind Brigid's first foray into the publishing world. The first story Brigid had published was in praise of her husband, and appeared in the Evening Press newspaper in 1978. He wasn’t aware of the piece and she signed it ‘BK’ so as not to embarrass him.
However this was not her first piece of writing . Aged 12, as part of the 1938 Folklore Collection in schools, she wrote a story, given to her by her father, about the Mahon landlords who ruled Strokestown from their Demesne in the town.
She started writing regularly in the early 1980s on the now redundant typewriter. Ironically, this was while she was recovering from breaking both wrists after an accident. 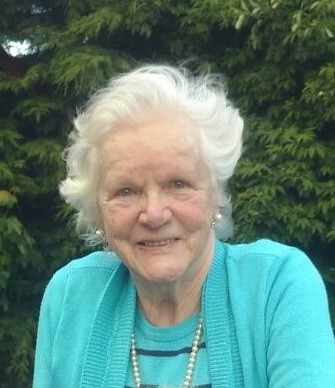 She attended writers’ classes courtesy of DATE (Dundrum Adult Training & Education) from 1984, and continued to write over the next decade.
It was in the early 1990s that she submitted insightful recollections of her rural childhood to the Ireland’s Eye magazine. This was followed by contributions to Ireland’s Own and many of her stories have since been published in both magazines.
These stories form the basis of her book, intermingled with biographical and historical accounts of people and events mainly connected to her native Roscommon.
She has also written some fiction, both serious and humorous, and her poems are usually linked to a story in each of the book’s 19 segments.
Brigid is a long-time member of the Roscommon Association in Dublin and had one of her first articles published in the Roscommon Association Yearbook of 1993. She has made regular contributions to this and to its successor, Roscommon Life.
This collection puts most of Brigid’s work, published and unpublished, under the one roof, so to speak – 95 stories and poems, one for every year of her life so far.
Her success is a lesson for all of us to never give up, to persevere until we achieve our goals in life.
Brigid recently appeared on RTE news where her positive story helped to cheer the whole nation.

'In My Mind’s Eye – Walking Amongst Ghosts' by Brigid Kavanagh is available in selected newsagents or by contacting Declan at 087 2484530.